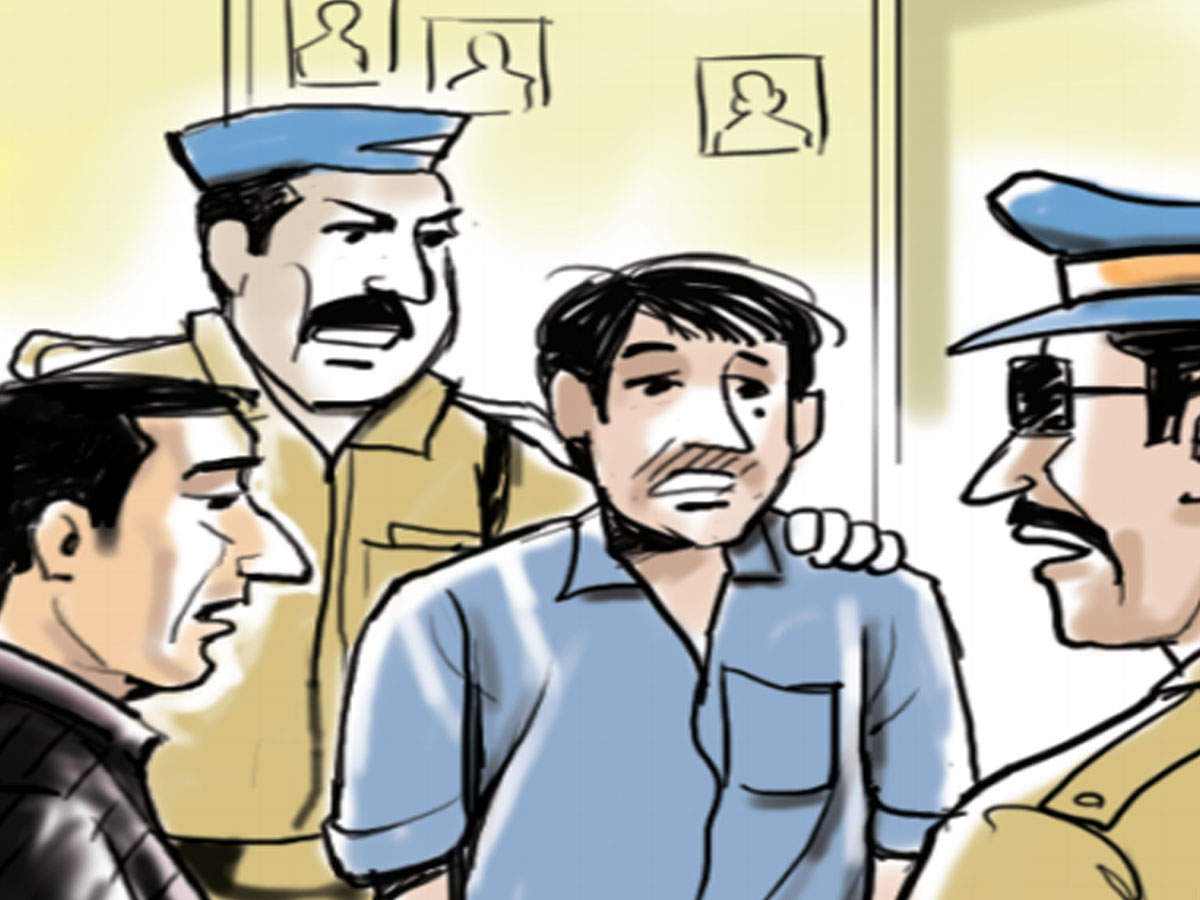 Externments infringe upon the Freedom of Movement under Article 19(1)(d) and Personal Liberty under Article 21. Though held constitutional, the amount of discretion vested in executive authorities with regards to Externments bring in question the procedural fairness. The author argues against the arbitrariness of such procedure as violative of Article 19 and 21 and makes a case for the creation of an independent authority to look into the orders of externments to make the process less arbitrary.

Recently, the Allahabad High Court, while quashing an outlived externment order, observed that externments are a serious inroad on a citizen’s liberty and the declaration of goonda is irreversibly “ruinous of his reputation”. Relying on Subramanian Swamy v. Union of India, the court ruled that the right to one’s reputation is an unquestionable facet of the Right to Life and Personal Liberty under Article 21 of the Constitution. These expressions used by the courts while dealing with externments have been quite normal, however, the existing externment procedure continues to remain unchanged.

Externment orders are passed to control anti-social elements or goondas under the state-specific laws which provide for their inter as well as intra state removal for a certain specified period. The power for such removal has been conferred to administrative authorities, specifically to District Magistrates and City Commissioners. These state-specific laws on the subject are modelled on similar lines to Section 55, 56, 57 of the Bombay Police Act, 1951.

As per Section 55 of the Bombay Police Act, 1951 whenever the empowered government officer is satisfied that any gang or person is causing danger, he may direct such person(s) to remove themselves outside the area within the local limits of their jurisdiction. Further, Section 59 mandates that before an order under Section 55 is passed, the officer-in-charge shall inform the person of the material allegations against him and shall give him a reasonable opportunity of tendering his explanation. Moreover, the State Government’s order “cannot be called into question by any court except on procedural grounds”. On the failure of a person to leave the specified area, the concerned authority can cause him to be arrested and moved into police custody.

The courts have upheld the constitutionality of externments as a reasonable restriction on Article 19(1)(d) of the Constitution, which guarantees the right to movement. On the procedural aspect, the laws relating to externments have been upheld as such actions have an element of emergency and require taking of prompt decisions to protect public peace and tranquillity; therefore, executive action is necessary disregarding the requirement of judicial scrutiny.

However, as a matter of fact, if the executive authorities are vested with enormous amounts of power and discretion without any judicial interference, the factor of arbitrary misuse can never be discarded. Justice Holmes, the celebrated American Judge once observed that ‘we have to choose and for my part, I think it is a less evil that some criminals should escape than that the Government should play an ignoble part.’

Externments infringe upon the Freedom of Movement under Article 19(1)(d) and Personal Liberty under Article 21. Therefore, there is a need to rethink the existing externment procedure, in a way that sufficient procedural safeguards are provided.

From the 1950s to the 1980s, the Supreme Court’s ruling on laws relating to externments has gradually transformed its liberal approach of dealing with Article 19(1) to a moderately strict approach thereby protecting individual liberties over state actions. In this regard, a corollary could be drawn with the privacy cases right from MP Sharma to Puttaswamy.

In the judgement of Dr. N.B. Khare v. State of Delhi delivered in the 1950s, the majority upheld the provisions of the East Punjab Public Safety Act, 1949 which provided for the externment of unwanted persons as a reasonable restriction on Article 19(1)(d) of the Constitution. Authoring the minority judgement, Justice Mukherjea opined that the provisions prescribing for externment of individuals by executive authorities are grossly unreasonable as the same is not subject to any objective rule or standard. He stated that if by mandating judicial scrutiny, public safety would be jeopardised, some independent external body should be vested with this responsibility.

In Gurbachan v. State of Bombay, the Supreme Court upheld Section 27(1) of the City of Bombay Police Act, 1902, which provided for externments up to two years as a reasonable restriction on Article 19(1)(d).

The majority in Hari Khemu v. Deputy Commissioner of Police rejected the plea for the creation of an advisory board for scrutinizing orders under the Bombay Police Act, 1956 as there exists “no universal rule for having an advisory body”. Justice Jagannathadas authoring the minority opined that any person who has been previously convicted of an offence would come within the purview of the provision if the officer concerned has reasons to believe that such person is likely to engage himself in the commission of a similar offence. Further, he observed that as the proper balance between social control and fundamental rights is not achieved, it could lead to serious encroachments on the personal liberty of the person concerned. Hence, depriving citizens of their liberty by vesting such powers with executive officers instead of the ordinary routes of criminal justice procedures was found to be unreasonable.

In Baghubhai Dullabhabhai Bhandari v. District Magistrate Thana, Justice Jagannathadas, giving a separate concurring opinion, expressed his worries that a person could be externed by executive order for a period of two years without a review. He stated that though externment may not seem to be a serious deprivation of liberty, it can turn out to be much more gruesome in actual practice.

Coming to the late 70-80s, therein, the Supreme Court was more inclined towards safeguarding individual rights over state actions. In State of Madhya Pradesh v Baldeo Prasad, the court observed that the condition precedent for passing an externment order under the Central Provinces Berar Goondas Act, 1946, is that the person against whom such an order is passed should be a goonda and in this regard, no tests for determining a goonda has been laid down. Moreover, no opportunity has been accorded to the person to show cause that he is not a goonda. The court ruled the legislation to be an unreasonable restriction on Article 19(1), therefore being ultra vires the Constitution.

Similarly in the State of Madhya Pradesh v Bharat Singh, the Supreme Court declared a law providing for externments to be unconstitutional as no hearing was accorded to the person externed.

Lastly in Prem Chand Paniwala v State of Delhi, the Supreme Court gave a blow to the unfettered powers given to executive officers through the laws of externment. The Supreme Court observed that the fundamental right to personal liberty cannot be left at the mercy of the police. It ruled that to restrict a person’s fundamental rights, stringent tests must be applied, and principles of natural justice should be necessarily followed.

From the above discussion it can be clearly made out that an externment order primarily infringes upon Article 19(1)(d) in as much it restricts movement of the person concerned and Article 21 as declaring someone a goonda is detrimental to his/her reputation.

In Maneka Gandhi v Union of India, the Supreme Court held that law circumscribing personal liberty should stand the test of procedural fairness under Article 21 and such other fundamental rights test under Article 19. Further, in Prem Chand v. UOI, while invalidating an externment order, the court laid down that natural justice principles should be fairly complied with when a person’s liberty or the right to move is restricted. It also observed that any form of non-compliance is a direct violation of Articles 14, 19 and 21.

Furthermore, Justice Fazl Ali in AK Gopalan v State of Madras stated that a procedure under Article 21 should necessarily include four components namely, (i) a proper notice, (ii) an opportunity to be heard, (iii) an impartial tribunal and (iv) the ordinary course of the procedure. This minority reasoning was accepted in RC Cooper and then conclusively affirmed in Maneka Gandhi.

Moreover, it has been established through Maneka Gandhi and several other subsequent pronouncements that when a person’s life and liberty are in question, a judicial proceeding should necessarily be accorded. This implies a proper hearing before an impartial tribunal. In a true sense, an impartial tribunal mandates for an impartial and independent judge who is not influenced by personal or pecuniary interests and is free from any executive instructions. Subsequent to Maneka Gandhi, the right to a fair trial has been guaranteed under Article 21 and the same ensues trial before an impartial tribunal having an independent judge. In Jayalalitha v. State of Karnataka, it was stated that the main objective of criminal procedural fairness is a fair trial that should not be hampered. Therefore, it can be conclusively stated that a free and impartial trial is the sine qua non for Article 21 scrutiny. It is not only a fundamental right to be accorded to all but also a basic human right that cannot be abridged.

The aforesaid discussion establishes that a proper procedure under Article 21 should necessarily envisage scrutiny by an independent tribunal.

With regards to passing an externment order, it is known with certainty that an element of emergency and threat exists. Therefore, the executive authorities have been given the discretion to pass orders without being subjected to any judicial scrutiny. Hence, if something could be devised that would not take away the necessary powers from the executive’s hands and at the same time gives a level playing field to the judiciary, it would be a win-win situation. In such a scenario the powers of the executive and the liberty of individuals could be balanced thereby safeguarding the fundamentals of our Constitution.

The impartial tribunal or the advisory board herein advocated for would function in a purely advisory capacity. The board’s advice would be binding only when there are no sufficient causes for detaining the person concerned.  This advisory body would have a passive role to prepare a fair and impartial report of whether there are sufficient causes to extern the person concerned; to conduct an objective assessment of the material based on which the administrative authority has made its decision, and to call in question any document the board seems necessary. As far as procedural exigencies are considered, something similar to the Kerala Anti-Social Activities Prevention Act, 2017 could be devised. The Act mandates an independent advisory board for scrutinising externment orders. Section 15 of the Act states that the concerned executive officer if satisfied that the activities of a goonda is prejudicial to the society, may after giving him a reasonable opportunity to be heard, direct his removal. Further, any person aggrieved by such an order, may within fifteen days represent himself before an advisory board constituted under Section 8 of the Act and headed by a retired high court judge.

The aforementioned procedure would balance the situation as the scrutiny of externment orders by an impartial body would safeguard Article 21 rights against whimsical executive actions; while simultaneously concur with the rule laid down in Hari Khemu and other landmark decrees requiring executive autonomy.

As per the existing jurisprudence on exterments, the judiciary is generally satisfied with laws of externment if they are in accordance with the principles of natural justice. However, considering that externments infringe upon an individual’s liberty, there is a pressing need to set the procedure right by mandating independent scrutiny. The dissents by Justice Mukherjea in Khare Case and Justice Jagannathdas in Hari Khemu are prime examples of the drawbacks present in the laws relating to externments. The legislature along with the judiciary will have important roles to play in this kind of reconstruction of externment laws.

The author is a B.A. LL.B. (Hons.) student at the West Bengal National University of Juridical Sciences, Kolkata.