A critical analysis of the Indian legal scenario & suggestions for reform 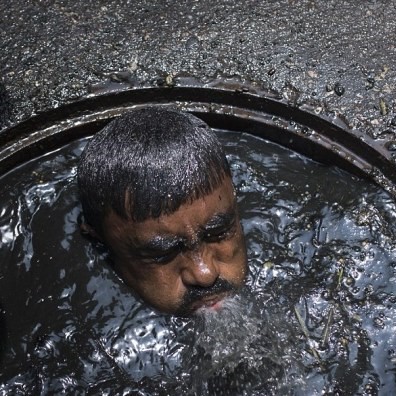 In India, manual scavengers’ search for dignity and basic rights has still not ended. Yet another year has passed and no concrete step has been taken by the government. Promises made have been forgotten. In her latest budget speech, the Hon’ble Finance Minister Nirmala Sitharaman  emphasized that the government is determined to eradicate manual cleaning of sewage tanks. Like all previous years where ministers have talked about this evil, this year was no exception.

Sitharaman’s remarks have left one big question lingering. It was only in the year 2019 that the government reported a total of 110 deaths of our unsung heroes. The government has recently announced an insurance scheme for all medical workers who are on the frontline, fighting against COVID-19. If healthcare workers die on duty, they are called martyrs. They have their life insured. But if our sanitary soldiers die, no one bats an eyelid. Do they not save a population of 1.3 billion from life-threatening diseases?

The Employment of Manual Scavengers and Construction of Dry Latrines (Prohibition) Act was passed in 1993 which, for the first time made manual scavenging a cognizable criminal offence. But it was a dead letter, and astonishingly, thought the practice was openly prevalent, there was not even a single convict under the Act. Then, the parliament enacted the Prohibition of Employment as Manual Scavengers and their Rehabilitation Act, 2013. There was a change in perspective as the new legislation was aimed to preserve the rights of the manual scavengers and address the issue of rehabilitation, rather than just prohibiting dry latrines. It also imposed stricter penalties and makes the offence non – bailable. It also mandated an obligation on the local authorities to provide sanitary latrines, which was missing in the earlier legislation. Thus, the new legislation served as a ray of hope to thousands of people. However, much to their dismay, it was poorly implemented.

The Hon’ble Supreme Court had dealt with the matter in a PIL filed by an NGO called Safai Karamchari Andolan. The court referred to several international covenants to which India is a part of Universal Declaration of Human Rights (UDHR) and Convention on Elimination of Racial Discrimination (CERD) inter – alia. The court recognised the rights of these workers and the importance of rehabilitation. It directed the government to strictly implement the provisions of PEMSR Act, 2013.  Earlier, in 2011 the SC in deciding a matter relating to death due to manual scavenging in Delhi Jal Board v. National Campaign for Dignity & Rights of Sewerage, had criticized the government for its inaction and highlighted the predicament of this sections of the society. It also ordered a higher compensation for the family of deceased and ordered the local authorities to adhere to the orders of the Delhi Court to ensure security of manual scavengers.

Insufficiencies in the Legal Framework

It breaks the heart to voice that even after 70 years of independence, India hasn’t been able to break free the shambles of manual scavenging. The difficulties of manual scavengers’ stem from the fact that no state is willing to accept to their existence.

Limited Scope of the Act

The aim of the Act is to prohibit any form of manual scavenging. However, the Act vetoes hazardous cleaning, only on the condition when workers are not provided with a protective gear. The Act fails to define “protective gear” which can be a detriment as, due to this ambiguity in definition, sometimes employers just give them gloves, which fulfils the criterion of protective gear. But merely providing gloves does not stop them from the exposure to health hazards. This further legitimizes the inhumane practice, and defeats the very purpose of the Act.

Redundant technology is one of the major reasons behind the failure to eradicate manual scavenging. The septic tanks are not designed spaciously for machines to clean which forces humans to enter and clean. They are exposed to obnoxious fumes which lead to deadly diseases. The fact that many cities have sewerage systems which do not cover the entire area, aggravates the problem and highlights the possibility that this problem will not be eliminated only through enacting legislations.

It is an open secret that the Indian Railways is the largest employer of manual scavengers, disguised as private contract workers. The hypocrisy is that it is the government itself which harbours the largest network of manual scavengers and on the other hand formulates legislations to eradicate the inhumane practice. The pot can definitely not be calling the kettle black. Can it? The Railways as a symbol of the government has to set an example by reforming its practice and replace manual scavenging by technology. It has made some strides by converting toilets into ‘bio-toilets’ but they are 1 out of 1000.

Cities gradually are pushing towards the goal of becoming the ‘cleanest city’ under the Swatch Bharat Abhiyan. However manual scavengers are dying at an ever-increasing rate and being forced to work in inhumane working conditions which is a blot on the entire mission as it fails to uplift the secluded scavengers from the lowest rungs of the society. Ironically, the programme upholds the dignity of one stratum, and demolishes that of the other. While women of one caste are given isolated sanitation places, that of other are burdened to clean them, and are exposed to the risk of a deadly diseases. How will this ever be justified? The right to health for one cannot come at the cost of violating the fundamental rights others.

The Rights Perspective on Manual Scavenging

“ In no country in the world, people are sent to gas chambers to die.”

Manual scavenging violates a multitude of Fundamental Rights. To start with, it is not a career chosen voluntarily by workers, but is instead a deeply unhealthy, unsavoury and undignified job forced upon these people because of the stigma attached to their caste. The nature of the work itself then reinforces that stigma.[1] The practice is a glaring example of caste and gender – based discrimination, though Article 15 of the Indian Constitution prohibits discrimination based on both. 99% of those involved are Dalits. Women are paid lesser for the same work than men, though 95% of manual scavenger are women. Adding insult to injury, this vicious practice is a direct violation of Article 17, which abolishes untouchability. These sanitary soldiers are treated as untouchables. They are obligated to do the work as a last resort. They have little access to other jobs due to the stigma attached to their previous job, and because they belong to the lowest social strata. Right to practice any profession, under Article 19(1)(a), is also violated. Right to Life under Article 21 includes right to live a healthy life and to live with human dignity. These manual scavengers have to stay in choked sewers and cling  on for hours, cleaning the filth with bare hands. Often they die, asphyxiated with fumes of poisonous gasses. Furthermore, Article 23 prohibits forced labour, and is ridiculed when these people are forced by the upper castes to carry the weight of cleaning millions of septic tanks every single day.

A proper rehabilitation scheme which provides adequate skill development and employment opportunities is required. The Act can be linked to social security legislations already in place, such as the MGNREGA. This would ensure legitimate employment opportunities and a ladder for social upliftment of the secluded workers. A specific authority should be mandated the task for effective implementation of the scheme.

There is a need to shift from manual to technology – based scavenging for cleaning sewage tanks and drains. Further, the Act should properly define what a ‘protective gear’ includes as the practice cannot be completely eradicated immediately. Thus, utmost safety of sanitation workers has to be ensured. The Bandicoot robot, which is India’s first manhole cleaning robot is a great example. It is astonishing that a country which is able to send 104 satellites in a single mission cannot switch to more advanced ways of cleaning.

There should be active coordination between the Centre and the state governments in order to eliminate manual scavenging. A social audit of the 2013 legislation which would highlight all obstacles in the way of guaranteeing a healthy life to the sanitary soldiers. It is only through combined efforts of citizens, agencies and governments by which we can make a worthwhile contribution to uplift their lives. Numerous legislations have come and gone and manual scavenging has been outlawed. However, there are unending deaths and fundamental rights are grossly violated. Thus, it is imperative that this issue, which is a metric of the country’s progress in the field of human rights, is addressed adequately as soon as possible.

The authors are students at the National Law University, Jodhpur.