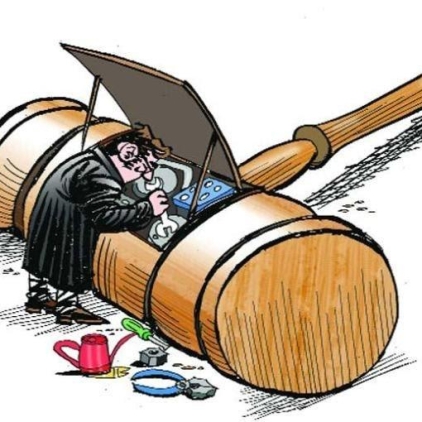 Recent indications that the government has formulated plans to create the AIJS, necessitate revisiting the concerns that have dodged this proposal for decades, and how proposed models seek to address them.

Recent reports have emerged indicating that the Government has prepared a plan for the creation of an All India Judicial Service (AIJS). This is not a bolt from the blue: the creation of the AIJS has been one of the most debated judicial reforms in the recent past. It is one of those that the present Government has focussed on, with the Law Minister recently remarking that it was high time the AIJS was implemented. It was also proposed by the NITI Aayog as part of its Strategy for New India@75.

The idea of the creation of the AIJS was first proposed by the 1st Law Commission in 1958. Article 312 of the Constitution, which deals with the creation of All-India services, specifically mentions the AIJS and the tier of the judiciary it will apply to. The service is to be set up to centralize and uniformize the process of recruitment of District Judges in the Indian judiciary. At present, constitutional provisions give the power of appointment of District Judges to the Governor of a State acting in consultation with the High Court of the state concerned. The AIJS shall centralize this recruitment process. Proponents of the AIJS have justified it on various grounds, the major one being its potential to attract meritorious candidates because of the uniformity, regularity and transparency in the examination process that such a system will entail. However, the idea has not fructified due to the opposition from various state governments and high courts, which have raised a number of concerns about the structure and implications of such a service.

This article discusses the major concerns that have been raised regarding the creation of an AIJS. It focuses on how these concerns apply with respect to two models of the AIJS: the one presented by the Law Commission of India in its 116th Report and that proposed by the 1st National Judicial Pay Commission in its report. The models are largely similar except for some differences of which the relevant ones have been mentioned wherever needed. The article also discusses the arguments that have been made by the proponents of the AIJS to address these concerns, such as –

Threat to the Independence of the Judiciary

The first major concern that has time and again been raised is that the implementation of the AIJS may lead to a threat to the independence of the judiciary. Article 233 of the Constitution prescribes that District judges are to be appointed by the Governor in consultation with the respective state HC. In practice, direct recruits from the bar are taken on the basis of an exam conducted by the High Courts and promotees from the subordinate judiciary are taken on the High Court’s recommendation on a merit-cum-seniority basis. Also, Article 235 states that the ‘control’ over district courts shall be vested in the High Courts. If the AIJS is implemented, appointment power shall get transferred to the Central Government. Thus, there is a fear that this executive interference will lead to an imbalance in the separation of powers and threaten the independence of the judiciary.

This concern assumes added importance in light of the fact that the Independence of the Judiciary has been recognized as part of the basic structure of the constitution. A scheme of the AIJS that is found to be detrimental to the same risks being declared unconstitutional.

However, the supporters of the AIJS argue that as per the Supreme Court’s decisions, ‘control’ over Article 235 includes a variety of things such as control over the conduct of district judges, their future promotions, disputes regarding their seniority, disciplinary jurisdiction etc. The control that is exercised by the High Courts on the District judiciary after initial recruitment will only be affected to the extent that the recommendation of promotion/ disciplinary action will have to be given to the National Judicial Service Commission (according to the Law Commission’s model)/NJSC or UPSC (as per the 1st Judicial Pay Commission’s model). The body concerned will make the recommendation to the President, who shall pass the required orders.

It must be noted that even in the present scheme, the Constitution gives the final power to make appointments of district judges to the executive, and there is no change in the same under the AIJS. Further, concerns about executive control of the process are mitigated by the fact that appointments under the AIJS will be made solely on the basis of performance in the exams prescribed/interview, and there is little discretion that will be enjoyed by the appointing authority. Further, the proposed NJSC is to comprise mostly of retired judges of the Supreme Court and High Court, with the other members being from the bar, thus ensuring that the appointing authority is not dominated by members of the executive. Lastly, the judiciary has not been completely left out of the loop in the proposed system: the interview will be taken by a committee set up for each state by the NJSC and shall include the Chief Justice of the High Court concerned.

While the first concern dealt with the substantial system itself, the second deals with an issue that might arise during the implementation of the system.

Critics have argued that judges posted on an All-India basis may find it difficult to adjust to the local languages and customs of the state they are posted in. The CPC and CrPC give the power of deciding the language of the courts upto those of the District and Sessions judges to the state governments. Most often, the languages that have been prescribed are the local languages of these states. Thus, knowledge of local languages is essential for a judge to be able to record evidence and conduct the proceedings, and lack of knowledge thereof will significantly hamper the effectiveness and efficiency of the process. Knowledge of the local customs of the state is also essential for a prospective judge working in this rung of the judiciary as he/she will often be faced with disputes that involve the local customs of the area.

However, comparison with other All-India services might not be in order because of the powers and duties assigned to a District Judge. The consequence of such a judge committing a mistake because of unproficiency in the local language might be deprivation of a person’s liberty or property. Also, after a judge passes the language test conducted after her/his first year of training, will he have to give a language test again if he is transferred to a different state? Lastly, even though a judge not familiar with the local customs and traditions of a state might, based on his knowledge of law, be able to decide cases, it is indeed possible that there will be a reduction in his/her efficiency because of the differences in culture.

Overall, a consensus on this concern has not been reached as of now. Any outline for an AIJS must keep this concern in mind. The solution may lie in tests on local cultures and practices being conducted, as was proposed in Arvind Datar’s concept note on the Central Selection Mechanism(CSM) for direct recruitment of district judges from the bar. The proposed CSM is limited to centralizing the exam conducted for direct recruitment of district judges from the bar, and is thus a completely different system from the AIJS. One of the proposals in the CSM was that a paper on local languages and customs for each state should be taken, and candidates should be allowed to take as many of these papers as they want to, if they want to apply for posting in more than one state. Whether something similar to this system can be implemented as part of the AIJS is something that can be considered.

Age is not just a Number?

As per Article 233 of the Constitution, a person not in government service should have seven years of service as an advocate to be considered for the post of a district judge. Thus, recruitment is essentially open to two categories of aspirants: judges sitting in lower courts (by promotion) and advocates (directly from the bar). However, in its proposal, the Law Commission argued that to incentivize the fresh graduates from universities to join the judiciary, direct recruitment should be opened to graduates as well, and the age limit for such aspirants should be 22 years- 30 years of age.

This spurred the third major concern regarding the AIJS- that candidates recruited without any courtroom experience will not be able to handle the responsibilities and duties that will be assigned to them. District judges have vast amounts of power in terms of the types of disputes that they can try and the punishments/orders that they can prescribe, and recent graduates who have not performed judicial roles earlier might not be ready for it. It is argued that practical experience cannot be compensated with training alone.

To some extent, this concern was implicitly accepted in both the models of the AIJS. The Law Commission prescribed that the second year of the mandatory pre-service training of new recruits had to be spent under the tutelage of judges at various posts in the subordinate judiciary. Even after the pre-service training of 2 years, a direct recruit shall have to undergo postings in the courts below that of the District and Sessions Judge for 7 years. This was, in part, an attempt to endow new direct recruits with the practical experience and guidance that was felt needed for a judge at this level. In the model prescribed by the 1st National Judicial Pay Commission, direct recruitment has been restricted to sitting judges in the subordinate judiciary and advocates who had practiced for 7 years. Thus, the prescription does not give fresh graduates an opportunity to take the exam.

It seems that whether age is just a number in this context is still a moot point, that  a future model of the AIJS, if implemented, must deal with.

Any plausible model for the AIJS should accommodate the various concerns raised, some of which have been discussed in the article. However, the debate over implementation issues of the AIJS has shifted the focus away from the problems that led to it being proposed in the first place: the lacunae in the current system. These lacunae have been responsible for the large number of vacancies in the lower judiciary and disincentivizing potential candidates from joining the judiciary. For example, on perusing the rules of the examination conducted for the direct recruitment of District Judges from the bar in 29 states, Vidhi found that there is lack of clarity and specification about the authorities responsible, the timeline of the exam and the syllabus in these rules. There is no provision for a grievance redressal mechanism in any state. This has led to a lack of accountability and regularity in these examinations. The lack of a grievance redressal mechanism leads to litigation that sometimes further delays the recruitment process. Overall, the inefficiency of the system can dissuade potential candidates from attempting the examination.

Till the debate regarding the AIJS continues, the present system must be worked on to bring more clarity, transparency, accountability and regularity in the process.

The author is a first year BA.LLB student at the National Law School of India University.