Public perception of the trans person is still largely defined by derision and disgust at perceived “deviant” sexual and gender identities.

This post is the first in a series about trans rights. You can read the second part here. 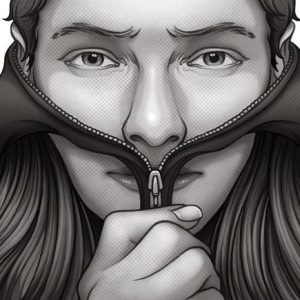 A transgender[†] identity, simply put, ‘ transgress’ the societal expectations of gender and sexuality. Gender identity refers to the various internal experiences and inclinations of a person, and may often be in variance to the ‘sex’ assigned to them at birth.[1] The term is used as an umbrella to cover several identities contrary to the rigid expectations of the societal gender binary, including people who experience gender in direct conflict with their biological sex, intersex persons or persons identifying with both gender identities, or none at all. This identity may manifest as fluidity of gender, a partial or complete rejection of gender norms, cross-dressing, or in the form of surgical interventions for sexual reassignment. The transgender population in the South-Asian subcontinent is also culturally visible as hijras, jogtas, aravanis, kothas, shiv-shaktis, laundas and so on. These group identities owe their recognition to veneration offered to these communities based upon the traditional occupations they are associated with.[2]

The term transgender has attained popularity in academic use despite the resistance of hijra activists that protest that it ignores their historical and cultural roles.[3] Yet, it covers under it identities of both traditional and non-traditional lineage. The law, never having fully recovered from the Victorian morality supplanted into it by the British colonialists, also refers to these groups collectively as ‘eunuchs,’ a label indicating the state of castration of their male sexual organs. Even the Standing Committee report informing the Transgender Persons (Protection of Rights) Bill continues referring to these communities with this highly offensive term; indicating the apathy and contempt these communities are held in by even legislators.[4]

A History of Oppression

History points to a position of dignity and veneration accorded to certain trans groups like the khwajasarais and zenanas employed by Mughal rulers as private advisors and harem guards. The Awadh kingdom has reports of such khwajasarais being court advisors to the ruler until their employment in official positions was banned due to pressure exerted by the British Resident. Their respectability eroded as a result of the British preoccupation with the sexual lives of people, and the sweeping colonial assumption that hijra households were venues of sexual perversity and corruption.[5] The hijra household, a kinship formed based on affection, solidarity and respect within members not bound by familial bonds, was an alien and suspicious territory in the eyes of the colonial rulers, prompting adoption of an actively hostile attitude towards trans people and the use of brute state power to police their activities, clothing, personal and sexual selves under the guise of public morality and prevention of prostitution.

The Criminal Tribes Act, 1897 breached the intimacy of these households through compulsory registration of all trans persons, labelled as a community addicted to criminal behaviour. Such registration was followed by constant police surveillance and harassment, as well as restriction on performing customary cross-dressing and dancing in public spaces.[6] This highly offensive legislation was only repealed in 1951. Yet, even as late as 2011, the State of Karnataka enacted Section 36A, a provision in the Karnataka Police Act that specifically targeted trans persons and enabled the police to maintain registers of the names and places of residence of such “eunuchs,” and reiterated the belief that such persons were engaged in “kidnapping and emasculating boys” and “committing unnatural offences.”[7] Only following an order by the High Court of Karnataka was the law then amended to delete the reference to “eunuchs.”

Exclusion may be understood as a process operating contrary to inclusion, meaning one that denies cultural recognition, participation, and equality to certain identity-based groups.[8] It is differentiated from mere poverty as it signifies being shut out from the social, political, economic and cultural activities of the society at large. One approach to understand exclusion is to use social exclusion as a lens to examine questions of access. The India Exclusion Report 2013-14 states the concept of social exclusion as a system of barriers that prevent/retard individuals and groups from accessing public goods, which are understood as “a good, service, attainment, capability or freedom— individual or collective— that is essential for every human being to be able to live a life of dignity.”[9] These include both pure public goods and goods that have an associated social value.

Recognising the importance of relational interdependence to human experience in society, the Social Exclusion Knowledge Network classifies four circles in which exclusion operates: economic (distribution of means of production and resources), social (relationships of support and solidarity), political (participation and access to human rights) and cultural (diversity and acceptance.) It is facilitated by unequal power relationships within the institutions of family, State, and society and leads to health inequalities, which in turn further concretize hierarchies and marginalization.[10] Amartya Sen posits the “deprivation of capability approach” that emphasizes the role poverty plays in denying a minimally decent life.[11] The enlargement of the concept of poverty from the mere reduction of power to access material goods to a social phenomenon depriving persons/groups a participatory role and voice in social, political, economic and cultural negotiation is best summed up by an excerpt in the SEKN report –

“… At present, the definition of poverty has also come to include aspects such as isolation, exclusion from society, powerlessness, vulnerability, and others. The definition used … is the impossibility, owing to inability and/or lack of opportunity for individuals, families, and communities to have access to minimum basic conditions, according to society’s basic standards.”[12]

Much work has already been underway to document the various ways in which the transgender community is habitually excluded from the four spheres of human activity highlighted by the SEKN model. It is of immense benefit to refer to the excellent work collated by non-profit organizations in India to better understand the local context and lived reality of trans lives.

Social exclusion: Public perception of the trans person is still largely defined by derision and disgust at perceived “deviant” sexual and gender identities. This leads to a pattern of harassment and ostracism of such individuals in the public realm, affecting in very intimate ways their experiences of education, travel, access to public spaces and so on. Frequently, trans women are interrogated by police in public spaces without any express offense on their part, as though their very presence in these spaces is criminal.[13] Children and youth of non-conforming gender identities do not fare any better in educational institutions, where they are singled out for ridicule and bullied for their perceived transgression of gender roles.[14]

Economic exclusion: Exclusion from formal (regulated) markets is perhaps the largest contributor to the low social capital of trans persons, relegated to traditional occupations like sex work and begging for subsistence. This places them in informal markets and deprives them of protection against exploitation and abuse. Scholarly work points towards a causal relationship between inclusive treatment of LGBT groups and economic prosperity, addressing in part the microeconomic losses caused by denial of opportunities to these populations.[15] The Human Capital approach highlights resulting inefficiency in systems due to less competent members of so called “favoured” groups being preferred over LGBT individuals.[16]

Cultural exclusion: Cultural beliefs regarding trans persons translate to abuse, violence and abandonment by their families; who are embarrassed by their gender identity.[17] A very large extent of trans population narrates trauma of childhood sexual abuse at the hands of a family member, neighbour or teacher. The non-conformity of these persons to the rigid binary and the accompanying self-image issues make them more vulnerable to sexual exploitation.[18] The perceived subordination of trans community to masculinity is visible in many customary practices like the launda system of hiring “effeminate” young boys to perform lewd dances at social occasions; often culminating in harassment and gang rape by the attendees. Trafficking in and “owning” a launda is even considered a marker of status among these communities.[19]

Health: Trans persons are at higher risk for communicable diseases and mental health issues than the average cis- population, owing to their limited livelihood opportunities and the stigma surrounding their gender identities. A study reports a 31% suicide rate among trans community; with 50% members attempting to commit suicide before their 21st birthday.[20] The stigma and vulnerability associated with sex work and marginalised gender identity makes trans persons all the more susceptible to sexual abuse and coercion (physical or economical) into risky sexual behaviour, explaining the high prevalence of AIDS within this community.[21] This creates a (largely unfulfilled) need on part of the government and the medical fraternity to address these issues through sensitive and respectful policy interventions. Trans persons report discriminatory and offensive behaviour at even health centres and HIV clinics, further isolating these populations from healthcare.[22]

Kavya Bharadkar is a student of the 2nd year MPP Batch at NLSIU, Bangalore.

[*]Disclaimer: While my own privileges as a cis-gendered person born to a middle-class savarna family might creep into my perspective, I hope to be sensitive in both, my language and perception of social issues concerning the trans community.

[†] “Transgender”, much like eunuch is a term with its own politics – it has received criticism on account of its preference to sex to identify the “transgression” of gender role, thus presenting an individual’s identity as deviant from the dominant norm, and also, its inherent erasure of nuance and cultural roles. It is, however, the term adopted by the law and therefore in use in this post.

[19] Kar, Lahiri Agni and Sarika. 2007. Dancing Boys: Traditional Prostitution of Young Males in India. Study, Kolkata: People Like Us (Plus)