From the Archives – An Interesting Question of Judicial Precedent (1/3)

The following article was originally published in the Critical Twenties blog. The second part of this series can be found here 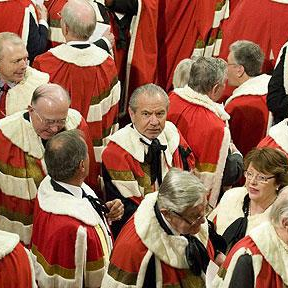 One of the joys of any legal positivist is the process of culling out the ratio of a decision and determining its precedential value. This exercise becomes all the more enjoyable in the case of conflicting opinions by the different judges on the Bench, often with members of the majority also differing on the reasoning they employ to arrive at the same conclusion.

My initial view on this was based (in the absence of authority, which is usually an ominous sign), on the separation between the reasoning of a case, and the conclusion arrived at. I believed that although the majority may have come to the same conclusion on facts, the legal principles all the judges employed to arrive at their respective conclusions must be considered irrespective of whether the judges espousing those principles ended up in the majority or the minority. The reasons for this were two-fold: first, just because a judge disagreed on his assessment of facts did not seem a strong enough reason for ignoring his legal reasoning in arriving at his conclusion; secondly, for purely practical reasons, particularly in India, adopting the approach of ignoring the judgments of the minority would often leave lower courts with Supreme Court dicta with no real binding ratio (the decision in Kesavananda Bharati would be an ideal example).

Whatever my initial views may have been, I have now come across two sources that take the opposite stance- and given their stature in India and the United Kingdom respectively, I can do no better than defer to their wisdom. The Indian authority is Mr. Seervai, in his analysis of Municipal Corporation of Delhi v. Birla Cotton, Spinning and Weaving Mills, Delhi, AIR 1968 SC 1232. [“Birla Mills”] and the English authority is Lord Denning, in his decision in In Re Harper and Others v National Coal Board, [1974] Q.B. 614 [“In Re Harper”].

Birla Mills was a decision on the validity of delegated legislation, and involved the question of whether, and what kind of, guidelines are needed for an act of delegated legislation to be valid. It was heard by a Bench of seven judges, which can be broken down into three major factions: 2 judges held that valid delegation needs policy, and that the impugned enactment did not contain such policy guidelines [Wanchoo and Shelat, JJ.]; 2 concurred on the point that policy guidelines were necessary but held that, on facts, there was such policy [Shah and Vaidialingam, JJ.]; and 3 held that no policy is needed, and hence the enactment was valid [Sikri, Hidayatullah and Ramaswamy, JJ.] Hence, 5 upheld the law and 2 quashed it. If the question of whether policy is needed arose, applying the rule I considered ‘logical’, I would have thought that since four of the seven judges thought that policy is needed, that is the ratio of the case. However, Mr Seervai argues that the decisions of the 2 dissenting judges have to be ignored. Hence, one should only look at the 5 who upheld the law. Since, among these 5, three held that no policy is needed, that should be taken to be the ratio of the case.

Applying these propositions to the decision in Smith, Lord Denning concluded that since the majority was not agreed on a single reasoning, there was no ratio that could be taken away from the case in terms of the correct reasoning. Hence, he does not rely on Smith as binding precedent and culls out the appropriate test from earlier precedent.

Before concluding, one important difference between Lord Denning’s approach and that adopted by Mr Seervai is to be noted. Lord Denning, in culling out “the reasoning on which the majority based their decision”, appears to require that all the judges of the majority should have agreed on a single line of reasoning. He does not hold that a subsequent Court is bound by the reasoning of a majority of the judges forming the majority (i.e. two judges out of a three judge majority). Applying this stance to Birla, since the majority disagreed on whether guidelines need to be laid down by Parliament, subsequent Courts would not be bound by any of the observations on whether guidelines are needed. This is different from Mr Seervai’s approach, and with due respect to him, seems preferable, for two reasons- first, it does not result in a minority of judges (numerically) laying down binding law for subsequent courts; and secondly, it ameliorates the concern over facts influencing binding legal precedent which I had mentioned earlier (as the basis of my initial view).

Shantanu Narvane is an alumnus of NLSIU, Bangalore and Oxford University. He is a corporate lawyer, specialising in investment funds and asset management. Currently, he is a Senior Associate at Herbert Smith Freehills.