Data as Property: A Premature Rejection 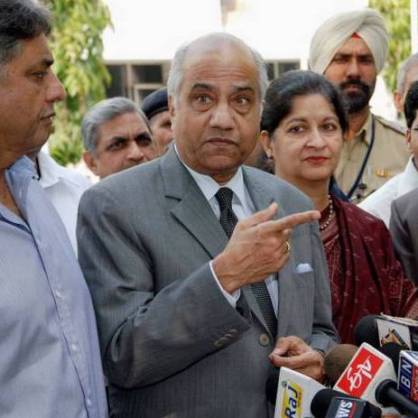 In a recent opinion piece on The Wire titled “Why the Srikrishna Committee Rejected Ownership of Data in Favour of Fiduciary Duty” (available here), Prof. Arghya Sengupta cautioned against making the individual the owner of her data. He argued that if the individual is made the owner of her data (in a property-based sense), there is a chance that the State could, through the exercise of eminent domain, acquire data like it acquires other forms of property (say, land). As an alternative, Prof. Sengupta proposed the data principal model, which creates the “requirement of informed consent coupled with a fiduciary relationship”.

Whether data should be treated as property becomes crucial in determining the nature of our right over data. Can personal data be inherited, i.e., can our successors gain rights over what is to be done/not done with it? Can we sell our data for a desirable value assuming we are in a position to do so? Or do we just have a right to say what cannot be done with this data, i.e., a negative right? Therefore, the question of data ownership as a possibility is relevant, because its rejection entails the assumption that it is not feasible for the individual to have absolute authority over what she does with her data.

In this post we will explain how if data is treated as property, the state may not necessarily be able to acquire it. Having said this, we disclaim that we are not necessarily in support of data being conceived as property. We simply believe that further engagement with the idea of conceiving data as property is necessary before an outright rejection of the same can be made.

Historically, before the right to property stripped of its status and made a constitutional right through the 44th Amendment, property used to be fundamental right guaranteed to Indians similar to privacy today.

This allowed Courts to strike down land reform laws (aimed at Zamindari System) on the ground that it violated Article 14. This resulted in a paradox: a guaranteed right conflicted with the state’s socialistic goal to achieve land reform and industrial growth.

As a result, the Parliament felt it necessary to enact the first Constitutional Amendment and insert Article 31A. Article 31A, after its insertion, permitted the state to acquire property by enacting a valid law (such as Land Acquisition Act) as long as the acquisition serves a public purpose and compensation is paid: importantly, notwithstanding anything contained in articles 14 and 19. This precluded Courts from declaring laws that enabled acquisition of property as unconstitutional for contravening Articles 14 and Articles 19.

Article 31A, after its insertion, permitted the state to acquire property by enacting a valid law (such as Land Acquisition Act) as long as the acquisition serves a public purpose and compensation is paid: importantly, notwithstanding anything contained in articles 14 and 19. This precluded Courts from declaring laws that enabled acquisition of property as unconstitutional for contravening Articles 14 and Articles 19.

Interestingly: unlike rights in other forms of property, after Puttaswamy, rights over data (informational privacy) flow from inter alia Article 21.

So, in order to acquire data as property, the state will have to meet with the test laid down in Puttaswamy; i.e., the acquisition will have to be fair, just and reasonable and not that of public purpose in Article 31A; the former arguably being a much higher burden for the state to discharge after the dynamic evolution of Article 21 jurisprudence subsequent to the case concerning Maneka Gandhi.

So, after Puttaswamy, to suggest that Article 31A would necessarily allow the exercise of eminent domain over data if it is treated as property may not be a plausible concern. Post Puttaswamy, the operation of Article 21 guards against the acquisition of data.

If the State wants to subject Article 21 to Article 31A, it would perhaps have to amend the Constitution and insert Article 21 in addition to Articles 14 and 19 in Article 31A, so that regardless of what is contained therein, an acquisition of data can take place.

However, since the guarantee of liberty under Article 21 is one of the basic features of the Constitution (which cannot be repealed through a constitutional amendment), an amendment which attempts to exercise eminent domain over data as property would be difficult. This is because, unlike other forms of property, privacy may be considered by the Court to be indispensably wedded to liberty, a basic feature that can never be taken away (quite unlike the fundamental right to property, which was never held to be a basic feature, and so, could be easily repealed).

Thus, the unique nature of data as property would make it difficult for the State to exercise eminent domain over data even in the future.

Furthermore, the requirement of fairness and reasonableness would operate regardless of whether interests in data are treated as property or they are treated as rights. So, Professor Sengupta’s claim that treating data as property would allow a lesser standard of protection to data than protecting it within a rights-framework may not be entirely accurate, since in both cases, the same standard, i.e., the requirement of fairness and reasonableness is a prerequisite.

To read a more general critique of the Srikrishna Committee Report, check out Sayan Bhattacharya’s article on LSPR.