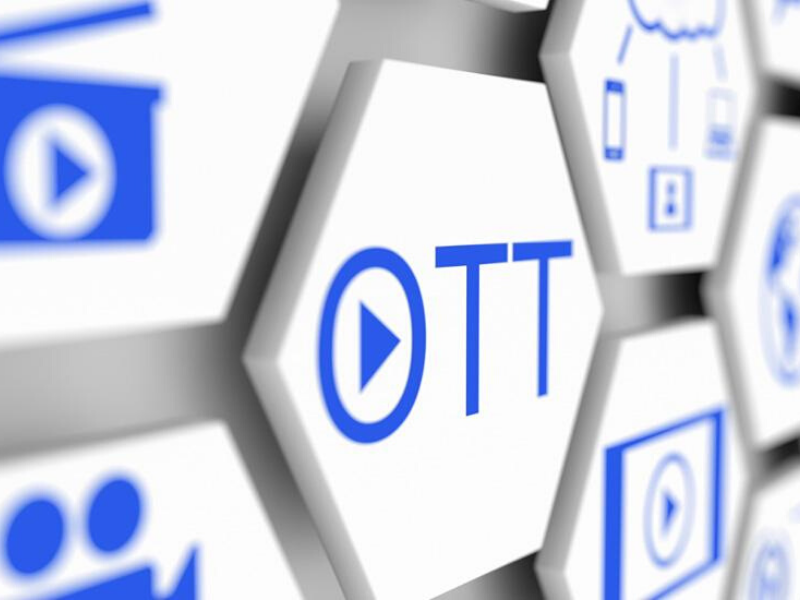 As India marches towards widespread internet penetration with 5G in the offing, the government has introduced the Indian Telecommunication Bill (the ‘Telecom Bill’, or the ‘Bill’) to consolidate and update existing laws on connectivity technology. However, the Bill significantly broadens the definition of media that require licensing. I argue that this regulatory expansion is detrimental to Over-The-Top platforms (‘OTTs’) and the telecom industry. I attempt to make a novel addition to existing scholarship by offering an operational-functional rebuttal of the ‘same service’ argument and by critiquing the broader effect of licensing on OTTs’ market competitiveness. To do so, firstly I argue against the government’s justification of licensing OTTs (“same service, same rules”) by highlighting that it is disproportionate to the objective it seeks to achieve. Secondly, I argue that this licensing places OTTs at a competitive disadvantage vis-à-vis Telecom Service Providers (‘TSPs’) and distorts competition within the OTT industry as well. Lastly, I highlight how the licensing requirement imposes disproportionate compliance burdens on OTTs.

Perhaps the most significant effect of this Bill lies in the extensive licensing it introduces. This is done by extending the definition of ‘telecommunication services’ under Section 2 to “internet-based services and OTT platforms”. Further, Section 3 empowers the government with the exclusive right to provide these services, which it may license under Section 4. This has the effect of bringing most, if not all, electronically transmissible platforms under the licensing ambit. Although procuring this license is the industrial standard for Telecom Service Providers(‘TSPs’), it opens a Pandora’s Box for OTT platforms.

There is a policy debate as to whether OTT platforms should be subject to the same regulations as telecom service providers. Extending the definition of telecommunication services (§ 4) has brought uniformity in the regulations applicable to TSPs and OTTs. This uniformity is a response to the telecom industry’s long-standing demand for “same service, same rules”. They argue that since OTTs provide services such as messaging, voice calls and media streaming over the internet rather than directly through telecom infrastructure(like TSPs), their rates are much cheaper. Given that they need not procure any license for providing these services, this eats away at revenues earned from similar services provided by TSPs. Thus, the government claims to ‘balance the playing field’ by bringing OTTs under the licensing ambit.

The idea of “same service, same rules” presupposes an overlap in the services delivered by the two markets. This regulation is based on the ‘duck principle’ – it focuses on the economic functions and risks as a category to bring OTTs under the regulatory ambit. The purported benefit is to level the playing field by bringing every entity that performs similar services under the same regulations. However, this type of regulation has the consequence of ignoring operational and technological differences between platforms, which makes it disproportionate to the aim.

Firstly, this duck-based licensing is overinclusive as it ignores functional differences. A larger degree of overlap in function may exist for certain OTT platforms such as WhatsApp, whose messaging and voice-calling features act as functional substitutes for the same services offered by TSPs. However, this argument does not apply uniformly across the industry. There are platforms such as Instagram, Twitter, and TikTok – which function not just as messaging platforms but also deliver and enable the creation of audio-visual content. It is hard to argue that these platforms offer services that are functional substitutes to those offered by TSPs, as the range of features offered is vast and distinct from those of TSPs. Uniformly licensing OTTs as a whole would include services that TSPs do not offer, which strikes at the core of the ‘same service’ argument. A clarification of the definition of OTTs may help, as the bill does not define them. While OTTs are considered to be platforms hosting audio and video streaming services, even messaging platforms such as WhatsApp, Signal, and Telegram have been clubbed within this definition. As it stands, OTTs with non-substitutable features would also end up being licensed.

What about those OTTs which provide vastly similar/same services as TSPs? Even if there is a high degree of functional substitutability, there is an operational difference between the two. TSPs possess exclusive rights to spectrum and network infrastructure, which is the basis for licensing. OTTs on the other hand, do not possess such infrastructure and are reliant on these TSPs to deliver their services. The rationale for licensing is grounded in the government’s sovereign authority to delegate telecom network resources such as spectrum (Explanatory note, 3.8), which is considered a ‘public asset’. Even the operation of privately owned telecommunication infrastructure utilises the electromagnetic spectrum, which is publicly owned. This is the rationale that undergirds the licensing of TSPs.

Thus, given these functional and operational differences that negate the rational for licensing, OTTs are disadvantaged if placed in the same basket as TSPs. This vitiates the key objective of regulation – proportionality. The ‘same service, same rules’ argument glosses over these qualitative differences in OTTs vis-à-vis TSPs. Regulation needs to be tailored to OTTs, their functions and operations in specific, rather than clubbing them with TSPs.

The OTT market tends to be more competitive than that of TSPs. TSPs are dominated primarily by the three telecom giants – Jio, Airtel, and Vi (who are also on track to own the bulk of network resources such as spectrum). The TSP market shows common symptoms of monopolistic behaviour, with most network subscribers concentrated in the top three players. This gives the players the ability to manipulate market prices at will, affecting OTTs and consumers adversely. The prices charged by all three big players already saw a sharp hike recently. On the other hand, there are more than 45 players in the OTT market, with even platforms such as Netflix having to make competitive cuts in prices (here for more examples). Licensing imposes a financial burden, which coupled with the competitive nature of the market could result in higher costs for OTTs (especially those which are newly developing). For budding platforms, these higher costs would be transferred to the consumer in the form of higher prices which discourages OTT usage vis-à-vis similar services provided by TSPs. This has two effects – firstly, it stifles consumer access to content produced by new platforms by preventing the growth and entry of new OTTs, and secondly, it encourages the longstanding domination of outdated TSP services (such as SMS) by suppressing its cheaper OTT alternatives. These obstruct the beneficial consequences of technological development from reaching consumers.

In addition to cross-industry competitiveness, OTTs also face fierce intra-industry competitiveness. Within the OTT industry, this regulation can have the effect of fostering the domination of existing platforms. Although the amount of licensing fees is yet to be prescribed, the fact that an ‘entry fee’ (§ 4(1)) is levied discourages the entry of small-time, home-grown OTT players. Larger OTTs are often funded by parent companies, and the demand-led nature of the market requires an OTT to keep pumping out content to stay afloat. Thus, larger platforms can sustain content development despite high production costs, something smaller OTT players struggle with. These conditions mean that OTTs with deeper pockets will have more skin in the game by default. Levying an entry fee and uniformly licensing OTTs regardless of their market size will only encourage this domination and obstruct new platforms.

Under the bill, an entity given a license is required to identify a person to whom a service is given through a ‘verifiable mode’ and make this available to other users(§ 4(7)). The objective of this provision is to prevent cyber frauds (Explanatory note, Para 17). To identify users and make this information available, platforms would have to store information of personal identity. This creates a multiplicity of compliance burdens for OTT platforms, particularly those that provide encrypted services.

Firstly, to obtain identification, OTTs will have to seek and store additional personal information of all users on their platforms. The scale of this exercise makes it data-intensive, which entails additional burdensome costs for OTTs. Not only do they have to procure this data, but the requirement to make them readily available also introduces data-storage costs. Is the imposition of this burden proportional to the purported objective? Proportionality as a regulatory principle entails avoiding excessive compliance burdens without a clear prudential justification. The question then is whether there is a necessity for this measure, without which the objective of preventing cyber frauds cannot be accomplished. This compliance burden may be considered disproportionate, given that a less intrusive alternative exists.

Instead of mandating the availability of personal information to the users who are being messaged, the government may solicit personal information of accused in a case of cyber fraud from authorised officers only once a case is registered. To balance privacy concerns with security concerns, this may be combined with the government’s power to intercept messages only in ‘public interest’ under §23 of the Bill. As it stands, these additional compliances create costs that further disadvantage OTTs who compete against large, well-funded telecom giants. Thus, there is no clear prudential justification for mandating the ready availability of data, given that this measure is not necessary.

Secondly, privacy-centric platforms such as Signal are designed so that even metadata[1] such as the identity of users cannot be collected. This degree of inbuilt encryption makes it impossible for an OTT to obtain a license and comply with this provision, since storing or even asking users to input their personal information strikes are the core of their business model, which is premised on strict encryption. This is a rehash of the same regulation dealt with in the IT Rules, in which compliance would require breaching encryption – the government’s version of saying “take our license or leave the market”. Further, even if a platform’s encryption permits it to store personal information, soliciting personal data might disincentivise users from using these platforms, particularly those who register accounts on platforms such as Telegram to maintain their privacy. Thus, the dilution of encryption on messaging platforms affects the OTTs consumer base, which raises further concerns on their competitiveness against TSPs – particularly for those services offered by both, TSPs and OTTs.

In this article, I have argued against the licensing of OTTs under the Indian Telecommunication Bill. I argued against the government’s justification of “same service, same rules” by highlighting how there are crucial differences between TSPs and OTTs that make uniform licensing disproportionate. Further, I delved into the market competitiveness of OTTs and TSPs to argue that OTTs, particularly home-grown ones will take a hit to their market competitiveness against TSPs, and within OTTs themselves. Towards the end, I highlighted how the new compliance burden of storing and procuring personal information would be disproportionate, and that this would further affect OTTs’ competitiveness against TSPs.

[1] Content delivery networks are a type of network infrastructure that act as distributors of content for OTTs. They bridge servers that store content and the video player on which it is played.

[2] In this context, metadata refers to data such as names, profiles and groups that can identify users.

Prem Vinod Parwani is an undergraduate student at NLSIU, Bangalore.