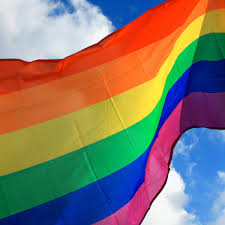 The advent of the twentieth century brought about the assertion of distinctive groups which were defined by their gender, race, class, etc. These groups established a hierarchy of social acceptance; leading to maltreatment of certain identities.[1] As a result, an equal or non-discrimination mandate became appropriate. For example, the one person-one vote policy, the equal pay for equal work laws, etc. On the flip side, there existed a discourse on the drawbacks of equality among unequals that gradually evolved into the doctrine of special rights for certain people.[2]

The authors elaborate on the theory of Equal Rights and Special Rights. It becomes significant to note that while the theory is singular and unique, its application becomes distinct and variable due to the context of the country it applies to.

The special rights framework works towards a destabilisation project[3] where they aim at bringing about radical changes to traditional norms. It has long been argued that equal rights framework positively affects the opinion and understanding of the general public.[4] William Eskridge defines and encapsulates the essence of equal rights movement as follows, “Essential to [ending all vestiges of legal discrimination] is the adoption of laws guaranteeing equal rights for lesbian and gay couples.”[5] Therefore, it is more of an assimilationist tactic than a rights discourse. It is argued against the right discourse that by altering the pre-existing notion of an in and out-group, rather than eliminating the divide between the two, establishes a separate differentiating factor. It is common that rights secured for one community and/or minority always invoke the assumption of excluding the remaining community which develops a kind of repressive tolerance in the latter. This grudging acceptance attaches itself to hypernormative pre-existing notions, segregating these new additions into a section of underclass groups.[6] The result is giving way to inequalities leading to an endless cycle of pursuing well-articulated and effective liberties by each group.

Martha Fineman, a prominent feminist theorist and critic of the aforementioned rights model based her criticism on certain transformative grounds.[7] She argues that the rights discourse especially for LGBTQI+ individuals becomes a game of privilege-tag. Citing the example of the institution of marriage, she asserts that inequality cannot be eradicated via bestowing these rights because the roots of these institutions are based upon the social, cultural and economic aspects that are averse to transformation.[8]

On the other hand, the argument against the equal rights framework or assimilationist approach is rooted in the libertarian ideology of shunning hyper-normality. It is stated that instead of recognizing unconventionality and sculpting a place for it, an assimilative approach gives in to hyper normality and views it as co-optation. In establishing an ideal model, this approach remains oblivious to the fact that the current structure is based on heterosexual norms. Another point of critique is that reliance on heterosexual norms eliminates the scope of transformative recognition. Which means that it forces assimilation of outer groups by exhibiting their similarities with the majoritarian group.[9] This is especially harmful for sexual minorities that face intersectional discrimination on accounts of racism, classism, sexism, poverty and casteism; risking further marginalisation.[10]

This comparison of the two approaches brings us to the crossroads of a rights driven legislation versus an anti-discriminatory blanket policy on the discrimination in the workplace faced by the LGBTQI+ community in the Eastern and Western parts of the world. Despite decades of doctrines and legislation in place, workplace discrimination based on sex, race, color, national origin, religion, etc. has been a pervasive problem. A report by the U.S. Equal Employment Opportunity Commission states that more than 80,000 charges regarding workplace discrimination were filed in 2017 out of which, 30% were sex-based and 34% were race-based.

Workplace discrimination means treating an employee and/or applicant differently on the basis of race, color, sex, race, gender, religion, etc. Examples of discrimination could be a denial of promotion or rejection of employment opportunities, verbal, sexual or physical harassment, inadequate healthcare coverage, and more. The LGBTQI+ movement around the world has resulted in a wave of legal reforms outing such discrimination on the basis of one’s gender identity or sexual orientation. In June 2017, the government of Canada issued an amendment in their Human Rights Act to ban employment discrimination based on gender identity and expression. In September 2018, the Supreme Court of India decriminalized Section 377 of the Indian Penal Code and struck down a draconian law that had penalized consensual same-sex relations. In the USA, same-sex couples have the right to marry (Obergefell v. Hodges[11]) but LGBTQI+ Americans suffered the risk of being denied services or getting fired for simply being married.

However, the U.S. Supreme Court on 15 June 2020 passed a landmark judgment in a trio of related cases (Altitude Express v. Zarda, Bostock v. Clayton County and R.G. & G.R. Harris Funeral Homes v. Equal Employment Opportunity Commission) finding that Title VII’s protection against sex discrimination includes discrimination on the basis of sexual orientation and/or gender identity. Title VII of the Civil Rights Act, 1964[12] lays down that an employer cannot discriminate against any individual “because of such individual’s race, color, religion, sex, or national origin.” While the majority opinion was that “homosexuality and transgender status are inextricably bound up with sex”, the dissenting opinions by Justices Samuel Alito and Brett Kavanaugh with Justice Clarence Thomas joining Justice Alito said that the majority was wrongly assuming the role of legislators and lawmakers because in 1964 Title VII was not aimed at protecting against LGBTQI+ discrimination and, by virtue of Constitution’s Separation of Powers, amending the act was the duty of congressmen. The Supreme Court held that discrimination on the basis of “sex” includes claims of sexual orientation and gender identity-based discrimination.

4.5% or 11 million of America’s population identifies as LGBTQI+ and a quarter of this population reported facing discrimination on the basis of their gender identity, according to a 2018 Movement Advancement Project. More than 25% of trans employees were fired or not hired/ promoted owing to their gender identity or sexual orientation.[13] Therefore, this decision became a watershed moment in the legal history of America as it now extends protection against workplace discrimination to all LGBTQI+ employees in all the states. Prior to the Supreme Court ruling, certain states and municipalities had inculcated guidelines to protect LGBTQI+ employees but it was still legal to discriminate on the grounds of sexual orientation. After this ruling, workplace discrimination protection extends to the 11 million people who identify as LGBTQI+. However with a new law in place, it becomes important for the employers to set forth their commitment towards non-discrimination of the employees or applicants because of race, color, national origin, religion, gender, or sex.

While a country like America has witnessed a landmark development in its federal law, Japan, a country on the flip side of the globe, bears little similitude with respect to its newly amended LGBTQ laws. On 3 June 2020, a milestone for the LGBTQ+ community in Japan was achieved. The government of Central Mie Prefecture of Japan called for an ordinance, banning the act of outing or revealing an individual’s sexual orientation or gender identity without their consent. The Kunitachi prefecture had taken a similar step in April of 2018. This much-applauded step, however, has its own critique. Looking beyond the advancement that the law brings to the status quo, the legislative intent behind this amendment is certainly a bone of contention. According to the Governor of the Mie prefecture, Eikei Suzuki, the legislation prohibits unsolicited outing of a person and/or pressurizes an individual to reveal his identity because such an incident would lead to destabilization of family and working relationships.

The legislative intent of the measure undertaken is to safeguard sexual minorities and LGBTQI+ individuals from discriminatory and derogatory behavior at the hands of their family, peers, and colleagues. But when viewed through a liberal outlook the legislation and actions thereby taken are majorly dysphoric as individuals still face discriminatory behavior against them not only at home but at work as well. It was owing to the incessant discrimination that the governor found it necessary to implement a law that instead of securing their identities further assists in concealing it. Moreso, it is rather a legally enforced regime of tolerance that tames differences, makes secrecy compulsory and alternatively reeks of inequality.

Enforcement of this law represents the government’s failure to protect the LGBTQI+ community from employment discrimination. They are merely acting as an agent to the society’s agenda of silencing the ‘non-straight’ community. In a survey conducted by Society at glance in 2019, on a 1 to 10 scale of social acceptance, Japan had a score of 5. In addition to this, Japan has not legalised same-sex marriages.

This law comes as an aftermath of the COVID-19 outbreak in Japan which allowed for a policy in which state health authorities and governors could trace and extract personal information about individuals in order to curb the spread of the virus. However, this paved the way for another problem that needed to be dealt with in a society that is still not accepting of sexual orientation and gender identities. Not only does this law expose the issue but also poses a dilemma for closeted people to seek medical health in fear of being outed.

Nancy Levit clarifies that the defect in the rights model lies in its inability to bring about fundamental change; the biggest drawback being the perception of hetrosexual identities as the norm and the consequent attempt to elevate sexual minorities to the normative pedestal.[14] Furthermore, she goes on to disapprove equal rights framework due to its lack of transformative adaptation and labels heterosexual norms as a part of the ideal model.

In a nutshell, she frames the theory of respect for the common humanity of all people i.e. common ground between the two former approaches. Famously known as the ‘Vulnerability theory’, it consolidates the acceptance of minorities (herein LGBTQI+ community) by dominant class and propagates a change in the traditional institutions in the society. It is based on the notion of ‘personhood’, differentiating itself from equality theory by not looking for similarities between normative sexual groups and sexual minorities. This theory focuses on situational differences and acknowledges the consideration of equal worth, dignity and respect for everyone and does not overlook the differences in identity. It rests on the three pronged principle of identification, empathy and acceptance of differences.

In conjunction to the Levit’s view, the authors believe that the blanket policy of anti-discrimination executed by the western counterpart evidentially seems constructive, competent, and rational. While the eastern policy fails to acknowledge the discrimination that runs within and makes the legislative intent behind their new policy look good on paper but not in spirit and practise.

The analysis of the approaches vis-a-vis the countries that have adopted them has been emphasized because a change in rhetoric is pivotal to view individuals through the lens of respect and recognition. In its true essence the vulnerability theory is a humanistic approach that could benefit communities irrespective of the part of the world they reside in. Humanization does not require homogenisation. Exposing this disguised framework of intolerance becomes essential when the special rights and equality theories are only aiding and not addressing the discrimination. Law must be the harbinger of a more tolerant society and legal action should be reconstructive and not prejudicial.

The authors are students at the Rajiv Gandhi National University of Law, Punjab. They would like to thank Prannv Dhawan for his comments and suggestions on an earlier draft.

[1] This argument is developed more fully in Martha Albertson Fineman, Vulnerability and

[8] Beverly James, The Dynamics of Marriage and Motherhood, in SISTERHOOD IS POWERFUL: AN ANTHOLOGY OF WRITINGS FROM THE WOMEN’S LIBERATION MOVEMENT 46 (Robin Morgan ed., 1970)