Reflections on the Case of Rehana Fathima 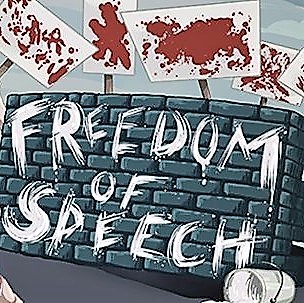 Women Rights Activist, Rehana Fathima (hereinafter petitioner), had recently published a video on her social media account, of her children (14-year-old boy and 8-year-old girl) painting on her semi-nude body with the aim of imparting sex-education. Fathima, in her plea, said that she had “intended to normalise the female form for her children and not allow distorted ideas of sexualisation to pervade their minds”. This video, however, culminated in an extensive outrage that ultimately led to the registration of FIRs  for offences under Section 75 of the Juvenile Justice (Care and Protection of Children) Act, 2015, Section 67B of the Information Technology Act, 2000 (‘IT Act’) and Sections 13, 14 and 15 of the Protection of Children from Sexual Offences Act, 2012 (‘POCSO’).

Through this article, we aim to highlight the points noted in the book ‘Offend, Shock or Disturb’, by Gautam Bhatia where he targets an orthodox mindset by questioning the rationale of protecting public morality when it is regarding the depiction of women, but not men. In this respect, the article also attempts to further the discussion by critically analyzing the prima facie view of the Kerala High Court in the petitioner’ case, providing an alternative understanding of the whole scenario.

Before we dive into the legal intricacies involved in the case, it is important to first understand and analyze the reasoning given by the Kerala High Court while rejecting the bail application for the petitioner. The Court was of the opinion that, the act of posting the video of the children painting on the body of the petitioner, prima facie, attracted the child pornography clauses of POCSO and the IT Act, thereby rejecting the argument of the petitioner that she wanted to teach ‘sex education’ to her children in this manner. The Court further noted that, if the impugned act was confined to “the four walls of the house” and the video of the same was not released on social media then it would have been perfectly legal for the mother to teach sex education in the manner she wanted. This view inadvertently meant that the act itself was not illegal but the event of posting that video on social media amounted and attracted the stringent clauses of the abovementioned acts.

This view, as we shall argue, is problematic and suffers from certain degrees of inconsistencies. The charge against the petitioner has been registered primarily under Section 13 of the POCSO Act, which explicitly requires ‘sexual gratification’ as its underpinning motive for any successful trial. Now, once the Court holds that the assailed act was perfectly legal inside the contours of the walls, it could mean two things: (i) The purported act did not contain the prerequisite of sexual gratification per se; or (ii) The Court shifted from the legislative requirement of sexual gratification to its own novel concept of determining whether the act was published or not. Unfortunately, the latter seems to be true as the Court prima facie holds that the expression of the petitioner while her children paint on her could be considered a facet of sexual gratification. Abiding by the abovementioned logic, if this “expression” was not recorded and was never released in the public domain, no offence could be said to be made out.

This logic can further be questioned through a similar and cognate argument using other clauses of the Act. For instance, Section 11 of the Act, which is a specific section carved out for sexual harassment against children, attracting punishment under six distinct circumstances. More importantly, the section makes the presence of ‘sexual intent’ a sine qua non for attracting punishment under any of these six clauses. Interestingly, the sixth clause reads as “entices a child for pornographic purposes or gives gratification therefore”. Once the Court agrees to the view that there was some facet of sexual gratification involved, it is immaterial whether the act was done inside the contours of the house or was it published for the world to see. The underlying logic being that sexual intent and sexual gratification are not mutually exclusive terms, rather sexual intent is an inherent part of sexual gratification. The same was said by Sopinka J. in unequivocal terms in K.B.V. v. Her Majesty The Queen. The Canadian Judge held ‘intent’ in her reasoning to be the preeminent reason for the act of sexual gratification in the following words, “I cannot agree that the lack of an intention of sexual gratification is irrelevant. It seems to me, in the circumstances of this case, most relevant and changes the whole complexion of the appellant’s activity.” Any such act, therefore, would have still been punishable, albeit, not under Section 13 but Section 11(vi). The pertinent question, therefore, should not be where but how the impugned act was performed.  This is precisely why the petitioner is innocent, not because the act was meant to be sex education; and not because the act was performed in the contours of the house but simply because the act of the kids painting on her mother’s body did not amount to sexual gratification.

Now, that the initial question has been settled, the more immediate question concerning obscenity and indecency in the case shall be discussed.

Obscenity Lies In the Eye of The Beholder

At the outset, it must be understood that nudity per se cannot be treated as obscenity; the petitioner in this case, however, was only semi-nude and allowed her body to be used as a canvas for the sake of art. Does female nudity, even when not visible, constitute obscenity? There was absolutely no obscene or indecent representation of a child in this case; they were merely painting on the body in an expressionless manner. Section 13 of the POCSO and Section 67B(b) of the IT Act can be challenged on the grounds of imparting sex education as well as accounting the value of art. An emphasis must also be put on the highly ambiguous nature of Section 67B of the IT Act. The abovementioned provision has been charged against the petitioner very conveniently where the provision itself is vague as it uses the word ‘indecent’ and ‘obscene’ under the same clause, without any definition and explanation of the same.

Regarding the obscenity in the video, reliance could be placed on Aveek Sarkar v State of Bengal where a nude photograph of a couple was published in a sports magazine, where they sought to raise voice against racism through that picture. The Supreme Court (‘SC’) held that the photograph needed to be appreciated in the ‘light of the message’ they wanted to convey and attention must be paid to the ‘whole context’. This view was iterated in the case of Bobby Art International v Ompal Singh where the SC further held and observed that nudity does not ‘always’ arouse the ‘baser instinct’. Maqbool Fida Husain v Raj Kumar Pandey also observed that nudity ‘alone’ cannot be said to be obscene. More so, the landmark case of Ranjit Udeshi v State of Maharashtra, the SC held that nudity in art and literature cannot be regarded as evidence of obscenity without ‘something more’. The court considered art and obscenity to be a mixture where art must overweigh and overshadow obscenity. The court accentuated the view of judging obscenity and standards of decency on the precepts of the prevailing society. Here, we talk about a society that promotes an only-male festival called ‘Pulikali’ in Kerala where entire bodies of the male participants are painted, and has no moniker of obscenity whatsoever attached to it  The same petitioner had earlier broken this 200-year-old gender barrier and, here to she tries to do the same, by challenging the stereotypical mindset of people regarding female nudity.

Bhatia in his abovementioned book argues that Indian jurisprudence mainly reflects a dichotomous view while restricting free speech. The first view is a “moral-paternalistic” one which essentially expounds the need of restricting speech because it sees human beings as basically corruptible and vulnerable species. The second, “liberal-autonomous” view is a bit more reluctant in curtailing speech, confining it to areas involving imminent violence, or a danger to other constitutional values such as dignity. The initial remarks in this case, both by the Kerala High Court and the Supreme Court, smack of an idea, very central to that of the first view. The remarks have little legal backing and rather rely on the trope of moral principles for restricting speech. More importantly, this view shows the unwillingness of the Courts in deputing any personal autonomy to the citizens in judging a piece of art from their own perspective.

While other Constitutional Courts have had the opportunity to rule on similar cases,  the Indian judiciary has never been confronted with a case wherein it has been asked to devise a careful and tight rope balance between the right of a parent to teach sex education and to protect the children from being exploited in the name of sex education. Thus, this case arguably presents an excellent opportunity for the Indian judiciary to interpret the mentioned statutes with a transformative and a liberal vision so as to hold that mere display of a child painting on a naked female body cannot be considered obscene, thereby opting for a more progressive and equal version of freedom of speech and expression where men and women are kept and analyzed on the same pedestal.

The authors are students at Hidayatullah National Law University