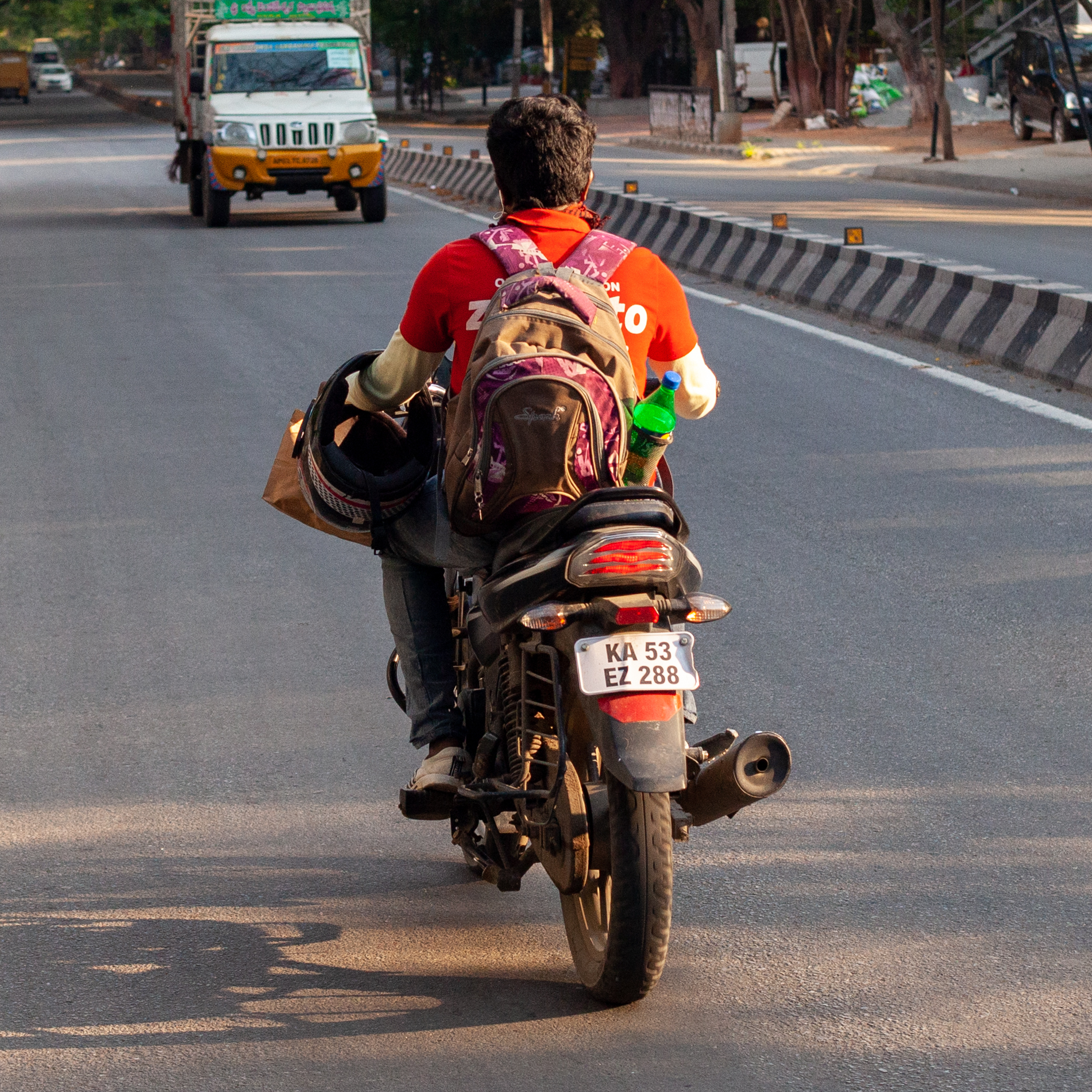 This post introduces the second theme for our Symposium on Law and Political Economy in India After Covid.

Celebrated as being ‘disrupters’ of traditional industries through their digital technology driven interventions, gig companies such as Uber, Ola and Zomato claim to have revolutionised the service industry. Gig companies essentially offer a virtual platform which connects service providers – termed as ‘independent contractors’ – with consumers. These platforms are perceived as neutral spaces that enable service providers to find jobs or ‘gigs’. Each job or gig is a short-term assignment, and incomes are earned by service providers and the platform on each gig. Consumers benefit from the ease through which service providers can be found for a variety of work- from plumbing or domestic work, to the more popular forms of the gig economy such as food delivery and transport.

The claim of technology having revolutionised the way of work is not new- the history of capitalism is marked with such change. Yet there is something undeniably distinct about the way in which work comes to be organised within the gig economy. Gig companies attribute this to digital interventions enabling flexibility in work schedules, and for creating the possibility for more kinds of gigs. In other words, someone who wishes to work without adhering to a fixed schedule during – and across – workdays may find that possible in the gig economy, by logging in and finding work based on their convenience, a convenience that also extends to consumers.

Yet these innovations are not without its discontents, as evidenced through protests of gig workers across platforms that have been breaking out globally over the last few years. As critics argue, what has been termed as flexible work has in fact produced a condition where work has become subject to increased precarity. Again, it is important to note that precarious work is not new, but rather that it draws on this older history and becomes pervasive with the spread of the gig economy. Gig workers allege that they must work long hours to earn living wages. Given the short-term nature of work, and that workers themselves have little ability to determine the number of gigs or the pay per gig – aspects controlled by the platform – they are rendered precarious.

This was starkly demonstrated by the Covid-19 pandemic, where gig workers working on food and grocery delivery platforms found themselves identified as ‘essential’ workers with little to no support provided by the platforms themselves. Food delivery gig workers in particular found that their work subjected them to high levels of risk, yet the responsibility for the risk endured was shared between workers themselves, and in some part by customers, who were asked to voluntarily contribute funds to gig companies to finance workers’ health insurance, groceries and income benefits in the absence of work. This brings into essential focus the question of what the role and responsibilities of gig platforms are towards gig workers. Gig companies insist that workers were in fact independent contractors and not employees, and hence platforms technically bear no legal responsibility towards them. This definitional tension underscores political concerns regarding the gig economy. If gig workers are not employees but contractors, do they have the right to organise and engage in collective action? Can they make demands regarding higher pay per gig? What happens when workers are subject to discriminatory practices?

This Blog Symposium, organized by the student wing of the Vidhi Centre for Legal Policy, the Kautilya Society, in partnership with the Young Scholars Initiative is an attempt to explore and analyse these questions. Yamuna Menon discusses the regulatory possibilities that are available to mitigate the informalisation of work in the gig economy. She explores what potentialities exist- outside of classifying gig workers as employees – to ensure fair conditions of work, pay and security. Apurv Jain argues in his piece that anti-trust law must be unpacked to understand its implications for the gig economy, since these exemptions rest on the substantive distinction between gig workers as employees or independent contractors. This is a topical and critical issue that establishes the legal conditions under which gig workers can organise and engage in collective bargaining. Finally, Sushmita Som tackles the difficult question of discrimination within the gig economy. She argues that discrimination is socially pervasive and creates structural impediments for participation in the economy – such as a gender differential in participation in paid work. But this discrimination also bakes itself into algorithms that inform gig work and the gig economy itself operates with some blindness of insight towards the presence of such discrimination which consumers practice. Thus, the question emerges as to who needs to tackle discrimination and create an inclusive gig economy. Exploring whether this responsibility rests on gig companies, workers or consumers, the paper contends with the following options- legislation on discrimination or an overhaul of the gig economy framework itself.

These three papers draw attention to the vital questions emerging around the gig economy today. The pandemic and its attendant economic crisis demand that we pay even closer attention to the workings of the gig economy, which itself has found conditions of the pandemic ideal to expand and raise capital. Given that in India the gig economy has already been hailed for creating jobs in an economy that is marked by jobless growth, the symposium addresses the vital question of whether the quality of work remains important at a time of high unemployment. Further, in what ways can responsibility and solidarity be imagined within the gig economy.

Dr Nair is an Assistant Professor at IIIT, Delhi. Her expertise is in the area of urban informal labour and livelihood patterns with an emphasis on the question of technology, caste and gender.

Picture Credits: “Delivery boys are the kings of road during lockdown” by Scalino.