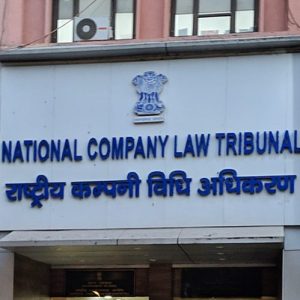 NCLT Mumbai’s recent ruling in Syndicate Bank v. Bothra Metals and Alloys necessitates re-examining whether balance sheet entries amount to an acknowledgement of debt for the purpose of limitation.

On 6 July 2020, the National Company Law Tribunal, Mumbai (Hereinafter ‘NCLT’ or ‘Adjudicating Authority’) delivered a judgment in Syndicate Bank v. Bothra Metals and Alloys, ruling that the application under Section 7 of Insolvency and Bankruptcy Code, 2016 is not barred by limitation. This ruling was based on the observation that there was acknowledgement of debt in the balance sheet of the debtor all along the period after the date of default. Notably, contrasting rulings have been given by National Company Law Appellate Tribunal (Hereinafter ‘NCLAT’) in its numerous judgments in this regard. Consequently, this judgment of NCLT yet again provoked a discussion relating to the unsettled tenet of the law of limitation that has gripped the nation’s Company Law Tribunals around the concept of ‘acknowledgement of debt in the balance sheet’.

This article attempts to analyze the conundrum by, firstly, emphasizing on the legal framework that has been contrived in implications of the Limitation Act, 1963 (Hereinafter ‘the Act’) on the Insolvency and Bankruptcy Code 2016 (Hereinafter ‘IBC’ or ‘Code’). Secondly, presenting the uncertainty among the Company Law Tribunals regarding the acknowledgement of debt, by analyzing the contrary judgments of the tribunals juxtaposed to the stance taken by the Supreme Court and High Courts. Thirdly, concluding with a way forward as solutions that have already been enumerated in the judicial convictions of High Courts and Supreme Court.

At the outset, it would be fruitful to get the understanding of interplay between the Code and the Act before further delving into the issue at hand of acknowledgment of debt in the balance sheet. The application of the Act in Indian insolvency proceedings was determined by the Supreme Court of India in case of B.K Educational Services Pvt Ltd v. Parag Gupta and Associates. The Apex Court, herein, held that the Act is applicable to applications filed under s.7 and s.9 of the Code, and will be governed by Article 137 of the Act, which provides for a period of three years of limitation on the proceedings.

Further, the Supreme Court in Sagar Sharma v. Phoenix ARC Pvt Ltd held that “the date of coming into force of the IBC does not and cannot form a trigger point of limitation for applications filed under the Code. Equally, since ‘applications’ are petitions which are filed under the Code, it is Article 137 of the Act which will apply to such applications.” It is thus evident that the limitation period is calculated from the date of default irrespective of the IBC’s coming into force on December 1, 2016.

Balance sheet is the financial statement of a company which contains the transactions undertaken by it, details all the assets and liabilities, and acknowledges the debt of a company. The Company Law Tribunals have ruled contrary judgments while deciding acknowledgement of debt in the balance sheet. This has created an uncertainty in law, thus unsettling its position and spreading confusion. While contemplating the issue, NCLAT in G Eswara Rao v. Stressed Assets Stabilization Fund observed that the filing of balance sheet is mandatory under s.92(4) and attracts penal action under s.92(5) & (6) of the Companies Act, 2013. Therefore, it held that if Balance Sheet amounts to acknowledgement under s.18, then in such a case, no limitation would ever be applicable.

This proposition has been further upheld by NCLAT in V. Padmakumar v. Stressed Assets Stabilization Fund with a 4:1 majority ruling. The NCLAT relied on the reasoning of G Esawara Rao and ruled that for the purpose of filing an application for initiation of the Corporate Insolvency Resolution Process under the IBC, entries in the balance sheet of the company do not constitute an acknowledgement of liability in terms of s.18 of the Act.

In its earlier judgment NCLAT in Gautam Sinha v. UV Asset Reconstruction Company Limited and Ors, observed that the Balance Sheet would be required to be read with Directors’ Report if acknowledgement in the balance sheet is to be determined. This judgment is inspired from earlier precedents of Indian courts all concluding the same, concerning the sufficiency of acknowledgement of debt in the balance sheet for extending the period of limitation.

This contention of the Supreme Court was also relied on by the Calcutta High Court for acknowledgment of debt by the Corporate Debtor, wherein it observed that the intention to admit such jural relationship shall be evident in the balance sheet. Thus, for the purpose of s.18 of the Act, the balance sheet can be considered to be a valid acknowledgement of the debt by the Corporate Debtor.

Perusing thoroughly, it is difficult to accept the rationale that only because s.92 of the Companies Act, 2013 requires the filing of Annual Returns by the Company mandatorily and the default attracts penal action, the same cannot be treated as an acknowledgement under s.18 of the Act. The imposition of such a legal obligation does not ipso facto make transactions recorded in a balance-sheet involuntary. In fact, a company is free to exclude a time-barred debt from the balance-sheet, declare it to be unacknowledged or barred by limitation in its Directors’ Report.

Law is bereft of all its utility if pushed into a state of uncertainty by conflicting decisions. The judiciary has well-settled a precept of law in its precedents by holding that balance sheet entries will amount to an acknowledgement of liability for the purpose of limitation. Regardless, the NCLAT has deflected from the long-established tenet of law by adjudicating otherwise, thus creating haphazardness. Ergo, we believe that the Company Law Tribunals will soon eliminate the confusion and uncertainty by following the directions of the High Courts and Supreme Court.

The authors are students at the National Law University Odisha, Cuttack.