Bail under the UAPA: A case for reconstruction 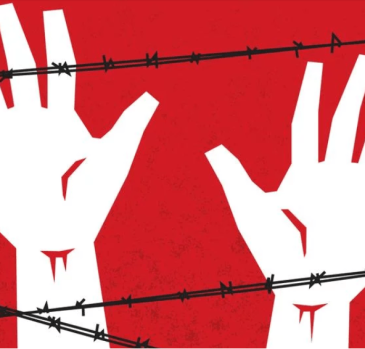 The Unlawful Activities Prevention Act (‘UAPA’) was passed in the year 1967 as a mechanism to check unlawful activities, terrorist organisations and other notorious groups posing a threat to the integrity and sovereignty of India. Civil rights organizations have vehemently opposed the legislation, which negates the very ethos of democracy. For one, it gives sweeping powers to the government to designate any group or opinion as ‘unlawful.’ In essence, it dilutes the distinction between political opposition and criminal activity. This persecution and delegitimization of political dissent is representative a larger culture of political witch-hunting, which mischaracterizes legitimate opposition to the government as waging war against India.

Unique bail conditions in several “special criminal laws” are one of the vestiges of India’s colonial past. Among these is Section 43(D)5 of the UAPA, which only allows an accused to receive bail, if the court has “reasonable grounds for believing” that they are innocent. As is evident from the bare letter of this provision, it contradicts the very purpose of bail, which is to prevent punishment before conviction.

The jurisprudence of bail in India

Indian bail jurisprudence is founded on the strong legal presumption of innocence and embodies the idea of liberty and freedom from punishment before conviction. Deciding applications for bail requires courts to juxtapose considerations of personal liberty with public interest. The Supreme Court defined the concept of bail in Kamlapati Trivedi v. State of West Bengal. It recognized bail as a synthesis of two basic concepts, an accused’s right to personal freedom, and the public interest release is conditional on. However, the interpretative history of bail in India has been largely inconsistent.

The earlier approach of the Court towards bail was rather liberal and cognizant of the right to personal liberty espoused in Article 21. This approach balanced in favour of the presumption of innocence and the general rule of “bail, not jail” unless the circumstances of the case suggest obstruction of justice, fleeing, intimidating witnesses, etc.

However, in subsequent decisions, the Supreme Court has tended to adopt a narrower standard. In Pappu Yadav v. CBI, the Court imposed “reasonable restrictions” on the right to liberty because of the gravity of allegations. Similarly, the Delhi High Court in Sanjay Chandra v. CBI (2G Scam Case), based on the seriousness of the claims being “sufficient enough” to deny bail. However, the Supreme Court overturned this order and granted bail to the accused.

Contradicting its position in Pappu Yadav, here, the court recognized that the rights under Article 21 were paramount, and authorizing pre-trial detention would be repugnant to the most fundamental of all rights. Purely, because Sanjay Chandra is the latter of the two cases, the court’s decision suggests a return to the more liberal construction of bail and upholding the ‘innocent until proven guilty’ principle.

These contrary interpretations prove that the ultimate decision is always conditional on  the unique facts and circumstances of each case. This significant discretion vested in the courts dramatically highlights the need to decide based on some uniform interpretational standard. So far, the court seems inclined towards the more liberal approach, but even that is unclear when it comes to bail under criminal legislations like the UAPA.

Bail under the UAPA: the need for change

The debate around the UAPA and its controversial bail conditions has been reignited by the recent denial of bail to student activist Safoora Zargar.

The bare text of Section 43D(5) concerns Chapters 4 and 6 and, therefore, does not apply to all cases brought under the Act. Specifically, these chapters deal with “terrorist acts” and “membership with the terrorist organization,” respectively. Conviction under this provision requires prima facie evidence of the same.

In the past, the Courts have used different mechanisms to uphold personal liberties and skirt these bail provisions. However, the more recent decisions of the Supreme Court in matters of bail in “special criminal legislations” like the Narcotic Drugs and Psychotropic Substances Act, 1985 (‘NDPS’), reveals the rise of ‘punitive constitutionalism.’ The Court has taken “reasonable grounds” to mean something more than prima facie grounds. This means that to be granted bail, there must be “substantial probable causes” for believing that the accused is not guilty. It seeks to make rights contingent on “good behaviour”, and by extension- see the Constitution as an instrument to restore order in a recalcitrant society. This trend is apparent when tracing the development of Safoora Zargar’s bail order.

The order of the Patiala House Court denying her bail nowhere establishes how the charges leveled against her fall under Chapters 4 and 6. All it does it deny bail on the grounds of “unlawful activity,” which is not synonymous with “terrorist activity.” The only evidence the Court found was that there was “conspiracy” to blockade roads (chakka jam).

Without explaining how, the Court held that “inflammatory speeches” inciting violence were attributable to her. Historically, the SC has narrowly interpreted accountability for “inflammatory speeches” to cases where there is incitement of violence. For criminality to be imposed, the nexus between the speech and violence must be like a “spark in a powder keg”. This implies a sense of immediacy which does not come through in the bail order.

“[…] when you choose to play with embers, you cannot blame the wind to have carried the spark a bit too far and spread the fire.”

The Delhi HC finally granted her bail on humanitarian grounds. Bail granted on these grounds, accounts for personal circumstances — Zargar’s pregnancy and other health-related issues, and the humanity of keeping her in an overcrowded prison during a global pandemic—  rather than the merits of the case itself.

When draconian legislations like the UAPA carry such a colossal scope for subjectivity in interpreting offences and punishments, there is a need to envisage a system of robust checks and balances to curb police arbitrality. Instead, the UAPA amplifies their authority to arrest, search, and seize, increases the period of detention, disallows anticipatory bail, enhances restrictions on bail, and, most significantly, completely refutes the ‘presumption of innocence.’

That an accused is “innocent until proven guilty” is the fundamental plank of criminal jurisprudence. The UAPA effectively arms any government to incarcerate and quash any people, organizations, or opinions that it finds politically undesirable. Even after a case goes to trial, the accused is inevitably in for a long and bumpy ride, while state agencies automatically have the odds stacked in their favour.

The raison d’être behind bail is that it is wrong to incarcerate a person until the question of their guilt is set in stone. The only considerations courts weigh in granting, is whether bail might have otherwise counterproductive ramifications. The UAPA refutes all notions of personal liberty by effectively making the grant of bail impossible.

Even ignoring the anti-democratic and authoritarian core of the UAPA, these provisions might perhaps work in a legal framework where cases are decided expeditiously. However, in the Indian system, where trials progress at an inordinate pace, these provisions enable pre-trial incarceration for years on end, without imposition of actual criminal liability. There have been cases where people have been jailed for decades before being found innocent.

Therefore, it is evident that the provisions for bail under the UAPA are not only anachronistic but also impractical. There is a need (if not to repeal the UAPA altogether), to evaluate and reconstruct the bail provisions under it.

Firstly, there must be substantive legal action to repeal the contradictory interpretations of bail law in the country. This needs to infused with the bail conditions under the UAPA as well. Opposing decisions have made the arena of bail jurisprudence an uncertain one. Courts need to decide, once and for all, what factors need to be taken into account to determine whether bail is to be granted and interpret the same in a manner that protects personal liberty. Denial of bail should only be justified on the grounds of a pressing and overriding public interest.

And secondly, the UAPA needs to be redrafted in such a manner that it does not involve such mammoth amounts of government and law enforcement discretions. Terror and unlawful activities are defined, such that they only outlaw activities of those that question the status quo, criminalizing fundamental democratic rights. These ambiguous and imprecise definitions have often been used to deny bail by designating acts of dissent as “unlawful” or “terrorist” activities. Most significantly, this was seen in the Bhima-Koregaon and the NIA Kerala student cases. Making these definitions vague and broad, creates an atmosphere of thought-policing and provides unapologetic impunity to the police. Thus, clearer and more democratic definitions would go a long way in helping to recast bail law under the Act, to be in tandem with the larger presumption of innocence.

While it is true that personal liberties have to be balanced against considerations of public interest, the strong legal presumption of innocence suggests the greater importance of individual freedoms. Only in matters affecting the very fabric of society should the resolution be by reference to what is in and what is against the interest of community. The presence of certain broad guidelines means that even in exercising its discretion, courts must be mindful that it is not arbitrary and in tandem with well-established principles.

From its metaphorical musings, it is evident that the Court is holding a lit match against the kerosene-soaked rule of law. To save the foundations of the criminal justice system, it must be doused.

The author is a II Year law student at WBNUJS, Kolkata.