Does the EIA Draft Notification, 2020 adhere to India’s obligations under the domestic and international legal framework in tandem with sustainable development goals? 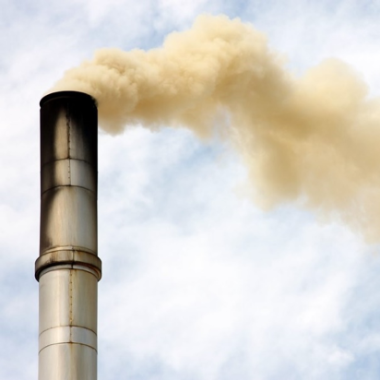 Environmental Impact Assessment (EIA) is a policy tool that aims to gauge the impact of an industrial project on the environment. EIA is an internationally used mandatory regulatory procedure to approve projects that impact natural resources. It studies a prospective project’s design in order to mitigate any adverse environmental impact it might entail to balance ecological well-being and economic growth. It undertakes this process by engaging stakeholders to ensure community involvement which furthers an ecologically sound project.

Under Indian Law, Section 3 of the Environmental (Protection) Act, 1986 (EPA,1986), makes the Environmental Clearance (EC) mandatory via EIA. The first EIA draft was notified in 1994 and the last was EIA 2006. In 2020, the Ministry of Environment, Forest and Climate Change (MoEFCC) released the Draft EIA Notification which is a significantly regressive step back from its predecessors. The severe backlash against EIA 2020 concerns the writing off of safeguards contained in local regulations and international obligations. The 2020 Draft withers environmental rigour in order to make the assessment process “more transparent and expedient” which dilutes the efficacy of the law. In this context, this article aims to contribute to the ongoing discourse on EIA 2020 and further ecological literacy from a legal perspective.

Drawbacks of The EIA Draft Notification, 2020

Through the Directive Principles for State Policy (DPSP), the Indian Constitution obligates the State and the citizens, under Article 48A and Article 51-A(g) respectively, to protect and improve the environment and safeguard forests and wildlife. Under fundamental rights enshrined in the constitution, Article 21 provides for Right to Life that has been interpreted as Right to Life and Healthy environment. Additionally, equality with respect to decisions concerning the impact on the environment has also been read into Article 14 of the Constitution. Lastly, Article 51(c) of the Indian Constitution mandates that the State shall foster respect for international law and the obligations under the treaties. This includes environmental obligations under international conventions. Hence, the Indian Constitution confers environmental rights to the citizens and imposes a duty on the State to protect the environment. However, the State has violated that duty through the provisions of the EIA Draft as follows:

The Draft handicaps the punitive hue of environmental violations by prescribing mere monetary fines instead of criminal sanctions. These sanctions originally have been provided under EPA,1986. The Draft, an executive notification attempts to overpower the existing statutory sanctions. Thus, the notification attempts to encroach into the law-making function of the legislature. Hence, it violates the Separation of Powers doctrine which forms a part of the basic structure of our Constitution.

Moreover, it absurdly commodifies environmental damage to be countered with monetary compensations. An economic analysis would suggest that unless the benefits of violating a law are less than the costs incurred as punishment for violating the law in the form of corresponding fines (criminal or monetary), a law is not effective. The Draft fails this test in all measures by not only limiting criminal sanctions but also limiting the quantum of monetary fines.

Further, it fails the doctrine of non-regression of environmental protection laws and the polluter pays principle that requires the polluter to bear the costs of preventing foreseeable damages to human and environmental health. Additionally, it violates the principle of intergenerational equity that requires fairness and equality in resource allocation to be practised between different generations to harbour sustainable development. The National Green Tribunal marked these principles as “indispensable”, in the case of Society for Protection of Environment & Biodiversity v. Union of India, stating that deregulation of environmental legislation favours development at the expense of the environment.

Participatory governance in the previous notification allowed public consultations on crucial environmental issues to address the grievances of stakeholders. However, the Draft plans on expanding the list of environmental projects that do not require prior public consultations for clearance. For example, under Clause 14(2), linear projects like highways and expressways in border areas are exempted from public hearing. This risks detrimental impact on the biodiversity in border regions of northeast states of India.

Under Clause 7, it also proposes that the time frame of public hearing be reduced from 30 days to 20 days and such hearings be conducted in the form of video conferences if physical presence is not possible. This would be highly exclusionary for those whose environmental rights are affected by capitalist interests. These aggrieved largely hailing from villages and tribal locations, are not privy to the internet especially when internet penetration in India itself is a mere 36%.  The process then becomes exclusionary by nature, capable of being read as falling foul of fair hearing principles of natural justice enshrined under Article 14 and 21 of the Indian Constitution.

Ironically, the draft proposes an ‘ex-post facto clearance’ which allows commencement of projects prior to assessment and clearance. This goes against the core objective of the process to test a project for its environmental soundness. The Supreme Court in case of Alembic Pharmaceuticals Ltd. v. Rohit Prajapati struck down such clearance as unconstitutional: –“Requirements of a public hearing, screening, scoping and appraisal are components of the decision-making process to ensure that impacts of the industrial activities be considered in the decision-making calculus. Allowing for an ex post facto clearance would essentially condone the operation of industrial activities without the grant of an EC (environmental clearance). In the absence of an EC, there would be no conditions that would safeguard the environment…”

The Draft grants an automatic exemption up to forty industries that were previously required to secure prior EC or EP under Clause 26. This allows the development of projects in environmentally sensitive regions that can harm biodiversity. It results in rampant depletion of natural resources and failure in ensuring ecologically safe operation of these industries. For example, projects involving national highways are exempted from clearance which can allow construction of roads that cut through rich forests.

The draft has extended the minimum threshold limit for environment clearance of construction of buildings to 150,000 sq. m from 20,000 sq. m. This will encourage construction projects that are a major contributor to Greenhouse Gas emissions. It is detrimental as constructions under this threshold limit shall be exempt from the EIA regulatory process. Earlier, a similar notification from the MoEFCC was set aside by the National Green Tribunal in 2017. Additionally, though the EIA aims to safeguard the environment, the process involves red-tapism and legal paperwork which gives leeway to bureaucratic-political strongholds that bestow concessions to industries in a crony-capitalist environment.

With unhindered depletion of resources and corresponding pollution, these proposals risk India falling short of its international commitments. The Preamble of the EPA,1986 states its purpose as the implementation of the UN Conference on the Human Environment in Stockholm, 1972. Additionally, India is a party to the Convention on Biological Diversity, 1992, ratifying, “sustainably using components of biological diversity” but such easing of regulations can only inspire depletion of environmental resources at the hands of government discretion motivated by political and capitalist interests.

Further, the Draft infringes on the following international commitments: Montreal Protocol, 1987 to prevent depletion of the Ozone Layer; UN Framework Convention on Climate Change (UNFCCC), 1992 to regulate greenhouse gas emissions; Agenda 21, instituted in Earth Summit in 1992 to achieve sustainable development as well as the pledge made in the Paris Agreement 2015, to contribute in reducing global climate change by 2030.

Deregulations under the EIA 2020 weaken the regulatory framework and these dilutions are not limited to environmental safeguards but have also trickled to humane safeguards, with recent labour law regulations being severely eased to nudge the economy. Such acts prioritising progress over human and environmental well-being seem to be guided by capitalistic anxieties to ease business and attract foreign-domestic investments.

As per statistics, India ranked 168th out of 180 countries in the 2020 Environmental Performance Index (EPI). India is among the top four emitters of global greenhouse gases.  Additionally, the country faces yearly enviro-industrial disasters killing hundreds like LG Polymers gas leak in Vishakhapatnam (2020) , Bhilai Steel Plant Pipeline Blast (2018), Belur Chlorine Gas Leak (2017)  despite the existing regulations in place. Thus, project clearance backed by a strong EIA framework is a need of the hour.

Considering the economic downturn because of the COVID-19 pandemic, an argument in favour of the Draft states that the notification ensures faster clearance of projects to further growth of the economy. However, it is pertinent to balance the need for economic growth and environmental concerns and this responsibility lies not only on individuals but also the State. The EIA draft Notification fails on this front as the larger manifestations of its provisions contribute to increased environmental degradation and laxity of the regulatory framework. Taking everything into account, as Edward Abbey, an environmental activist has rightly quipped, “Growth for the sake of growth is the ideology of the cancer cell.”

“The deadline for public consultation on EIA 2020 has been extended to August 11, 2020, by the Delhi High court owing to ambiguities in the Draft. Thus, objections or suggestions to the Draft EIA 2020 Notification can be sent to –  The Secretary, Ministry of Environment, Forest and Climate Change, Indira Paryavaran Bhawan, Jor Bagh Road, Aliganj, New Delhi-110 003 or at eia2020-moefcc@gov.in. Sample letter formats for the same can be found here and here.”

The authors are students at the NALSAR University of Law, Hyderabad.