Equalisation Levy 2.0 – Is It Constitutionally Valid 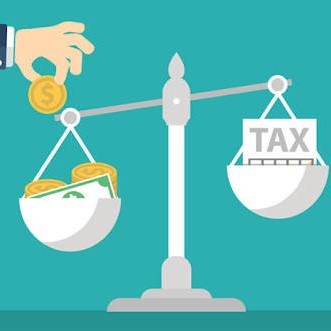 The amended Equalisation Levy has added to the woes of the e-commerce companies.

Recently, the Finance Act 2020  radically amended the scope of equalisation levy. This Amendment, which was made effective from April 1, 2020, came as a shock to the e-commerce operators and was passed without any debate. The concept of equalisation levy was first introduced in the year 2016 wherein the non-residents, which do not have any Permanent Establishment (PE) IN India, were charged at the rate of 6 percent on the revenue earned by providing online advertisement services, digital advertising space or any other facility or service for the purpose of online advertisements. The recent Amendment, which seeks to target e-commerce giants like Amazon, Facebook and Google, has various issues which needs to be addressed before its implementation.

As per Sub-section (2) of Section 165A, no equalisation levy shall be charged —

As per the stance taken by the ‘Committee on Taxation of E-Commerce’ constituted by the CBDT, equalisation levy is not a tax on income. It is a tax on the gross amount of transactions under the head digital services. For the same reason, it is not part of the present Income Tax Act, 1961 and has been passed via the Finance Act, 2020. As per Article 265 of the Indian Constitution, 1949, no tax shall be levied or collected except by the authority of law. Now the question that arises is that does the Parliament has the authority to impose such a levy.

As per the ‘Committee on Taxation of E-Commerce’, the Parliament derives its powers to tax e-commerce comes from Entry 92C (Taxes on Services) and Entry 97 (Any other matter not enumerated in List II or List III including any tax not mentioned in either of those Lists) of List I of the Seventh Schedule to the Constitution.

However, the Parliament could not have derived its power from Entry 92C of List I because it was never notified. Moreover, it was omitted from the Constitution by virtue of The Constitution (One Hundred and First Amendment) Act, 2016.

Also, it cannot be said that the Parliament has derived its power to levy equalisation levy from Entry 97 of List I. The said Entry deals with “Any other matter not enumerated in List II or List III including any tax not mentioned in either of those Lists”. Clearly, equalisation levy aims to tax the digital services provided/facilitated by the non-residents. However, it seems that tax on such digital services is already covered within the scope of Goods and Services Tax (GST). Article 246-A of the Indian Constitution deals with the power of the Central and State Government to make laws with respect to GST. Such digital services are taxed under the category Online Information and Database Access or Retrieval Services (OIDAR services).

Section 2(17) of the IGST Act defines OIDAR Services as “services whose delivery is mediated by information technology over the internet or an electronic network”. The Section provides a list of services which are covered under the scope of OIDAR, these are “(i) advertising on the internet; (ii) providing cloud services; (iii) provision of e-books, movie, music, software and other intangibles through telecommunication networks or internet; (iv) providing data or information, retrievable or otherwise, to any person in electronic form through a computer network; (v) online supplies of digital content (movies, television shows, music and the like); (vi) digital data storage; and (vii) online gaming;” It is important to note that the scope of OIDAR extends to both B2B and B2C transactions.

Now the question that arises is can the Parliament impose provision of equalisation levy over and above the provisions of GST. To answer this, it needs to be considered that Article 246A starts with a non obstante clause. Therefore, it is difficult to justify legislative competence of equalisation levy though Entry 97 of List I.

It may also be contended that the Parliament has derived its power to impose an equalisation levy from Entry 82 of the List I of the Seventh Schedule. The said list covers ‘Taxes on income other than agricultural income’. However, as mentioned above, equalisation levy is not a tax on the income and is also not part of the Income Tax Act, 1961. Therefore, justifying the constitutional validity through Entry 82 is going to be difficult.

Other Issues with equalisation levy

It is interesting to note that the amended equalisation levy seeks to tax certain ‘specified transactions’ between non-residents. Sub-Section 3 to the Section 165A provides for transactions which fall under the category of ‘specified transactions.’ These are (i) sale of advertisement, which targets a customer, who is resident in India or a customer who accesses the advertisement though internet protocol address located in India; and (ii) sale of data, collected from a person who is resident in India or from a person who uses internet protocol address located in India.] It would be interesting to see that how such transactions between the non-residents shall be tracked and monitored.

In the case of GVK Industries v. Union of India, the Apex Court had specifically held that with respect to laws which have extra-territorial application, they must have an impact or nexus with India. Otherwise, it would be ultra vires Article 245 of the Constitution of India. Now with respect to equalisation levy. The key question here is whether targeting an Indian customer merely for advertisement sufficient to create a territorial nexus for the levy. Clearly, determining nexus based merely on the use of Indian IP address may seem inadequate. Also, for services which are targeted at the global level, for example advertisements given on Facebook, then the question arises is how the allocation of consideration shall take place in such cases.

Clearly, equalisation levy is a unilateral measure on the part of India to tax e-commerce operators. This is a major setback to the OECD’s already struggling Pillar One model which seeks to gather global consensus on taxing digital transactions on the basis of three-tier profit allocation mechanism. To add to the woes of the OECD’s efforts, the Finance Act, 2020 has introduced Section 194-O to the Income Tax Act, 1961. Section 194-O which would be effective from 1st October, 2020, seeks to deduct tax at source (TDS) at the rate of 1 percent on the gross amount of sales of goods and services facilitated by e-commerce operators through digital or electronic platform to the participants. Since the amended equalisation levy is a unilateral measure, it would not be possible for the taxpayers to avail Double Taxation Avoidance Agreements (“DTAA”) benefits. There is also a possibility that it may lead to double taxation.

Amid this pandemic, such drastic measures by the Government have added to the woes of e-commerce operators. Moreover, this Amendment gave very less time to the e-commerce operators to understand, analyse and prepare for its applicability. E-commerce giants such as Facebook, Amazon, Google, Microsoft and Adobe have sought the help of the US Government to raise strong concerns about the new equalisation levy. Even the Internet and Mobile Association of India (IAMAI) has asked the Government to rethink this measure as it would require companies to change its internal systems and billing mechanisms which is very difficult to do due to Covid-19. In such unprecedented times, imposition of such a levy, which may face challenge to its constitutionality or leads to the possibility of double taxation and other uncertainties, is not a very smart move from the government.

The author is a penultimate year student from National Law University, Jodhpur.