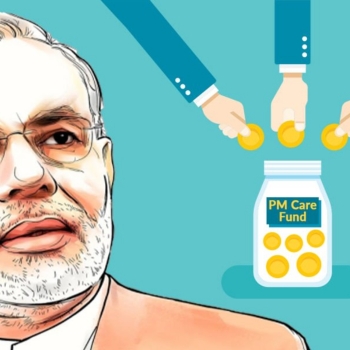 Recently, the PMO refused to answer a query filed under the RTI Act, 2005 (hereinafter “the Act”) sparking a rage of commentary on whether the PMO’s refusal to disclose the information was violative of the Act. The RTI application was declined by the PMO through its unusually expeditious reply citing technical irregularities of the application. Moreover, as the most recent development, the PMO has categorically stated that ‘PM-CARES’ does not fall within the scope of the Act.

The applicant had requested the details of the high-level meeting held before declaring lockdown, the correspondence between PMO and Ministry of Health, and disclosure of files relating to equipment for testing and relating to PM CARES Fund. The request was denied within a week, with a reply that read: “It is not open to the applicant under the RTI Act to bundle a series of requests into one application unless these requests are treated separately and paid for accordingly”. Another applicant in her application sought the copies of the trust deed of PM Cares Fund, and all Government Orders, Notifications and Circulars relating to its creation and operation. However, this time the PMO disingenuously replied that PM-CARES is not a public authority under the meaning of the Act.

The PM-CARES fund ever since its inception has generated strong criticism regarding its rules, functioning and the opacity surrounding its expenditure. The recent rejection of the RTI application has also unleashed a series of speculations on the standing of the fund within the scope of the Act. The authors aim to scrutinize the scope of the Act vis-à-vis the PM-Cares fund and if the PMO has violated the provisions of the act by refusing the application.

WHAT IS THE PM-CARES FUND AND ITS STANDING VIS-À-VIS RTI ACT, 2005?

The Prime Minister’s Citizen Assistance and Relief in Emergency Situations (PM-CARES) Fund was created in the wake of the Corona Virus pandemic to combat any emergency or distress situation. Prime Minister is the ex-officio Chairman of the PM CARES Fund and Minister of Defence, Minister of Home Affairs and Minister of Finance are ex-officio Trustees of the Fund. At the outset, Government contended that the relief fund established for COVID-19 is a public trust fund that operates on micro-contributions of a private nature from masses and from corporations implying that it warrants exemption under the RTI Act. However, it is only a concerted attempt of the government at misguiding the citizenry as the fund does not fall under the exceptions envisaged under the RTI Act.

The expression ‘public authority’ in itself is of wide amplitude and it also includes such body constituted by a notification or order of the government and that is owned, controlled or substantially financed by the appropriate government. These three conditions, i.e., owned, controlled, substantially financed are distinct in alternative and not cumulative. For a fund that operates at a National Level with the Prime Minister and other important office-holders of his government, it essentially acquires the colour of a public authority. The same was reiterated in the case of Prime Ministers National Relief v. Aseem Takyar. The Delhi High Court extensively scrutinised the standing of PM’s relief funds vis-à-vis the scope of the Act declared that PM-NRF falls under the ambit of the Act and is therefore obliged to a disclosure of information. On the question of exemptions under the Act, the court opined that “citizens have a right to know about the management of a fund which is used for benign purposes, inter alia, like providing relief in times of natural disasters. A disclosure of such information will ensure that the voluntary donations made by the citizen body is not appropriated by any government official.”

The PM CARES Fund is essentially similar to the PMNRF and can be viewed as a government fundraiser intended for a public purpose. Even though it includes donations from private entities, the government still continues to exercise substantial control over the operation and management of the funds. It, therefore, falls within the meaning of ‘public authority’ as prescribed under Section 2(h)(d) of the Act.

Despite the fund being the magnum opus of the government’s relief combat measures, there is an impermeable opacity surrounding its operations. Let us examine how this fund speaks for governance that has failed the test of transparency.

The PMO in its misleading reply resorted to an order of CIC in which the commission dealt with an RTI application that sought information on a total of 69 points.  The PMO declined the application based on the multiple requests contained in the single application. The reliance of the PMO on the order is however misplaced because the Chief Information Commission (CIC) in that order did not dismiss the application but asked for an additional fee for questions pertaining to different subject matters altogether.

The CIC in its subsequent judgements, namely DK Bhaumik v SIDBI and Amit Pande v SIDBI, dispelled the ambiguity surrounding the multiplicity of requests under the provisions of the Act. The public authorities would often decline the application if the request contained multiple queries pertaining to more than one subject areas. The same misinterpretation was debunked by the Chief Election Commissioner Mr Shailesh Gandhi wherein he observed that:

“If the golden rule of statutory interpretation is to be applied, then the term ‘a request’ must be given its natural and ordinary meaning, which certainly does not appear to mean ‘one category of information’.”

The position is that the Act does not impose an embargo on the scope of requests or applications filed.  The authorities are obligated to transfer the related queries to the appropriate authority if they find that such queries are not relevant to them. Restricting the scope of application based on a multiplicity of requests and charging additional fees for every other point of information sought for defeats the spirit of Right to Information.

The Act also makes it obligatory for every public authority to make suo motu disclosure of the particulars of its organization, functions, duties and other matters. Even in this regard, the PM CARES fund fails to pay heed. Its website is completely opaque with respect to the mechanism of collection and expenditure of the donations, information of the donors and beneficiaries etc. Additionally, the fund’s trust deed has also not been made available for public scrutiny. Since the fund involves donations from individuals and organisations, it falls outside the purview of the Comptroller and Auditor General of India and will be audited by independent auditors appointed by the government.

After rejecting multiple RTIs on trivial grounds the PMO craftily denied any responsibility by stating that PM-CARES does not fall within the meaning of ‘public authority’. In the light of its repeated dismissal of RTIs, there’s no other way these details can be retrieved from the Government. The PMO’s dismissal of the RTI application is not only an abject contravention of the provisions of the RTI Act but also shows a general disregard towards the jurisprudence available on the subject.

While it is understandable that if the information sought for is personal and does not sub-serve larger public interest, the public authority is not legally obliged to furnish that information. This may include the details of the donor or the beneficiary which the individual might not want to reveal and the disclosure of the same would amount to an invasion of his privacy. However, this does not bar the disclosure of the total amount collected or the services that are being provided by the use of these funds. Emergency funds run by government across the world, have understood and complied with the obligation to disclose the total collection and disbursement of their fund.

Transparency of information has been considered vital to the functioning of democracy, to eliminate opacity in the functioning and to hold Governments and their instrumentalities accountable to the governed. The Government’s consistent subterfuge in circumventing the ambit of the Act reflects the insincerity on its part. It is not surprising that India has fared poorly at the Global Transparency Index and it is currently ranked at 80 out of 180 odd countries.

A recent video of a young child tugging at the shroud of his dead migrant mother narrates a tragic story of the failure of governance. While there are prodigious amounts of funds in the PM-CARES, very little is known about the services these funds are being put to use for. Despite the alleged expenditure of the fund to provide for the migrant workers, there are reports revealing that thousands of migrant labourers still continue to travel barefoot under the sun and those accommodated to travel by trains are dying out of starvation and heat. In such grim times, it becomes highly imperative on the Government to keep the doubts of the public at bay by satisfactorily answering their queries. The Government should immediately stop this game of Hide and Seek with the citizens’ right to information.

The authors are students at the National Law Institute University, Bhopal.