COVID19-XIX: Child Abuse in India amidst the Pandemic 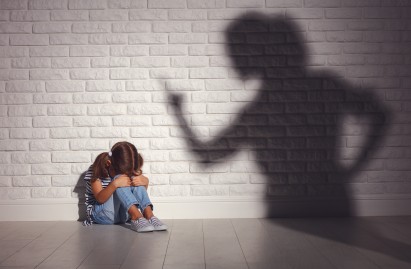 While everyone is concerned about maintaining social distance to prevent the spread of COVID-19, not much attention is being paid to the plight of people confined in abusive spaces. Since the entire nation has been in a state of lockdown for over a month now, an increase in the levels of stress and anxiety due to a limited amount of social interaction is a common phenomenon. Restricted movement amidst the global pandemic has led to an exponential rise in the instances of physical and mental abuse all across the world.

Although discussion over rising mental health concerns has gradually started coming up over the past few weeks, an extremely vulnerable section of the society has been kept out of it i.e. children. Children are highly vulnerable in the sense that they are completely dependent on their parents/guardians for their well-being and maintenance. So in a situation where social isolation takes a toll on adults, children are left most susceptible to bearing the brunt of the repercussions.

In the first week of April itself, the government helpline ‘CHILDLINE 1098’ received more than 92,000 SOS calls reporting child abuse and violence at home. The Karnataka High Court asking the State government to take due action on this surge and a group of Delhi based lawyers writing to the CJI to take suo motu cognizance of the issue give clear cut indications of a crisis within a crisis. The problem is staring us right in the face but we have preferred the proverbial ostrich’s route to bury our heads in the sand.

THE PROBLEM ON THE FACE OF IT

Before delving into the intricacies of this discussion, it is essential to understand the meaning of ‘child abuse’ in a holistic manner. The WHO in its Consultation on Child Abuse Prevention (1999) defined child abuse in the following manner:

‘‘Child abuse or maltreatment constitutes all forms of physical and/or emotional ill-treatment, sexual abuse, neglect or negligent treatment or commercial or other exploitation, resulting in actual or potential harm to the child’s health, survival, development or dignity in the context of a relationship of responsibility, trust or power.’’

The UN Convention on Child Rights also calls for special safeguards and protection for children due to them being ‘physically and mentally immature’ and that they should grow up in a harmonious and caring environment where all their socio-economic needs are satisfied. The convention further seeks to provide every child with an adequate living for his/her social and spiritual mental well-being under Article 27. This helps us understand that children have for long held a special position in our society and their need for special protection is universally recognized.

To provide some context to the situation prevailing before COVID-19 with regards to the child sexual abuse, The Crime in India-2018 Report prepared by the National Crime Records Bureau states that ‘40,810 children fell victim to sexual offences and in 95% cases the perpetrators were known to the victim i.e. either a family member or a friend or a neighbour’. Unfortunately, these numbers are only the tip of the iceberg as maximum cases go unregistered because the perpetrator tries to manipulate the trust of the child and hide the abuse. Moreover, when the perpetrator is known to the victim, families tend to refrain from complaining and try resolving the matter internally, especially in light of the POCSO (Amendment) Act, 2019 which makes a penetrative sexual assault on a child punishable with death. However, many NGOs like Amnesty International and Kailash Satyarthi Children’s Foundation have been doing a remarkable job in their fight against child abuse by going to schools to interact with children, counselling them and helping them in reporting the cases. But this state of lockdown has rendered even these crusaders of child rights helpless, as they are unable to interact with the children like before. Presently, the children who in most of the cases do not even have the idea of a bad touch are all on their own in the abusive spaces.

SILENCE OVER THE PSYCHOLOGICAL ASPECT OF THE CRIME

Unfortunately, whatever limited discussion that takes place over child abuse is also mostly centred towards the physical aspect of the abuse. The visible damage always outweighs the potential damage in the eyes of society. A major reason behind the same is the high amount of difficulty faced in giving psychological/ emotional abuse a fixed definition. Nevertheless, non-physical forms of hostile treatment affecting the emotional development of a child are also critically problematic, especially in the current times of limited human interaction.

The collateral damage of COVID-19 has been in the form of excessive financial and professional stress amongst people. The global economy is coming crashing down, recession knocking at the door and The UN Conference on Trade and Development has already estimated the minimum economic impact of the pandemic to be $1 trillion. To make matters worse, the falling demand and the constraints in supply make the creation of new jobs highly improbable in the near future. Consequently, the frustration felt by these people due to a lack of control over their life in such a scenario often results in the most vulnerable groups being targeted. Furthermore, Kailash Satyarthi Children’s Foundation has also raised the concern that children might be soft targets for migrant labourers who might resort to trafficking them after losing their jobs due to the pandemic.

While the adults are struggling to make both ends meet amidst this catastrophe, children, on the other hand, are too puerile to fathom such things. No one can expect them to handle this sudden change in their lifestyle in a matured manner. This makes their proper rehabilitation into a new way of living all the more necessary.

In a situation where regular physical checkups and contact become extremely difficult with most countries imposing severe movement restrictions, the government needs to come up with quick, innovative and effective solutions. The authors have the following suggestions to make in this regard:

Firstly, it is absolutely essential to creating awareness about child rights and mental health within society. Moreover, a healthy discussion must be initiated over social media platforms to remove all the misconceptions prevailing over these issues amidst society. Government agencies, which are at the forefront of the battle against COVID-19, need to take an empathetic and diligent outlook regarding such issues and work with their communities to understand the issue better.

Secondly, with the possibility of a severe economic recession in the near future, children are extremely susceptible to child trafficking, child labour and slavery as already pointed out in the article. The government needs to ensure that the existing laws i.e. Article 24 of the Indian Constitution and The Child Labour (Prohibition and Regulation) Act, 1986 are strictly enforced as well as when schools finally reopen, any potential dropouts are investigated and a proper record of the same is maintained.

Thirdly, virtual checking of shelter homes and other potential hotspots coupled with a method of random checking must also be conducted at regular intervals. As per the recently issued guidelines by the Hon’ble Supreme Court to the Child Welfare Committee under the Juvenile Justice Act, 2015, the protection homes for the juveniles must be regularly checked and monitored. Using online aides like Google Hangouts and Google Meet while conducting these checkings might be of great help.

The Department of Family and Child Welfare which already has a project named Childline India Foundation can also partner up with NGOs like the Child Rights and You (CRY), Smile Foundation and schools to gain a better understanding and work towards creating a Public-Private Partnership (PPP) model in the field of social welfare.  Wide publicity of all helpline numbers through mass media and appointing Nodal officers to attend the calls for complaint must also be done. Inspiration can also be taken from Italy and the UK which have already developed concealed Apps for reporting the instances of abuse.

Fourthly, the government must take inspiration from a few foreign measures. For instance, Canada has specifically allocated $50 million for creating shelters for victims of sexual assault. By employing the members of the child rights NGOs in these centres we can make this measure feasible in the Indian context. Furthermore, the WHO Director-General has said that protection services for women and children must be included within the ambit of ‘essential services’.

Lastly, investment in the mental health infrastructure in India must be an absolute priority as mental health issues in adolescents often manifest in delinquent behaviour in the later years.  The Mental Healthcare Act, 2017 guarantees every person access to healthcare and treatments by the government in the spirit of the vision of ‘healthcare for all by 2027’. It grants a legally binding ‘right to mental healthcare’ to over 1.3 billion people and seeks to fulfil the mandate of  United Nations Convention on the Rights of Persons with Disabilities. Chapter V of the Act lays down special provisions under Section 18(4) (e) for child healthcare services. The Act further guarantees affordable and accessible care at the local level.

However, while the Act envisages accessibility through local healthcare centres, it largely remains silent on how these centres can become accessible to children who may not have their individual agency to approach them on their own since they are reliant on their parents and the larger society for their needs. The Act thus has a major loophole where the needs of its most vulnerable stakeholders are largely ignored in practice, which must immediately be taken care of. Using helpline numbers or developing Apps might be a major step towards the rectification of this shortcoming.

All these suggested measures might prove to be very fruitful in curbing the instances of child abuse during the pandemic.

With the lockdown being extended phase after phase and most educational institutions remaining suspended indefinitely until further notice, the government needs to step up and nip this developing crisis in the bud. Children are the future of our society and child abuse is extremely dangerous as it has the potential to traumatize an entire generation.

Young leaders like Malala Yousafzai and Greta Thurnberg have time and again shown us that the younger generation can make a difference through the might of their will power. All they need is someone to listen to their voices. They are the most vulnerable section of the society but at the same time, it’s a most precious asset. It is high time we give our children the care they deserve and the protection they need.

The authors are students at NLU Delhi.