SEBI’s Attempt to Blow the Whistle on Insiders 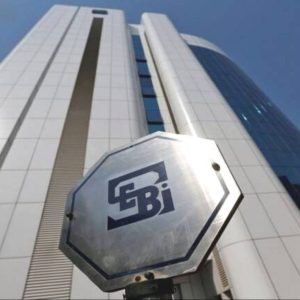 On December 26, 2019, the SEBI formally introduced the regulations with respect to whistleblower’s conduct and protection by adding Chapter IIIA to SEBI (Prohibition of Insider Trading) Regulations, 2015 (hereinafter “PITR’15”). With this amendment, the whistleblower/informant has an option to report insider trading violations directly to the SEBI instead of approaching through the internal mechanism of a company. The SEBI has tried to externalize the procedure of reporting by the informant as it would make it easier for them to be secured since their anonymity would be ensured. The SEBI has attempted to bring the regulations with respect to whistleblowers in line with the ones present in the USA where the Securities Exchange Commission brought the Whistleblower Program to eligible whistleblowers, incentivising them.

Earlier in 2018, the SEBI amended the PITR’15 and made it mandatory for all public companies to have an institutional vigil mechanism including a whistleblower policy and a code of conduct internalised in the organisation. However, the vigil mechanism was fraught with certain problems. Any suspected violation had to be internally received and dealt with. In such cases, the element of bias is highly probable and the complaint is more likely to be swept under the carpet or struck off as frivolous.

In June 2019, the SEBI came up with a discussion paper on ‘informant mechanism’. It sought to incentivize whistleblowers through a monetary reward if the information is revealed to be true and legitimate. Another notable feature of the discussion paper was setting up of an Office of Informant Protection (OIP) which will serve independently from the investigation and inspection wings. This Discussion Paper led to the amendment made in December, 2019.

Procedure of Reporting by Informant

An Informant Protection office may be designated by the SEBI which will serve as a communication point with the informant, assist in receiving and registering the VIDF, maintain a hotline for potential informants, maintain confidentiality of the legal representative, issues press releases and rewards relating to informants (Regulation 7C (2), PITR’15). It is also required to submit an annual report to the SEBI related to its functioning. The office of the Informant Protection will be responsible for communicating the information and other evidence as apprised by the informant to the relevant wings of the SEBI for examination and potential initiation of any action.

Informant confidentiality is another important factor that was discussed in the report submitted by TK Viswanathan Committee of Fair Market Conduct as well as in the discussion paper released by the SEBI in June, 2019. As a result, this issue has been dealt with in the regulations as well. According to the amendment, the information furnished by the informant may be made available in a legal proceeding, any regulatory agency or self-regulatory organisation, law enforcement organisations and to the public prosecutor in connection with criminal proceedings (Regulation 7H, PITR’15). The confidentiality with respect to the identity and existence of the Informant is required to be maintained throughout the process of investigation, inquiry and examination as well as during any proceedings before the SEBI other than where the evidence of the informant is required during such proceedings. However, the regulator may request maintenance of confidentiality of identity of the informant in proceedings before any other authority. The identity of the informant is also exempted from disclosure under the Right to Information Act, 2005. Additionally, every listed company is required to put in place adequate safeguards to protect the informant against any retaliation and victimization (Regulation 7I, PITR’15).

By the virtue of being an informant, protection or immunity is not automatically granted for any past wrongdoings, including violations of securities law (Regulation 7K, PITR’15). Nevertheless, such an informant can opt for settlement of its violations in a confidential manner as prescribed under the SEBI (Settlement) Regulations, 2018. For determining the sanction to be imposed against an informant, SEBI has been bestowed with considerable leeway to take into account the cooperation given by the informant.  However, our opinion is that the informant should be provided immunity to incentivize whistleblowers to provide information regarding any violations of PITR’15 and only the wrongful gains shall be recovered from them, if any.

Reward to the Informant

The SEBI may declare the informant eligible for reward upon collection or recovery of monetary sanctions (Regulation 7D (1), PITR’15). The amount of reward is fixed at 10% of the recovered amount with an upper limit of INR 1 crore, out of which an amount upto the limit of INR 10 lakhs may be provided as interim award after the issue of the final order by the SEBI. An Investor Protection and Education is to be created by the regulator and the rewards are required to be paid from that fund. The informant will be entitled to the reward irrespective of whether he informed the SEBI through the institutional mechanism or not (Regulation 7E (3), PITR’15).

A reward may be rejected if the informant is bound to provide the information under law or in case it is not original i.e., it was received through or as a member, officer or an employee of the any regulatory agency, surveillance wing of any stock exchange, law enforcement organisations including revenue authorities (Regulation 7G, PITR’15). Moreover, it may be rejected on the grounds of knowingly providing false information, not cooperating during investigation and inquiry, not furnishing complete available information or if the SEBI has initiated criminal proceedings against someone. However, the regulator may exempt a person from any of these disqualifications.

Even though the law on insider trading is moving towards the creation of a robust mechanism, there are a few things that can be worked upon. First, although the monetary value of the reward is capped in India, in other jurisdictions like the USA, for any information that may implicate companies violating the US laws, an informant could get upto 15-30% of the amount that the regulator collects from the company. It also encourages whistleblowers from outside the US to give information about violation of the US laws in a foreign country. A more beneficial approach that could be followed in India as well, would be to earmark a certain percentage of the amount recovered for the whistleblower, as is the law in the USA. This will certainly encourage more whistleblowers to come forward and would to a certain extent, equalize the danger that they take up in raising their voice against the illegal and malicious acts by the insiders.

Second, there is no legal obligation on the informant to report any insider trading activities. Consequently, such a person may decide to settle with the offender, instead of reporting the same to the authorities. The creation of a legal framework to this end, which imposes sanctions for attempting or receiving monetary benefits for not reporting the information should be formulated. Admittedly, it could be practically difficult to enforce such a law, but it will go a long way into instilling the fear of retribution and may act as a deterrent for people looking for a quick gain.

Third, it remains crucial to assess the extra territorial application of certain laws such as the anti-corruption laws or data privacy laws, especially for multinational companies that operate in more than one jurisdiction, in order to ensure that their internal mechanism for whistleblowing is in line with such laws. It could also be puzzling in cases of cross-border transactions, where multiple jurisdictions are involved. Therefore, for Indian companies which are part of the multinational group, it becomes essential to ensure that policies and internal compliance systems of the Indian entity are aligned with foreign laws, where applicable.

The authors are students at the National Law University, Jodhpur.