The Government’s desperate effort of mandating payment of full wages in times of complete business inactivity may exacerbate the growth prospects of employers. 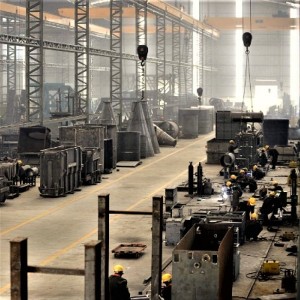 This is the 8th post of our COVID-19 series.

The COVID-19 pandemic has put the entire country on an unprecedented halt, affecting enormously not only the human cost but also the business and the economy. With the 21-day nationwide lockdown, all except those rendering essential services have either suspended their operations or operating well below their usual capacity. Given this, demand and supply chains have slumped significantly leading to a cash crunch which in turn, has reinforced the need for establishments to revise their cost structure.

Keeping in mind the above situation and its consequential ill effects on the labour force, the Ministry of Labour and Employment on March 20, 2020, issued a circular advising the employers of all public and private establishments to not terminate their workers or reduce their wages during the lockdown period. In addition to this, the circular also states that a worker on leave should be deemed to be on duty with no consequential cut in the wages.

Further, in an endeavor to bolster the containment steps, the Ministry of Home Affairs vide order dated March 29, 2020, invoked the provisions of Disaster Management Act, 2005 (the Act) and mandated all the employers to make wage payments to their workers without any deductions for the period their establishments are under closure during the lockdown. Various states including those of Haryana and Maharashtra have also notified about the implementation of the above two orders.

While a bare perusal of the above two regulations reflect the government’s humanitarian stance towards the wage earners and is undoubtedly a commendable step, it is imperative to note that Section 51(b) of this Act penalizes those who fail to comply with any direction given under this act. Against this backdrop, the question of the government’s authority to direct private employers to pay wages demands specific attention.

Firstly, the Preamble states that the Act was introduced for the effective management of disasters with a unified front across all states. The definition of disaster management contained under Section 2(e) of the Act is restricted to taking steps directed towards preventing, mitigating and assessing any potential danger or disaster. However, a reading of the government’s order indicates that the real objective behind it was to mitigate the economic hardship of the workers which the Act does not seem to account for.

Secondly, the Act provides for the establishment of two bodies namely, National Disaster Management Authority and National Executive Committee both of which shall be solely responsible for taking actions pertaining to disaster management and ensuring a timely and effective response to a disaster. Section 10(l) empowers these bodies to take all suitable measures including but not limited to laying down guidelines and directions to various ministries and government departments in response to the threatening disaster. While the use of term ‘measures’ has a wide connotation, this does not encompass measures directing private establishments to pay compensation to their employees. This is essential because the two circulars provide for potential economic consequences of the ongoing pandemic but the Act is restricted to taking such actions which are aimed at mitigating the disaster.

Thirdly, though the circular dated March 20 being of an advisory nature, cannot override the statutory provisions, the March 29th order certainly gives rise to a stream of legal issues flowing from the use of the term ‘mandate’. Since this puts an obligation upon the employers, it clearly has an overriding effect upon the existing provisions of the statute which govern wage and salary payments to workers. Notably, the provisions of the Industrial Disputes Act, 1947 take into account catastrophic circumstances like the present one and shed sufficient light on the matter. Section 2(kkk) of this Act defines ‘lay-off’ and provides that an employee is said to be laid off if his employer fails or refuses to give employment due to shortage of raw materials, coal, breakdown of machinery, all of which may occur on account of various factors such as natural calamity or other connected reasons. Further, a laid-off employee is only entitled to fifty percent of the total of his regular wages and dearness allowance unlike the government’s order of full wages. Therefore, there arises an anomaly that whether the government, through its orders on a particular subject matter, can supersede the existing laws or not.

Fourthly, the order fails to postulate the economic conditions of the employers working at a micro-level as against the big industrialists. Further, a lot of businesses operate in credit-based systems and for such businesses, an invariable increase in the fixed costs with no relative increase in revenue is undoubtedly a threat to their future growth prospects leading to unstipulated economic hardships. Given this, the regulations defy the principles of reasonableness and are indeed arbitrary.

Fifthly, the government’s order to pay full wages to workers is per se erroneous. Arguably, this may, in its practical application result in workers earning more than what they would have usually earned during the course of employment. For instance, a workman, on an average, may take two or three leaves per month and hence would receive their due wages only after the consequential cut. However, the regulations, as a complete burden on the employer, entitle a worker to receive full wages without even adding any value.

Impact and the Way Ahead

While the government’s stance on the wage earners seems to be pretty clear, the larger question concerning the survival of the business owners remains unanswered. As provided earlier, there has been a staggering effect upon the economy which has brought nothing but a phase of rainy days for the industrialists. With a halt on almost all the business activities, ensuring optimum utilization of the cash reserves is of paramount importance for every business to survive in the long run and therefore, an additional obligation to pay full wages to workers seems to be big trouble for the employers. In such difficult times, the principle of consent appears to be the only plausible way ahead. Perhaps, the management and the labour unions can enter into constructive discussions to find a middle way, for instance, making of accrued payment in two or three parts thereby escaping any violation of the above order.

Post lockdown, the task of reviving the economy from this downturn will be the topmost priority for the government. Considering the pivotal role played by businesses and consumers to pump back money into the economy, it becomes relevant to say that if the lockdown continues for an extended period, a majority of small establishments may run out of cash owing to the mandatory payments of wages. This, in turn, will deeply impact the problem of unemployment which the government, through these orders, intends to avoid. Thus, the government while charting out a plan for revival, should consider, subsidizing the employers for the wage cost paid by them during this lockdown period. Further, the government can also take the route of tax exemptions based upon the amount paid, in pursuance to the above two regulations.

The author is a student at the Hidayatullah National Law University, Raipur.