COVID19-I: In the Face of a Crisis- Medical Care and Public Health Services in India 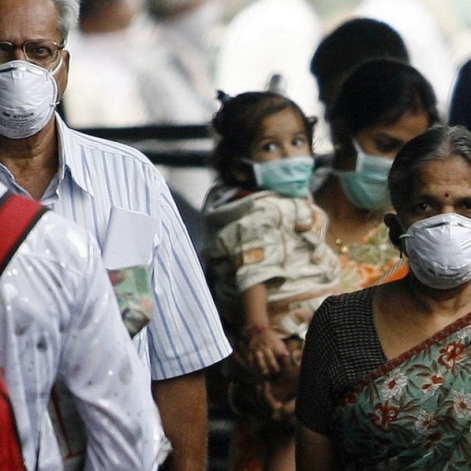 This is the 1st post of our COVID-19 Series.

India’s medical and public health systems are ill-equipped to respond to and control an outbreak as infectious as the COVID-19, and the current policies of the central government and various state governments are not helping.

The outbreak of a novel form of coronavirus, SARS-CoV-2 that emerged in the People’s Republic of China has infected more than 80,000 people within the country. With the rate of infection slowing down in China, the outbreak may have peaked its course there, but the situation remains dire in other countries. Scientists suggest that the virus could ‘rebound’ if proper measures to prepare for a possible resurgence of cases are not taken, especially when current restrictions are lifted, and the situation is normalised. The problem may thus be more systemic in nature than what ad-hoc emergency measures can address.

The rapid spread of the virus across international borders has forced the WHO to declare the outbreak a pandemic. Amidst this outbreak, several questions arise concerning the ability of the public health systems of various countries around the globe to deal with the burden of disease caused by a virus that can spread from asymptomatic individuals at very high rates. The COVID-19 virus spread faster than the SARS virus in 2003 and the MERS virus in 2012, although with a significantly lower case fatality ratio (two per cent) which is still disputed. It has also caused more deaths than both of the latter combined.

This article is an attempt to determine the adequacy of the Indian medical care and public health systems with a particular focus on epidemic prevention, preparedness and response. Medical services primarily deal with treatment and care of individual patient. Public health concerns population-wide and community focused measures like nutrition, sanitation, family planning and effects that these factors have on health conditions of whole populations. Furthermore, features of efficient and effective public health systems within the country have been analysed, and essential requirements for achieving the same have been determined.

The Need for Better Medical Care

The current condition of India’s medical services system cannot be described as a whole. The health system in most states is characterised by a three-tier structure, starting from  primary health centres in rural areas. These centres provide basic healthcare services to village communities and are mostly associated with preventive measures and primary healthcare. The community health centres form the second tier in this structure and mostly serve urban areas and relatively populated remote areas. They act as referral centres for PHCs and are supposed to provide secondary healthcare. There is a shortage of community health centres across the country along-with a shortage of individuals specialising in various essential healthcare services. This scarcity has significant implications on the country’s ability to prepare for and respond to an epidemic given that CHCs are located in relatively populated areas, and in many states, sanitation and hygiene in these areas are not at adequate levels; which can accelerate the rate of infection. In view of increasing integration between rural and urban communities, an outbreak could spread at phenomenal rates if measures to improve the healthcare system are not taken.

Additionally, urban areas are served by district hospitals and medical colleges. Various reports show that the number and quality of practitioners across the tiers is not adequate. While the World Health Organisation recommends an average of 5 beds for a population of a thousand, India’s average was reported to be 0.7 in 2011 and as per a government report, 2.9 in 2017 which although unlikely, considering various factors like government expenditure on healthcare, healthcare investment, is still not enough. Apart from this structure, there are practitioners who provide non-hospitalised treatment.

Considering the scarcity of medical practitioners and treatment facilities across the country, with wide gaps in several states, it would be fair to say that the current medical care system is not sufficiently equipped to deal with an epidemic. Even states with relatively adequate medical care systems may suffer during an epidemic if the states with poor medical care infrastructure do not take sufficient measures. This can be substantiated by referring to the fact that constant interaction between the populations of various regions creates a risk of transmission. With increasing transmission and infected individuals, the healthcare systems of even well equipped states could be stretched. Therefore, it is essential for states like Uttar Pradesh, Bihar and Rajasthan to invest in medical care infrastructure, among other things like public health.

Another factor that is essential for analysing capability to deal with  disease outbreaks of significant proportions is public health surveillance. Article 5(1) of the International Health Regulations mandates the maintenance of core surveillance capacities by signatories. For an efficient and effective surveillance system, co-ordination, collection of information and analysis of the latter is important. Additionally, the capacity to engage in surveillance of a large population should also be robust. A central body at the national level is particularly helpful when it comes to co-ordination and facilitating the performance of the functions that have been mentioned above. In addition to a central body, a decentralised model of data collection is also vital since it specifically focuses on surveillance in local areas. A possible solution to this might be setting-up state bodies to deal with public health issues. This has been done by several states, for example, Tamil Nadu, and attempted by others (Gujarat).

The first approach will result in a public health infrastructure that is more effective in addition to being better equipped to deal with major disease outbreaks since this approach would consider each state’s existing public health conditions and infrastructure. This argument can be substantiated by referring to the example of Tamil Nadu’s systematic approach when dealing with public health surveillance, planning for and responding to outbreaks, in addition to setting up laboratories, taking measures concerning disease prevention (sanitary, hygienic and other community-driven measures), separating medical and public health services, investing in training of candidates who specialise in public health, including epidemiologists, unlike a majority of other states that do not have a public health cadre.

Funding is another crucial aspect that has been neglected by various States. Either states do not adequately invest in public health or they focus on single-focus programmes funded by the Central government or other multinational organisations which base their investment decisions on favourable results concerning the elimination of particular diseases. Vertical programmes that deal with specific diseases are not cost-effective. They do not prepare the public health system for threats posed by emerging or unknown diseases that might pose a significant risk in the future and stretch healthcare systems across states if not effectively handled. Furthermore, investment in healthcare infrastructure, capacity building and other important factors that could potentially limit or eliminate outbreaks are overlooked.

The central government has tried to enact national public health legislation in the past like the draft National Public Health Bill, 2009, Public Health (Prevention, Control and Management of Epidemics, Bioterrorism and Disasters) Bill, 2017 .  However well-drafted these acts were, it is important to note that recognition of rights should also be accompanied by a comprehensive mechanism through which these rights will be secured.

State public health acts can also facilitate better division of responsibilities, accountability and transparency concerning measures to deal with public health threats. The Gujarat Public Health Bill was aimed at introducing all of the above factors, among others, when dealing with public health issues.

The Gujarat Public Health Bill, 2009 drafted by the Indian Medical Association’s Gujarat  division, was a good attempt to facilitate the realisation of adequate public health conditions through various measures. The Bill recognises the importance of socio-economic determinants of health; considering that most vulnerable groups do not have access to clean water, proper nutrition and sanitation, exposing them to the risk of contracting various diseases and being particularly susceptible during epidemics, it is essential that fair distribution of attention and resources is done. The bill provides a comprehensive list of services and functions that have to be performed by bodies of the State under Section 2(13). It recognises the responsibility of the state government to make budgetary allocations for the performance of public health functions and establishment of autonomous institutions for the assessment of progress concerning health parameters, among other things.

The Bill has provisions for the establishment of a State Public Health Authority and State Public Health Board staffed with technical experts in the field of public health. Given the example of Tamil Nadu’s structure of public health training with great emphasis on field experience, this encourages the separation of medical and public health services that have been amalgamated across many states over the years due to the recommendation made by the Bhore Committee. This had several detrimental effects on public health conditions as political and public focus underwent a shift towards medical services and resulted in the enactment of single-focus programmes that tackle specific diseases and do not deal with public health outcomes. Improving public health, which includes the interaction between environmental, human, animal and plant health, is essential to deal with disease control and prevention. For example, the polio vaccination campaigns in Uttar Pradesh and Bihar failed to control the disease until activists, workers and officials paid attention to improving public health conditions in high-risk areas.The bill also proposed the drafting of annual public health plans by the State Public Health Board with regular reviews.

In Tamil Nadu also, annual health planning and exercises are regularly carried out. Regular revision of plans in the light of changing public health conditions aids in the recognition and elimination of potential risks, and prevention of outbreaks. Preparation is eased and expedited by highly trained professionals with field experience. The professionals’ employment is made sure by adequate funding by the State government. The legislative power provided by the Tamil Nadu Act enables public health officials to take measures to deal with critical situations and also, take responsibility for their decisions or the lack thereof. The fact that Tamil Nadu is the only state in the country to have a public health cadre at the district level is a major determinant of its performance.

The country’s medical care and public health systems across various states are not efficiently developed or equipped to deal with an outbreak as threatening as the COVID-19 outbreak. The inadequate and poorly equipped healthcare infrastructure of the country will not be able to treat patients if an outbreak spreads since the system is already stretched in many states. The insufficient public health system in various states will not be able to effectively track patients, and reduce exposure across the country due to the absence of essential public health apparatus, and lack of funding in various factors essential to the system. These inefficiencies can only be addressed through systematic reforms in the long-run and not by short-term reactive measures.

The author is a student at NLSIU Bengaluru