Section 66A: An Unending Saga of Misuse and Harassment

Section 66A of Information Technology Act, 2000 is still haunting the freedom of speech and expression in the country after being declared unconstitutional by the Supreme Court in 2015. 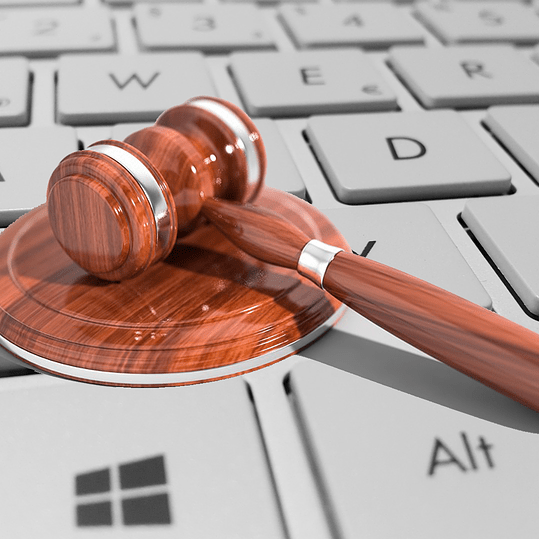 It has been a while since section 66A of Information Technology Act, 2000 was declared unconstitutional by the Supreme Court in the case of Shreya Singhal v. Union of India[1] in 2015. But apparently the controversial provision is still being used to harass people, defeating the purpose of the Supreme Court judgement. Recently it made headlines when a BJP worker was arrested in West Bengal for posting a meme on the chief minister Mamta Banerjee. She was booked under section 500 of IPC, section 66A and 67A of the IT Act, 2000.

The Information Technology (IT) Act, 2000 had been enacted following the Model Law on E-commerce adopted by United Nations Commission on International Trade Law (UNCITRAL) in 1997. The prime object of the IT Act was to provide a regulatory framework for e-commerce transactions. It also laid down provisions for penalising various cyber-crimes. Section 66A was introduced in the Act by an amendment in 2009. It penalised sending of offensive content through any computer or any other communication device. Such offensive content included anything which is:

The catch here was that the Act did not provide for any definition of terms like “grossly offensive”. The wide and ambiguous parameters prescribed in section 66A allowed for capricious interpretation by the law enforcement officials. Consequently, it became a handy tool of harassment.

In 2015, deciding on a PIL challenging the validity of section 66A,[2] the Supreme Court took notice of the rampant misuse of the provision and found it to be violative of the right to freedom of expression under Article 19 (1) (a) and right to life under Article 21 of the constitution. Subsequently section 66A was declared unconstitutional. The Supreme Court observed:

In the recent case, one Priyanka Sharma, was arrested and sent to fourteen days’ judicial custody for sharing a meme of West Bengal chief minister Mamta Banerjee. Application of section 66A to arrest her cannot be justified on any grounds whatsoever in this case as this legal provision has already been declared unconstitutional by Supreme Court. Along with that the charges under 67A and Section 500 were also unsustainable in the present case. Sticking to Section 66A, one would find that Priyanka Sharma’s case is only one of the many cases where this section has been used unscrupulously by police to arrest persons.

A study conducted by Internet Freedom Foundation (IFF) in October 2018 stated that there were a number of cases where Section 66A was used to arrest persons in clear violation of Supreme Court’s Order in 2015. As the study suggested, Section 66A still exists as a “Zombie” in Indian legal system, as it is being put to use even after being declared unconstitutional by Supreme Court.

Another phenomenon which has been highlighted in the IFF report is the tendency of police personnel to use section 66 and section 67A to replace section 66A. Section 66 deals with hacking while section 67A penalises publication of any material containing sexually explicit act or conduct in electronic form. The subject matter of these provisions are very different from that of the now repealed section 66A.

In the Priyanka Sharma case, the Supreme Court missed an opportunity in its May 14 order, to reprimand State Government and the Police officers responsible for pressing charges under Section 66A in spite of the fact that it has been declared unconstitutional. Strong directive from apex court in this case would have sent a very strong message in lower echelons of administration regarding unconstitutionality of Section 66A.

The list of victims of section 66A is very long. Over years this legal provision has become infamous as a tool for targeting political dissenters. Recently in February 2019, deciding on a petition filed by the People’s Union of Civil Liberties (PUCL), the Supreme Court acknowledged the continued use of section 66A and ordered to distribute copies of its judgement in the Shreya Singhal case to the district courts and to the enforcement officials in the Police Department through the DGPs. But application of section 66A has continued unabated even after this directive. Earlier this month, Karnataka High Court had to issue a notice to Bengaluru Police after a working woman was booked under section 66A on allegations of spreading fake news; in the month of April, Maha Metro Nagpur when denying certain rumours being ascribed to it, stated that rumourmongering on social media may attract action under section 66A of IT Act. Such updates raise questions on the efficacy of the directives of the Supreme Court.  It indicates towards continued failure and unwillingness of the state machinery to sensitize the enforcement officials and demands for timely action by the Supreme Court.

There is a general lack of an effective mechanism at executive level to implement decisions of Supreme Court at ground level. Here we have focused specifically on Section 66A, but the situation is more or less same in implementing most of the landmark verdicts of the Supreme Court. Recently a study by Commonwealth Human Rights Initiative (CHRI) revealed that the Supreme Court’s directives on police reforms issued in 2006 have still not been implemented by the states. The latest amendment to the Aadhaar Act, approved by the cabinet on February 28th, violates the 2017 judgement of the Supreme Court in K.S. Puttswamy v Union of India[3].

While the growing disobedience and non-implementation of Supreme Court rulings is a matter of great concern, the continuous misuse of section 66A demands prompt action. Section 66A of Information Technology Act clearly infringes “freedom of speech and expression” enshrined in Article 19 of the Constitution of India. The rampant use of the Section 66A is eroding the industry of human intellect which is being pushed into dark corners. There is urgent need to develop a sound mechanism on the part of State to implement the directives of the Supreme Court to stop application of Section 66A and many other legal zombies of its like. After all, the dead should rest in peace.