The following article was originally published in the Critical Twenties blog in October 2016 .

Judicial remedies in the form of review and curative petitions are available to account for such fallibility, while at the same time, ensuring a certain degree of finality through its strict procedures 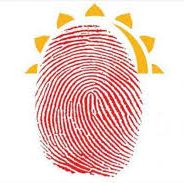 (Thanks to the timely vacation and internship opportunities, both of us were lucky to witness the ongoing proceedings in the Aadhar matter at the Supreme Court)

A degree of finality is associated with the decisions of the Supreme Court by virtue of its position at the top of the hierarchy of courts in India. At the end of the day, however, the Supreme Court is final, but not infallible. Judicial remedies in the form of review and curative petitions are available to account for such fallibility, while at the same time, ensuring a certain degree of finality through its strict procedures.

The Supreme Court’s latest order in the Aadhar case (October 15, 2015), however, seems to have created a new nebulous remedy which strikes against this essential characteristic of finality associated with the decisions of the apex court.

After multiple hearings over the past few months in the Aadhar matters which began in 2012, a three-judge bench comprising of Chelameswar J., Bobde J. and Nagappan J., passed three orders on August 11, 2015. By way of the first order, the bench noted that the matters involved certain “questions of importance involving interpretation of the Constitution” and were, hence, required to be placed before “a bench of appropriate strength”. In furtherance of the same, the bench directed the Registry to place the matters before the Chief Justice for appropriate orders. Further in the second order, realising the urgency of the matters, the bench noted the desirability of an expedited hearing. The third order containing interim directions sought to balance the various competing concerns raised by the parties till the ‘bench of appropriate strength’ finally decides the ‘questions of importance involving interpretation of the Constitution’ i.e. the constitutional status of the right to privacy (hereinafter interim order).

In paragraph 3 of the interim order, the bench, inter alia, restricted the usage of Aadhar cards for the purposes of only two social welfare schemes – namely, the public distribution system and the LPG distribution scheme.

Subsequently, the Union flanked by a number of governmental agencies like the RBI, the SEBI etc. filed applications seeking clarifications and/or modifications of the interim order. To put it briefly, they argued that the interim order should be clarified and/or modified to permit the voluntary usage of Aadhar cards for other social welfare schemes as well. However, the Writ Petitioners submitted that such applications cannot be entertained by the three-judge bench and should be adjudicated by the ‘bench of appropriate strength’ supposed to be constituted for determining the “questions of importance involving interpretation of the Constitution”. In doing so, they relied on an order of the Supreme Court in Modern Dental. After hearing the parties on the interim applications, the three-judge bench passed an order on October 7, 2015 holding that these “applications for modification are also heard by a larger bench” [emphasis supplied].

What is interesting to note is that the Court used the phrase “a larger bench”. Arguably, ‘a larger bench’ can mean one of the following two things – (a) any bench with more than three judges OR (b) the ‘bench of appropriate strength’ which finally decides the ‘questions of importance involving interpretation of the Constitution’.

A Bench only For Interim Applications

The Chief Justice constituted a five-judge bench, on October 9, 2015, after being concerned about ‘sparing’ nine judges. Things took an interesting turn on October 14, 2015, when at the beginning of the hearing, the Chief Justice made it amply clear that the five-judge bench was constituted only for the purpose of adjudicating the interim applications. This observation was confirmed in the order made yesterday (October 15, 2015). He further observed during the course argumentation that the final hearing (on the existence of the right to privacy) may be conducted by a larger bench comprising of either seven or nine judges.

Clearly, the five-judge bench was constituted specifically for adjudicating the interim applications. Therefore, the Chief Justice understood ‘a larger bench’ to mean (a), as mentioned in the section above, and not (b). With all due respect, we are of the view that this is not only an erroneous understanding of the order (dated October 7, 2015) but also has far reaching implications on the aspect of ‘finality’ attached to decisions of the Supreme Court. It would have been perfectly fine if this five-judge bench was primarily constituted to decide the status of the right to privacy, and in passing, it also adjudicated the interim applications.

Intriguingly, the Chief Justice’s understanding effectively creates another nebulous stage in Supreme Court litigation, distinct from the stages of review and curative petitions.  Further, such a stage is without any basis in law – neither does the Constitution nor the Supreme Court Rules or precedent support such an understanding.

To account for the characteristic of infallibility, two remedies (albeit at different stages of litigation) are available to a litigant.

The setting up of a five-judge bench specifically for clarifying and/or modifying the interim order is essentially a review petition disguised as a referral to a larger bench. This inference is further supported by the fact that O. XLVII, R. 4 of the Supreme Court Rules of 2013 envisages modification of decisions by way review petitions and not by constituting larger benches.

Aradhya Sethia is an LL.M. candidate at Yale Law School, where he is an Inlaks Scholar and Lloyd N. Cutler Scholar. Before joining Yale, Aradhya received B.A. LL.B (Hons.) from National Law School of India University, Bangalore, where he was declared the Best Outgoing Student, and won three gold medals.

Vishwajeet Singh Bhatia is an alumnus of the National Law School of India University, Bangalore. He is presently a judicial clerk at the Supreme Court for the Hon’ble Justice Indu Malhotra.