India should introduce arbitration within its tax treaties 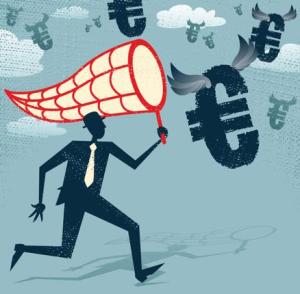 Base erosion and profit shifting (BEPS) refers to tax avoidance strategies that exploit gaps and mismatches in tax rules to artificially shift profits to low or no-tax locations. In November 2016, after over 100 jurisdictions concluded negotiations, the text of Multilateral Convention to Implement Tax Treaty Related Measures to Prevent Base Erosion and Profit Shifting (“Convention”) was developed.

On 4thDecember, 2018, Qatar became the 85th jurisdiction to join the Convention that has modified nearly 1500 bilateral tax treaties worldwide, which aimed to eliminate double taxation. In addition to Qatar, there are several other nations that have expressed their intent to sign the Convention, which are Algeria, Eswatini, Kenya, Lebanon, Oman and Thailand.

In 2015, the Organisation for Economic Cooperation and Development, known as OECD, had issued an Action Plan on Base Erosion and Profit Shifting which aimed to provide countries with domestic and international instruments in order to better align rights to tax with economic activity. Action 14 of the BEPS Action Plan talks about making dispute resolution mechanisms more effective. Action 14 reads as follows:

“Develop solutions to address obstacles that prevent countries from solving treaty-related disputes under mutual agreement procedure (MAP), including the absence of arbitration provisions in most treaties and the fact that access to MAP and arbitration may be denied in certain cases.”

The term “mutual agreement procedure”(“MAP”) basically aims to provide a mechanism to resolve disputes in cases in which a taxpayer considers that he has been taxed in a manner inconsistent with the provisions of the treaty. In this mechanism, the competent authorities or designated representatives of the governments of the contracting states interact with the intent to resolve international tax disputes.

The term “MAP” and its procedural nuances have been elucidated in Article 16 of the Convention and Article 19 talks about mandatory binding arbitration. Now, what is new in this Convention is the introduction of arbitration to resolve disputes between the parties. This is new and helpful in a manner as it addresses cases where the parties have gone through the MAP but still haven’t been able to resolve their dispute.

Now, in such situations, BEPS comes to parties’ rescue as it provides an additional method of resolving disputes through the mode of arbitration. Mandatory binding arbitration obliges the parties to submit their dispute to arbitration, from where a decision would be pronounced by an arbitral tribunal which shall be final and binding on the parties to the treaty. So, in this way, an additional level of support is present for parties, as unresolved disputes could be submitted to an impartial and independent arbitral tribunal.

It is notable that Part V of the Multilateral Convention introduces provisions which seek to improve dispute resolution. As far as Article 16 is concerned, India has agreed to adopt minimum standard. India has reserved its right to not adopt the modified provisions on the basis that it would meet the minimum standard by allowing MAP access in the resident state and by implementing a bilateral notification process.

In addition to this, the Multilateral Convention requires that access should be allowed in a case where MAP application is presented within three years of the first notification of the action resulting in taxation not in accordance with a tax treaty. This has been implemented by India which has notified covered tax agreements (“CTA”) that provide a lower period of two years for presenting a MAP case and CTAs that have a minimum period of three years. The notification ensures that all of India’s post-MLI tax treaties will provide a minimum time limit of three years for MAP access.

Moreover, Part VI of the Multilateral Convention provides for mandatory binding arbitration in cases where competent authorities are unable to reach an agreement to resolve a case under the Mutual Agreement Procedure. Part VI requires that a party may choose to apply this Part with respect to its CTAs, but this Part applies only between jurisdictions that expressly choose to apply it. It is pertinent to note that there are some countries which have refused to adopt Action 14, which means that those countries would not introduce arbitration to resolve their tax disputes. India and Nigeria have expressed their reluctance to include arbitration within the tax treaties as both of them have not opted for Part VI of the Multilateral Convention.

Nigeria has a concern, which is that tax matters are not arbitrable. The statement is quite true when it is viewed in the context of domestic tax matters, however international tax disputes are arbitrable. Also, the primary reason why such disputes ought to be resolved through arbitration is because in the case of international tax disputes, where 2 sovereign states lay claim to the right to tax the same income or profit, such tax cannot be said to be a particular country’s tax because more than one state claims the right to it.

On the other hand, India bases its concern on the sovereignty argument. This means that India believes that if tax matters are made arbitrable, then this would directly hamper the government’s sovereign right to levy tax on a foreign company. However, this argument is certainly not plausible as there are multiple layers of protection that are present in order to safeguard the interest of a nation. First, that only when the parties are not able to resolve their dispute through mutual agreement procedure in two years from the date of commencement of the MAP, the parties opt for arbitration. Second, parties have a right to decide the appointment procedure of an arbitral tribunal, where a nation can certainly exercise its right to choose an arbitrator and ensure that the Chair of an arbitral tribunal is not a national or resident of either of the parties.

Most importantly, from an investor’s perspective, it is important to grant them certain essential rights of enforcing their claim through a system that is independent and impartial. For example, where there is a dispute between India and the UK, then an investor of the UK would certainly prefer arbitration over enforcing his/her right in the domestic court of India and this is quite a fair and reasonable expectation.

The whole mechanism of having mandatory binding arbitration to deal with double taxation disputes represents best practice in an era of increasing complexities in global trade and sophisticated business models such as the digital economy. This is also important because if arbitration is not opted by the parties, then this would instil fear in the minds of an investor as he/she would not feel comfortable in approaching India’s domestic courts.

It must also be kept in mind that India in particular, is not new to the concept of arbitration as India had enacted a law dedicated to arbitration in 1996 and has an act titled “Arbitration and Conciliation Act”. The Act is essentially based on the UNCITRAL Model Law, the UNCITRAL Arbitration Rules and the New York Convention. Moreover, India signed the New York Convention on June 10, 1958, and ratified it on July 13, 1960. So, there is a fair bit of history that shows a relationship between India and arbitration, both domestic and international arbitration.

Therefore, it is expected from a developing country like India that they allow for an arbitration clause as this would ultimately help India in resolving tax disputes in a more efficient and timely manner. It is imperative for India to follow in other countries’ footsteps which have incorporated arbitration in tax treaties, as this would help them go a long way in promoting the interests of investor because this would really show India’s real commitment and dedication towards eliminating double taxation.

To better understand India’s position on the Convention, you can access LSPR’s recommended reading on the issue here.