The ineffectiveness of the PCPNDT Act, 1994 presents a major regulatory challenge for tackling the social problem of son-preference 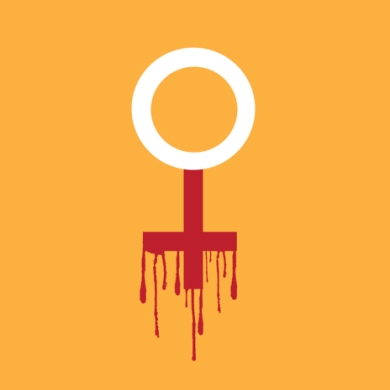 An edict of Hindu law, the Dayabhaga, states ‘Putrarthey kriatey Bharyya, Putra Pinda Prayojaka’. This phrase means that the purpose of marriage is to obtain a son who shall provide temporal and heavenly salvation to the man. This shows that cultural patriarchy is the root cause of sex-selection and abortion. The manifestation of the regulatory intent and accomplishment of Pre-Conception and Pre-Natal Diagnostic Technologies  Act,1994 needs to be analysed by its impact on the causes of the problem. In 21st century India, the status of women and their life chances continue to be hampered by traditional practices. This hints at the core issue of ineffectiveness of the Act. The Economic Survey of India shows that there are 21 million “unwanted” female children in the country. The survey found that the last child born to Indian families is far more likely to be male, since sex preference prompts parents to keep trying until they have a boy, and then to stop. Census data analysis shows a decline in sex ratio by 13 points in 2011, while overall fertility rates are reducing.[1] The reasons for preference of a son include patrilocality (women having to move to husbands’ houses after marriage), patrilineality (property passing on to sons rather than daughters), dowry (which leads to extra costs of having girls), old age support, and rituals performed by sons.[2] The underlying reason of entrenched gender bias and litany of abuses over the lifetime of women, coupled with grave threats to security, are shown in graphical depictions.

Of Discrimination and Oppression

The vast void of state effort is apparent from these grave statistics. A state-wise analysis of the child sex ratio reveals that male oriented child preferences are still widespread. Contrary to popular belief, the sex ratio among the urbanised, educated and richest 20% is not any better. Sex ratio declines were much greater in mothers with 10 or more years of education than in mothers with no education and in wealthier households compared with poorer households. Furthermore, several other developmental markers, such as high school enrolment and labour force participation have seen a gradual decline over the past couple of decades. Crimes against women have seen a sharp uptick despite the new laws supposedly designed to protect them. It is not surprising that attitudes have also not changed significantly. NFHS data shows that women reported less agency for decision making regarding matters of their own income and contraception choices; the data also shows that a majority still believe that beating the wife is an acceptable practice.

The gravity of and the causes behind sex-selection points towards the ineffectiveness of the act and disorientation in policy focus. The statistics for convictions show that only 55 doctors have been convicted out of the 805 cases reported since 1994.[3] In its 2010 review of the PCPNDT Act, the Public Health Foundation of India acknowledged, “Data till 2006 reveal that as many as 22 of the 35 states in India had not reported a single violation of the Act since it came into force.” The usual regulatory lethargy and state incapacity in terms of failure to complete inspections, inordinate delay in prosecution despite Supreme Court directions and disuse/diversion of funds are in part to blame for the dismal effectiveness. The legislative intent is hindered by social realities and vested interests. This is evident from the example of Beed where a doctor couple were found blatantly conducting sex selection diagnosis and foeticides under political patronage and societal complicity.[4] However, an IAS officer in Hyderabad implemented the spirit of the law and ensured its effective compliance by holding corporates manufacturing scan machines to account, leading to a positive change from 942 to 1014 in terms of sex-ratio.[5]

The legislation suffers from disorientation in terms of regulation of stakeholders. While the focus is on regulating the utilization of the intermediary technology i.e. ultrasound techniques, there is scant focus on reducing the demand for sex-selection in the first place. The regulatory might of the state is saturated on the intermediary rather than the actual perpetrator, in the sense that while all radiologists have to periodically register and get licenses for their machine, the effectiveness of the regulation on illegal abortions is scant. Hence, there is widespread discontent among doctors due to various reasons. There are concerns of disproportionate regulation, cumbersome bureaucratic compliance, ambiguous regulatory prescriptions, ethical dilemma and questions of exclusion.

Medico-legal experts and professionals believe that the actual cause of female foeticide is social structure and that doctors are under immense pressure to meet the needs of the society, especially because the political will is status-quoist rather than reformative. They also point out that the regulatory efforts could be streamlined to control illegal abortions by gynaecology practitioners.[6] The regulated stakeholder in this regard is inordinately broad in the sense that all ultrasound practitioners, whether those using ultrasound for echocardiography or those using ultrasound for placement of central vascular access, are mandated to register with the Act.[7] This could be more efficiently dealt with if focus of regulation was streamlined towards making abortion forma.lised and transparent, while working on the root causes of male sex preference.

The act empowers bureaucrats to take severe discretionary measures for minor offences. For example, non-availability of the PCPNDT bare act in the premises can lead to a minimum 3 months imprisonment or minor deficiency in record keeping can lead to confiscation of machine, sealing of premises or suspension of registration. The system has resulted in onerous, time–consuming registration paperwork that discourages medical professionals outside of radiology from using ultrasound. By creating these bureaucratic barriers to ultrasound use unrelated to prenatal diagnostics, the Act restricts the medical practice of a broad range of physicians.[8]

The high degree of discretion given to local authority leads to ambiguity in the regulatory prescriptions. Case in point are those situations of intricate emergencies, when the patient requires immediate ultrasound test. The doctor has to take the risk of not completing the rigid procedures like Form F and face prospective liability, and if he refuses treatment, not only does he break his oath but becomes susceptible to public pressure.[9] The issue of demonization in the social parlance leads to doctors becoming scapegoats for a problem emanating from larger societal injustice, government indifference and disoriented policy.[10] The level of corruption is heightened by the nature of extremely rigid procedure, which ensures that doctors who aim to comply at risk of public anger and pressure, continue to suffer at the hands of exploitative inspectors who receive bribes from the actual culprits. This leads to a situation of reducing the spirit of the act from fair regulation of unscrupulous conduct to pedantic application of ambiguous letter of law by Kafkaesque functionaries.

An important perspective absent from public debates relates to that of the essentiality of ultrasound technology in improving maternal and reproductive health by facilitating affordable and accessible diagnosis of gynaecological complications. The present implementation of the Act has direct tangible harms to the marginalised communities whose access to this technology is restricted by cumbersome bureaucratic hurdles and question of societal surveillance.[11] Cumbersome procedures need to be followed for poor, disadvantaged patients like migrants who may not have address proof, telephone details, or who do not wish to divulge these details for reasons of privacy like unmarried young women facing reproductive health issues.

The interests of not-so-affluent doctors are also hurt as they are discouraged from utilization of a technology that is inexpensive to install and is a decent source of livelihood. Since most users as well as providers of this technology for sex-selection purposes are most affluent and educated sections of society that enjoy political patronage, the interests of the marginalised and disadvantaged stakeholders are sacrificed for no tangible gain in terms of effectiveness.

The continuous decline in sex ratio in places like Rajasthan is due to the highly patriarchal social structure based on moral acceptability of the practice of female foeticide.[12] The state inaction in efforts for gender just inheritance laws, property rights and women’s safety gives a moral justification to families to escape the onerous burden of the girl child.[13]  The Ministry of Health and Family Welfare in its 2006 annual report also points to the social, cultural and religious fibre of India being predominantly patriarchal, comprehensively contributing to the secondary status of women.

The collective conscience of our society should introspect how abjectly dehumanised our social structure has become that it hampers the life chances of the girl child. Political and social dialogue on issues of ineffectual regulatory mechanisms like PCPNDT Act, 1994 need to be part of the agenda with stakeholders like doctors to ensure that an inclusive social policy rooted in the sordid reality of our patriarchal country is implemented in a fair manner. The urgency of the issue is summed up perfectly by the Economic Survey of India, 2018: “Many of the gender outcomes are manifestations of a deeper societal preference, even meta-preference for boys, leading to many “missing” women and “unwanted” girls. So, Indian society as a whole should perhaps resolve—the miles to go before society can sleep in good conscience—to consign these odious categories to history soon.”

[3] ‘Life-giving Leadership: The medical fraternity must lead from the front against female Foeticide’, 2012, Economic and Political Weekly, Vol. 47, No. 25:8.

[5] ‘Life-giving Leadership: The medical fraternity must lead from the front against female Foeticide’, 2012, Economic and Political Weekly, Vol. 47, No. 25:8.

One thought on “The Menace of Sex Selection: Need for a Reality Check”