The following article was originally published in the Critical Twenties blog on May 16, 2011. 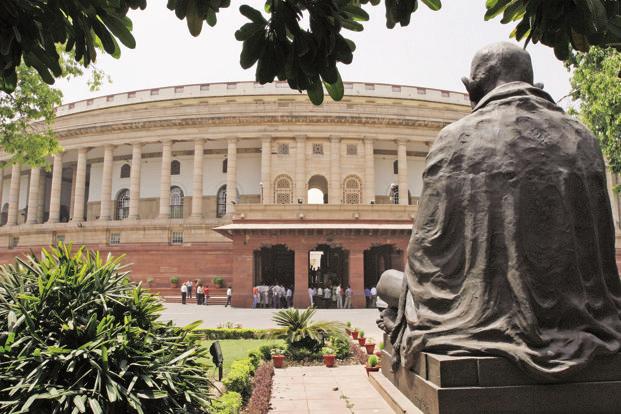 It isn’t every day that you hear of the common man of this country wondering who actually makes the law in this country. The chaos surrounding the Jan Lokpal Bill however has forced this debate on us, especially the notification of a drafting committee consisting of Ministers and the self-appointed guardian angels of civil society. Hazare’s demand for a joint committee and the government’s capitulation to it is typical of the Indian way of life which seeks to treat the symptoms without even diagnosing the cause of the symptoms. Which bring us to the question – what is the disease in the process of Indian law-making? To answer this question we need to get back to the basics of how laws are actually made in this country.

With the rare exception of the Right to Information Act, 2005 and the NREGA Act, both of which were drafted by the National Advisory Council (NAC), most legislation emanates from the hallowed chambers of our civil service bureaucracy. The process usually gets kicked off by the Ministry in charge outsourcing the entire drafting process to a law firm or a special interest group, after which the draft is circulated to all Ministries for their comments, after which it is introduced into Parliament. This first stage in itself is marked by a ‘conflict of interest’ i.e. bureaucrats whom the legislation is aiming to regulate are the ones drafting the legislation in the first place. The most blatant example of this have been the cases where the Indian Legal Service (ILS), the cadre which controls the Legislative Department of the Ministry of Law & Justice, have drafted legislations in such a manner that they appoint themselves, post-retirement, as judicial members of tribunals taking over the functions of the High Courts. This was partly facilitated by the fact that the Legislative Department of the Ministry of Law and Justice is the Department responsible for introducing all government legislation into Parliament. The second stage of sabotage by the Central Government bureaucracy is the insertion of this innocuous sounding clause right in the beginning of a Bill, which states that the power to notify the various provisions of the Bill is vested with the Central Government. There have thus been several legislations, including Constitutional Amendments, which though passed by Parliament have not yet been notified by our actual rulers – the babudom. In that sense, the RTI Act was path-breaking, since it automatically implemented the provisions of the Bill within 120 days of it being passed by Parliament.

The main problem with the Central Government is that it has absolutely no uniform process of legislative drafting or consultation before the legislation is introduced into Parliament. Some bills like the Copyright (Amendment) Bill, 2010 & the Public Funded Research and Development (Protection, Utilization and Regulation of Intellectual Property) (PFRDA) Bill, 2007 were shrouded in absolutely secrecy until they were introduced in Parliament. However the same government has invited comments on other bills like the National Identification Authority of India Bill, 2010 even before they were introduced in Parliament. Till date I have not heard a single justifiable reason as to why proposed legislation, the very essence of our democracy, are considered confidential. Why doesn’t the Central Government have any rules to regulate this process?

Now after a Bill is introduced into Parliament, in the normal course of events it is referred to one of the 24 Department Related- Parliamentary Standing Committees, each consisting of atleast 31 MPs from both houses. This system was introduced in the year 1993 because Parliament was starting to feel the pressures of time and the need to scrutinize legislation more minutely. Although the initial reports of these Parliamentary Standing Committees have been rather disappointing, they have really picked up pace in the last few years. Some of these reports have been excellent, even by academic standards. In some instances like the PFRDA Bill, 2007 the Standing Committee forced the government to make a record 52 amendments to its original draft. However in other cases like the bill proposing the National Tax Tribunal, the Government proceeded to completely ignore the recommendations of the Standing Committee and pushed for the Bill to be passed through Parliament. Soon as the Bill was passed it was challenged before the judiciary and has since been languishing over there. The pertinent issue over here is whether or not these Standing Committees are an effective interface with members of the public seeking to put forth their views.

From the little experience that I’ve had before these Committees, as a member of small group of young academics/lawyers, there does not seem to be any fixed system to guarantee an effective consultation process. While anybody can send in a written memorandum, an invitation is necessary from the Committee for an oral hearing. This invitation is completely discretionary. The Committees examining the Civil Nuclear Liability Bill, 2010 and the Prevention of Torture Bill had invited our small group as expert witnesses because one of the MPs Mr. S.S. Ahluwalia, had actually gone through our written memorandums and was impressed with the quality of research and the recommendations being submitted by us. The advantage of being invited as an expert witness is the fact that you tend to get more time to present your views before the Committee. Contrast this with the hearing we received for the Judicial Standards and Accountability Bill, 2010. This Committee went overboard and invited everybody who sent in written memorandums and conducted the entire hearing on one day. The problem with this was the fact that despite our group preparing a solid 84 pages report, the lead author of which, was a PhD student at Oxford, specializing in the subject of judicial independence, we were given the same 10 minutes of oral hearing as the other elderly gentlemen who had come to rail against the system without providing any constructive criticism.

Therefore although Standing Committees do provide a platform for broad public consultations there is still much that needs to be done in ensuring that it is an effective consultative process..

Messers Hazare and Co. would have done well to agitate for a cure to the disease and not merely a cure for the symptom as they have done.

T. Prashant Reddy, is an alumnus of NLSIU, Bangalore and Stanford Law. He has worked with law firms in Delhi and in academia in India and Singapore. He has also co-authored the book – Create, Copy, Disrupt: India’s Intellectual Property Dilemmas (OUP). Currently, he is serving as an Assistant Professor at NALSAR, Hyderabad.