Delhi and Kabul are well-positioned geo-economically and geo-politically to enhance and develop long-term policies for regional economic integration. 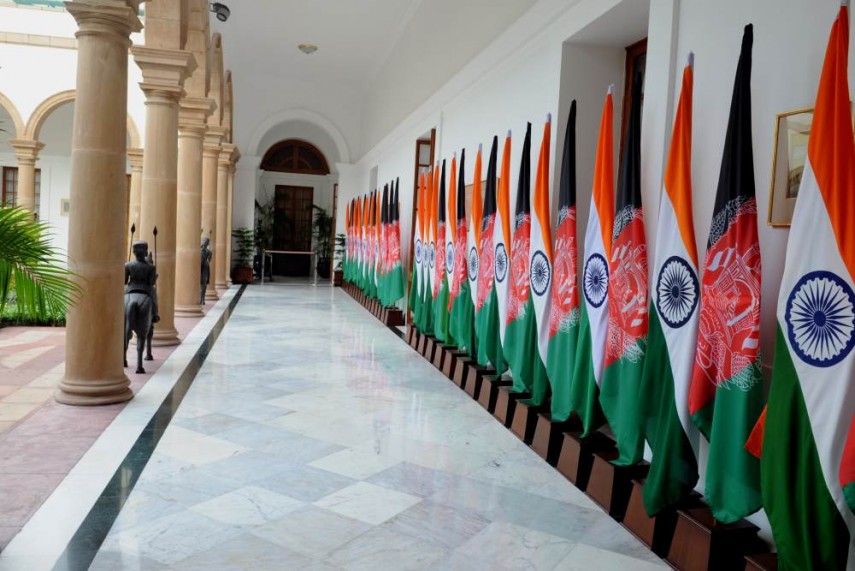 The objective of this post is to undertake an analysis of the future of India-Afghanistan business linkages. The two countries share friendly and historical bilateral relationship. This relationship, however, is yet to translate in terms of trade volume. This post will look at the present trade relations between the two nations. After this contextualisation, policy recommendations and principles to deepen this relationship will be laid out.

According to the World Bank’s WITS trade data for 2016 and 2014, Afghanistan’s top three trading partners in terms of import-volume were Iran ($1.26 billion), Pakistan ($1.19 billion) and China ($1.1 billion). In contrast, imports from India were just $152 million in 2016. While this represented a rise in the trading share from 1.4% in 2014, it was still a mere 2.3% in 2016 – far less than what it should be, given their friendly relationship. The trade volume between these two nations has the potential to achieve much higher numbers. This projection can be estimated at approx. $1 billion – closer to the Afghan-China and Afghan-Pak trade volume. Although, Afghanistan does not share the border with India, a logistical handicap of sorts, there are still strong factors which justify this projection.

Factors that can Drive this Relationship

Afghanistan-India bilateral ties have matured. The trust at a political, cultural and economic level between their governments, people and businesses is firm. Afghan consumers place more trust on Indian products and services than those imported from the country’s three larger trading partners.

The Strategic Partnership Agreement (SPA) signed between the two countries in 2011 further strengthened this relationship. The SPA provides a broad framework for improving economic relationships. Its focus economic sectors include Afghanistan’s infrastructure, education, investment into natural resources and provision of duty-free access to the Indian market.

Afghan people give greater credit to the development projects implemented by India and the benefits accrued from them, as against projects undertaken by other nations. These projects include the Afghan-India Friendship Dam, Afghan Parliament building, electricity substations, the Kandahar Agro-Science & Technology University and the TAPI (Turkmenistan, Afghanistan, Pakistan, India) gas project.

Moreover, recent projects like the recently launched Air Cargo corridors to Delhi and Mumbai, establishment of the Iran-based Chabahar transport port project, and the Joint Working Group on Trade, Commerce and Investment are important steps in providing a solid foundation to strengthen Afghan-India business linkages

There are six sectors wherein business linkages between Afghanistan and India could be deepened further. One, Afghanistan currently produces 600 megawatts of hydropower electricity, and there is a potential of producing up to 23,000 megawatts of hydropower. While 3,000 megawatts suffices for its own domestic needs, the remainder can be exported to the regional countries. Two, it has been reported that more than $500 million flows out of Afghanistan for medical treatments and more than $800 million is spent on pharmaceutical imports, annually. Given India’s expertise in generic pharma and low-cost healthcare, this may prove to be a sector for close cooperation.

Three, there is huge potential in the trade and cultivation of agricultural and cottage industry goods. Afghan horticulture, herbal and spice crops, dryfruits and hand-made carpets provide direct opportunities for people-to-people trade. Four, Afghanistan has lined up major infrastructure sector projects in its mid-term and long-term plans, including the National Rail and Road networks. This opens a window for capital and technology transfer.

Five, according to the Afghan government’s estimates, the value of the minerals Afghanistan possesses is worth $3 trillion, offering ample scope of investment in the mining sector. And last, in 2016-17, students registering for university entrance tests in Afghanistan numbered 169,000. Of this, only, 69% found their way to higher education institutes, while the remaining 31% were involuntarily left behind. This makes creation of higher education institutes another investible sector. These institutions can also act as platforms for cultural exchange.

Afghanistan and India need to prioritise policy initiatives to deepen and widen their business linkages. The existing initiatives are fragmented and lack a comprehensive framework.

The policies should provide incentives for cooperation. Maximum attention needs to be given to policies that align with market forces and build on the mutual interests of both countries. These policy initiatives include, but are not limited to, the establishment of dedicated business consulates and commercial offices, organising exchange events at company, industry and government level, encouraging international agencies for assistance, providing financial incentives to pioneer-businesses, and organising dialogues and exposure visits, road shows, country-specific exhibitions. Also, India’s future development projects for Afghanistan should have business linkage promotion components.

In addition, the proposed policies should consider the wider scope to improve market linkages with Central Asia-based businesses, given Afghanistan’s geographic advantage. Recognising the gap between the two least connected regions (i.e. South and Central Asia), Afghanistan and India are important players to improve the connectivity and regional economic growth. The TAPI and Chabahar projects will not only help transport goods and the energy resources of Central Asia to the energy-deficient markets of South Asia, but will also provide additional income and employment opportunities.

In light of America’s possible sanctions on Iran and its strategy towards Pakistan there could be devastating challenges to these connectivity projects. Therefore, it is all the more critical for both the countries to lobby and protect their economic interests.

In conclusion, the governments in Delhi and Kabul are well positioned geo-economically and geo-politically to enhance and develop long-term policies for regional economic integration.

Mr. Amiri is Head of Private Sector Devp. at the Office of President of Afghanistan.

One thought on “Imperatives to Improve Afghanistan-India Business linkages”