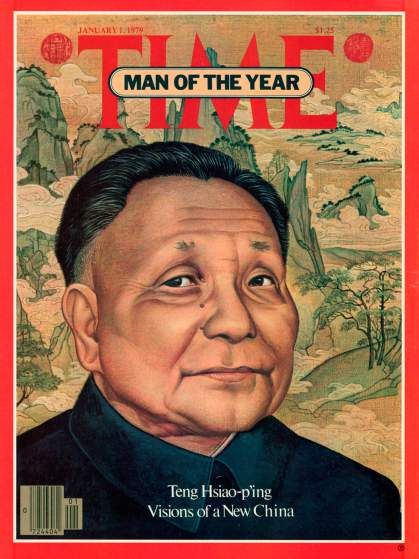 “Let Some People Get Rich First”

The Chinese economy, after decades of double-digit growth, has started to show signs of slowing down. Many analysts attribute this slowing down of the economy to the low share of consumption in the economy, high rates of investment and over-reliance on foreign trade. In this post, I seek to argue that Unbalanced Growth coupled with Spatial Inequality, which was systematically adopted as an economic policy in the reform era, are the key reasons behind this Consumption-Investment disparity.

Three Theories Which Pulled 500 Million Out of Poverty

When Deng Xiaoping took over China, the country’s economy was in disarray. Great Leap Forward and Cultural Revolution had failed miserably, making China desperately poor. To reverse this, Chairman Deng crafted a policy which would propel the great Chinese transformation. This policy was inspired from three economic theories: The Dual-sector model, the Theory of Agglomeration Economies and the Theory of Unbalanced Growth.

This model explains how economic development takes place in an underdeveloped economy which has a labour surplus. According to this, an underdeveloped economy runs on subsistence sector (rural activities), and in order to develop, it should transfer its workers to the capitalist sector (industrial activities). This will lead to a rise in income for the workers and create profits for entrepreneurs. The increased income will go in consuming manufactured goods and the increased profit will be used to further invest in industries. This will create a sustained cycle of growth.

The Theory of Agglomeration Economies

This theory states that instead of trying to achieve balanced regional growth within an economy, the focus should be on developing certain strategic regions. The aim of such Spatial Inequality is to create an agglomeration of infrastructure, finance, transport, skilled and unskilled labour and economic activities. This will lead to economies of scale, productivity gains due to specialization and rapid trade expansion.

Chairman Deng’s Takeaway – Invest the entire nation’s resources in regions best suited for growth. The East Coast, with its ports and proximity to Hong Kong, should be developed first.

The Theory of Unbalanced Growth

According to this theory, development should be carried out by focusing investment in certain sectors as against simultaneous investment in all the sectors. This will lead to maximum utilization of the available resources. Further, this imbalance will generate externalities which will ensure that other sectors automatically develop. For example, investment in road construction and commodities manufacturing is undertaken. This spurs construction, mining and transport industry. Once those industries start to grow they lead to growth in other industries and so on. This theory assumes that there is a ready market for the large amounts of output which the few industries will produce.

China, hence, embarked on its reform journey by concentrating all its resources in the Coastal region and in capital expenditures. Further, exports ensured that the vast amounts of goods manufactured were consumed. As a result, China transformed itself into the world’s largest manufacturer, assembler and exporter of a wide range of merchandise.

China is not Underdeveloped Anymore

One common assumption in all the three theories is that the economy in question is an underdeveloped one. This implies that beyond a point, a readjustment will be due and new policies will have to be crafted. But as noted by Hirschman, the economist behind the theory of Unbalanced Growth, policymakers loath abandoning policies which have once worked. Same is happening with China and new policies have not yet replaced the earlier ones. The result of this is as follows:

Spatial Inequality refers to the regional imbalance in development and income.

As can be seen above, the Eastern coast has a Per Capita Income of more than 5000 USD, whereas, the western and central regions lag far behind. The result is that majority of the country’s wealth is concentrated in the east. Just four eastern provinces (Guangdong, Jiangsu, Shandong and Zhejiang) alone account for almost 40% of the nation’s GDP. It is common knowledge that higher income leads to a reduction in the share of net income used for consumption. There is a corresponding increase in the share of savings, which then translates into investment. Eastern provinces, which account for the bulk of nation’s wealth, save a healthy part of their high income. As against this, those in the Centre and the west don’t have enough wealth to achieve optimum consumption. This pulls down the overall national consumption and rakes up investment.

As explained above, unbalanced growth required China to make investments in mega manufacturing and infrastructural projects. This led to growth because of a corresponding increase in exports. As a result, even though there was low internal consumption, external consumption ensured there were good returns. But post-2008 crisis, demand in western countries has failed to pick up. Hence, Chinese policy should have dictated an increase in internal consumption and decrease in investment. Decreased investments would have curbed further increases in the volume of goods and services produced. Further, increase in consumption would have resulted in reduced reliance on exports, the market for which is becoming smaller. This has failed to happen.

Moreover, there was a lack of investment in social sectors like pensions, housing, education and health during the reform era. The result was an increased tendency to save money for future health contingencies, education of children, old age and housing. Higher savings imply lower consumption and higher investment. The focus of the government is yet to shift to these social areas. This has kept the vicious circle of consumption-investment disparity going.

It can be seen above that Spatial Inequality and Unbalanced Growth have helped China transform into a middle-income country. But for this growth to trickle down and continue in future, there is an urgent need of a policy shift. Policies are needed to spread the growth inwards to the west and to redefine the focus areas of investment. This will incentivize consumption and balance investment, creating the path to new riches.