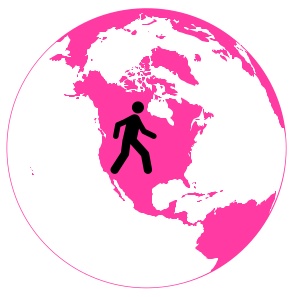 This is the second post in our latest series: ‘Open Immigration’. Read the previous post on the Economics of Immigration here.

In this post, I shall use John Rawls’ theory of ‘Justice as Fairness’ to extend my case for free immigration. Specifically, I have used Rawls’ idea of the ‘original position’, ‘veil of ignorance’, and the liberty and difference principles. In order to simplify my argumentation, I have intentionally omitted any mention of the Rawlsian distinction between ideal and non-ideal societies. An interested reader may find an explanation of the same here.

John Rawls starts by taking a set of people in a newly formed social group. They are yet to establish a functioning society, and have not chosen the basic rules that will govern their society.

Given this situation, Rawls asks: In this ‘original position’, what principles would these individuals choose to govern their society, assuming that they are choosing from behind the ‘veil of ignorance’. This means that the individuals know absolutely nothing about their personal situation (i.e., their religion, class, race, sex, talents etc.). Essentially, while choosing the rules, the individuals are not aware of any facts that would add bias to the decision-making process.

Rawls claims that these people would choose two principles/rules, which he brings under his framework of ‘justice as fairness’:

1. ‘Each person has the same indefeasible claim to a fully adequate scheme of equal basic liberties, which scheme is compatible with the same scheme of liberties for all.’ Basically, equal liberty is to be guaranteed for all.

2. In some exceptional cases, social and economic inequalities are permissible. He enlists two such situations, the second of which is relevant for the present discussion: inequalities must be to the ‘greatest benefit of the least advantaged members of society’. Rawls calls this the ‘difference principle’.

Assuming that Rawls has correctly identified the two principles that people in the original position would choose, there seems to be no justification for closed borders. The purpose of the veil of ignorance is to “nullify the effects of specific contingencies which put men at odds”, as these are factors which ought not to influence the choice of principles of justice. Whether an individual is a citizen of a prosperous nation, or of an impoverished one, is an instance of a ‘specific contingency which put men at odds’.[1] Thus, according to the Rawlsian framework, a fair procedure of deciding the question of immigration should exclude knowledge of these circumstances.

To understand this in a far simpler manner, let us consider the hypothetical situation of a woman called Angela. She is in the original position, and is tasked with choosing a principle of justice for immigration, i.e., she has to decide whether immigration should be open, or restricted. Of course, just like everybody else in the original position, Angela is placed behind the veil of ignorance. In this specific hypothetical, the veil of ignorance means that Angela does not know whether she is a citizen of USA, or of Mexico (let us assume here that most citizens of Mexico want to move to the USA). For all she knows, she could find herself in Mexico after the veil is lifted, and if US immigration laws are restrictive, she will be stuck there. In such a scenario, Angela would undoubtedly opt for open immigration based on Rawl’s first principle of justice as fairness.

Angela’s choice can be also be supported using the second principle of justice as fairness, i.e., the difference principle: while deciding upon possible restrictions to basic liberties, Angela would have to adopt the perspective of the most disadvantaged individual in society. In this case, this individual is the Mexican who wishes to immigrate, who would be further disadvantaged if restrictions were to be placed on immigration. Undoubtedly, therefore, both principles of justice as fairness seem to point towards open immigration.

This global approach to the Rawlsian framework, however, has several detractors. I shall deal with two primary objections.

The first objection to this approach is that Rawls’ theory is only applicable to a particular kind of moral personality which is only found in modern democratic societies, and is not shared by others.[2] Essentially, this objection is based on the contention that Rawls’ theory is only applicable within some societies, and not across all societies. To understand this in the context of Angela’s hypothetical, the objection states that Rawls’ theory can be used to argue for free immigration within American society, but cannot be extended to Mexican society. This would lead to a right of American citizens to freely move about within the USA, but would not allow Mexicans to enter US territory as immigrants. This objection, however, is unfounded.

The idea of ‘moral personality’ states that all people are free and equal moral persons. Even if there are people in other societies who do not share this view, it is not an idea that applies only to people who believe in it. There are many members within American society itself who do not accept the idea that all human beings are free and equal moral persons. But the US Constitution does not deprive them of their basic rights because of their views. Similarly, the mere fact that people in another society do not accept the idea of ‘moral personality’ is not a valid ground for restricting immigration.

The second objection deals with restrictions imposed on liberty. According to Rawls himself, liberty can be restricted if public order and security are under threat.[3] This objection is based on the presumption that unrestricted immigration presents such a threat. If such threats materialise, then everybody across all societies is left worse off. Therefore, even behind the veil of ignorance, Angela would use the difference principle to place restrictions on immigration.

But Rawls himself warns us to not use the public order argument to place expansive restrictions on liberties. His warning is based on four very crucial tenets:

1. The mere hypothetical possibility of a threat to public order is not enough.

2. There must be a ’reasonable expectation’ of a threat to public order.

3. This perception of this threat must be based on “evidence and ways of reasoning acceptable to all”.[4]

4. Restrictions can be imposed only to the extent that they are necessary to counter the threat, and no more.

These tenets reaffirm Rawls’ belief that those placed in the original position would give lexical priority to the liberty principle over the difference principle. In other words, liberty is to be guaranteed to the maximum extent possible, and can only be curtailed when absolutely necessary. In the context of immigration, this means that unlimited restrictions on immigration cannot be imposed. Further, fear-mongering resorted to by politicians running on an anti-immigration platform is unjustified because it is based on ‘hypothetical possibilities’, and not ‘reasonable expectations’.

I am aware that Rawls himself chose to restrict his theory of justice to singular societies, and not apply it across all societies on a global level.[5] However, given the nature of the immigration debate, and the arguments made above, I see no reason why the Rawlsian framework cannot be used to make a case for open immigration. Just as I reinvented Lord Devlin’s theory to make a case for the repeal of Section 377 of the IPC, I think the above reinvention of Rawls’ idea of justice as fairness is feasible, as long as his personal beliefs are abstracted from his theory.