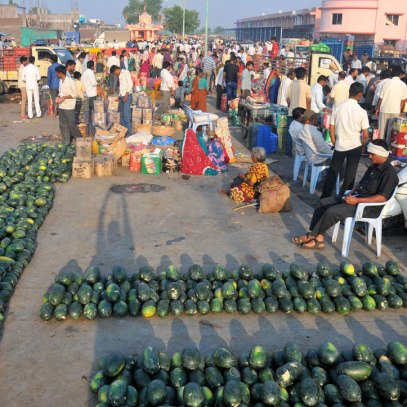 On 14 May 2020, the Government of Karnataka amended the Agriculture Produce Market Committee Act through the ordinance route. This Amendment was in line with the wave of other policy alterations that rode high on the tide of liberalisation which includes but is not limited to Air India, BPCL, PSU Banks and Defence production. The Agriculture sector that had earned a leviathan like reputation for indulging in the blood bath of farmers was coupled with the economic downward spiral which exacerbated the already despicable situation. It caused the Government to arrive at a conclusion that the future of the agriculture sector was abysmal and the only panacea to this was to open up the sector for private players. In pursuance of the same, the Centre issued strict instruction to the State Governments to implement its Model Agriculture Produce and Livestock Marketing (Facilitation & Promotion) Act, 2017 and the Karnataka Government heeded to it and paved way for a liberalised and deregulated agricultural sector.

While the letter of the law-amending ordinance is not yet out in the public domain, the Chief Minister informed the media that the amendment did not take away the powers of the Agriculture Produce Market Committee (Hereinafter referred to as APMC) in its entirety but rather amended two sections of the APMC Act so as to 1) Limit the powers of the APMCs and 2) Enable the farmers to sell their produce directly to the private players. These amendments although without an iota of doubt ends the APMC’s monopoly over the farmer’s produce and reinforces the farmers’ ‘right to choose’, what is also required to be conclusively evinced is that the ‘laissez-faire market’ and ‘freedom to contract’ are beneficial to the farmers as well as the economy in the long run. In other words, this ordinance in order to achieve its objectives must secure a green-tick in the checkbox of it having a rational nexus with the end goals sought. Therefore, the questions that now naturally arise are that – Can a farmer have an equal bargaining power without the intervention of the APMCs? What are the potential pitfalls that need to be foreseen and addressed? and Do these policy changes have any implications on food security?

Cost-Benefit Analysis of the APMCs

The role of the APMCs prior to the amendment was that of being a sole ‘go-to medium’ between the farmers and the traders. The reason why the concept of APMC was brought into the picture in 1966 was to ease the burden of the farmers who had to not just cultivate crops and tend to it constantly but even paddle one’s own canoe for selling the agricultural produce. This additional burden was exacerbated by the middlemen who paid the farmers much below the market rate. The APMCs constituted of democratically elected farmers, traders, warehouse owners etc were endowed with the duty to preserve the agricultural produce in the cold storage and auction it the next day at 2pm. Further, when the Government came up with the MSP or Minimum Support Price, the farmer was not in a position to demand it from the procurer and APMCs played a key role in enforcing the same. But like Lord Acton has rightly pointed out that “power corrupts and absolute power corrupts absolutely”, the APMCs’ too were not an exception to this and over the years, several allegations surfaced to the forefront regarding the lack of its accountability and despite it being allowed to take commissions only from the traders, it overstepped and took commissions from the farmers too. Further, it was also alleged that the Committee indulged in the formation of cartels and limited the scope of competition. It was drawbacks as these that the amendments to the APMC Act sought to avert. These amendments instead of placing an oversight machinery to act as a watchdog against the whims of the Committee decided to make a complete overhaul by limiting APMCs’ jurisdiction to its yard and no further. This move has effectively abandoned an age-old lesson, learnt during the 1960s, that the farmers required government intervention qua APMCs so as to secure an equitable deal from the traders.

The Chief Minister under the banner of “My Crop, My Right” hailed the amendment and stated that it would “double the income” and give effect the vision of PM Modi’s “No injustice to farmers”. However, the skyline that the Government missed here was that in a ‘freedom to contract’ system, the private players would always have an upper hand in dictating the terms of the contract simply by virtue of their expertise in commerce and ability to afford expensive legal services. This disproportionate influence over the contract can compromise the welfare of the farmers because a farmer stands in no position to secure an equitable deal on his own, owing to his/her poor education and inability to independently determine the price signals, let alone his/her ability to understand the nitty-gritty of contract deals. This calls in for Government intervention through passing a Model Contract Farming Bye-law that would require the contracts between the farmer and private players to comply with certain provisions such as that of fixed price floors to safeguard the interests of farmers. The Bye-laws must also include clauses levying an upper limit on the quota of agricultural produce a private player can procure from a single farmer so that it would ensure multiple farmers being benefited simultaneously.

Despite dating back to seventy-seven years, the horrors of Bengal famine ‘engineered’ by a company that ruthlessly enforced the policy of making farmers grow commercially viable crops such as indigo at the trade-off of crops essential for human consumption runs fresh in the memory of crores of Indians. Although the present-day companies are not in a position to coerce the farmers, they still can exercise a substantial soft-power over the decision making of the farmers. This kind of influence is more subtle and indirect because the companies can incentivise the farmers to cultivate those crops that would entail an increased marginal profit for them. The companies although are per se not coercing the farmers to grow cash crops trading-off the cultivation of edible crops, the lure of profit is extremely illustrious especially when the farming community has a history of being paid below the market rates. For example, when a farmer selling edible crops will gain an income much lesser than the profits that can be gained through cash crops, then any rationally thinking farmer would choose the latter over the former. The larger picture here would be that the food security will be adversely affected when farmers have a diminished incentive to grow edible crops. Further, it will lead to an increase in the demand for edible crops and this, in turn, will hike the price of consumables and effectively leave out the majority of below poverty line citizens from being able to afford basic essentials such as ‘roti and subji’ for consumption. There is an overwhelming need for the Government to include in its Model Contract Farming Bye-law (as suggested above) provisions that limit the quota of produce a private player can procure from the farmers so that no single crop is cultivated neglecting the other essential crops that are necessary to ensure food security. Without introducing the safeguards, the Government, in the long run, will be left without any option but to intervene and subsidise the food prices to make it accessible; correct the distortion of food security to restore its availability. But alas the horse would have already left the barn by that time and the whole idea of liberalising the agriculture sector would be rendered as a self-defeating exercise.

While the Coronavirus pandemic has left the Governments reeling about future, the Government would have done well by taking a birds-eye view to ascertaining the potential pitfalls that the liberalisation of the agriculture sector in the present form would entail. The need of the hour was not to wash its hands and leave the farmer to fend for himself but to untie the hands of the farmer and at the same time instate certain legal safeguards in order to ensure that the farmer would secure a fair deal out the contract, the private players would not exploit the laissez-faire market and the food security would not be held to ransom by profit-driven agendas.