After a series of flawed policy decisions, India’s high-flying airline has come to a grinding halt 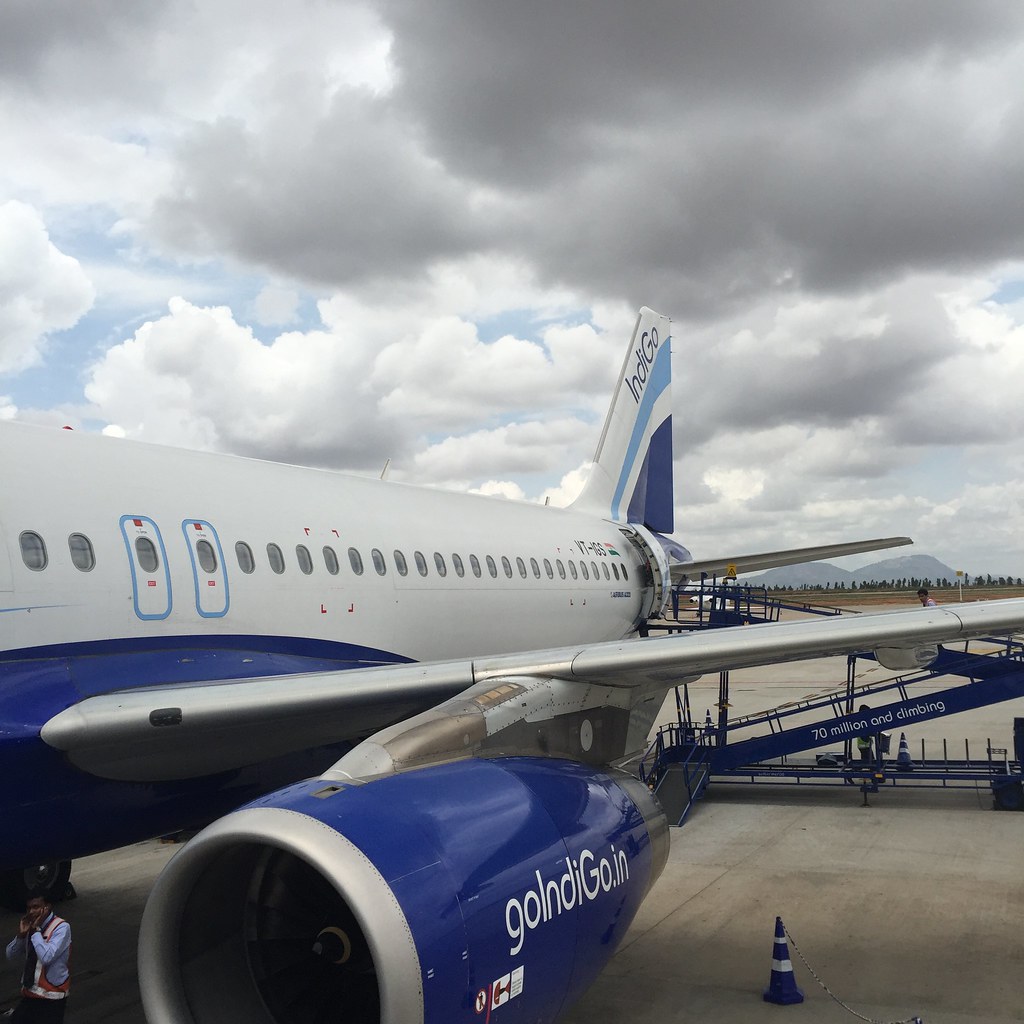 At a time when the successful domestic carrier IndiGo plans to go international, it has run into a spate of trouble. It has suffered a 97% drop in profits in the June quarter compared to the same quarter last year and profits have dropped to a mere Rs.27.8 crore from last June’s Rs. 811 crores. This has left the company reeling and shocked the industry. It has been claimed that this fall is a result of exchange rate and fuel price pressures. But something else is in play here. In this post, I seek to argue that the real reason behind this reduction in profit is the recent aircraft shopping undertaken by the company.

Since taking off in 2006, IndiGo has captured 41% market share in the Indian aviation sector and is the most profitable Indian low-cost carrier. It boasts an enormous fleet of 136 aircraft, and its USP is its on-time performance, and low-cost, no-frills business model. A large part of its success can also be attributed to its method of owning an operating aircraft, a model known as ‘sale and lease-back’. IndiGo purchases aircraft from manufacturers and sells them to a leasing company, such as a bank, at market price. The company then leases the aircraft back to IndiGo for operations. By buying directly from the manufacturers IndiGo receives a better price than leasing it out from them, and by re-selling it on favourable terms they can raise substantial funds, especially while purchasing in bulk. This is a strategy often used by cash-strapped airlines to generate quick funds. It also helps airlines save on depreciation costs and the money generated can be pumped into more productive aspects of the business. IndiGo has managed to keep its debt levels much lower than its competitors by using this sale and leaseback model. Moreover, it has also made a neat profit of $4-5 million per aircraft sale.

What took most pundits by shock in early 2017 was that IndiGo decided to shift from its highly profitable sale and lease-back model to an outright purchase of aircraft. This was the first signal of turbulent skies ahead. The reason for this was that its newly purchased A320 neo fleet was performing less than efficiently, and lessors were no longer interested. The problem with the A320 neos snowballed in the coming months and several instances of faults were reported, and continue to be till date. Engine and combustion chamber snags often cause the entire engine to shut down. The aircraft are also plagued with a host of other issues such as oil chip problems, air-fuel leaks, and hydraulic fluid leaks. With the largest neo fleet in India, and with the Directorate General of Civil Aviation (DGCA) keeping a hawk’s eye on its operation, these aircraft are bleeding money for Indigo, in maintenance costs, and loss due to delays and cancelled flights. In 2017 IndiGo reported over 14,620 technical snags with its fleet. In March 2018, the DGCA grounded 11 A320 neo aircraft after a series of technical failures. This came as a huge blow to IndiGo as every one of the aircraft does 8-9 flights a day, in a watertight turnaround time. Another 5 aircraft have currently been grounded until August 15, while the company waits for the replacement engines to arrive.

Another cause of its troubles is the tough competition from rivals like Spice Jet, Air Asia, and Vistara who have been showering discounts in an already tight market, forcing IndiGo to keep up despite its financial woes. Traditionally, the 0-15 day period before a flight is when airliners make the most money by increasing their ticket prices; but lately, most companies have been undercutting in even this phase. The increased pressure has resulted in subdued ticket sales for IndiGo which is a price-taker in the intensely competitive market. This is compounded by its loss from a reduced number of air-worthy aircraft, mounting air-fuel costs, and plummeting exchange rates. As a result stocks of the parent company, Intergloble Aviation Ltd. have nosedived 22%, and investor confidence is at an all-time low. Earlier IndiGo’s proposal to bid for Air India has also seen its stock price fall.

In addition to these, there have also been several other issues plaguing the beleaguered airliner. In 2017, it lost a legal battle against Delhi International Airport after it refused to comply with the order to relocate its operations to Terminal 2. There have also been customer-service related issues, such as when an IndiGo staffer was found manhandling a passenger on the tarmac. The company has been receiving severe flak from passengers, further worsening its brand value. The company claimed in January that its profits rose by 56%, although this was largely due to the improvements in foreign exchange and compensation received from Pratt & Whitney for the faulty A320 neo engines. With matters having come to a head, the company’s President Aditya Ghosh stepped down in July leaving a vacuum of leadership at the top.

While there may not be clear skies in the near future, all is not lost for India’s only profitable airline. It continues to be the dominant player in the market, with one in two air passengers flying IndiGo. Its punctuality and efficiency of operations is unparalleled in India, if not worldwide. From the earlier sale and lease-back model, it has kept its debt low and has sufficient liquidity on hand. Yet, the decision of outright purchase does not seem like the most economically viable option on hand considering that even though absolute flyers numbers are increasing, tough competition and rising input prices has made it difficult to pass the cost onto flyers. Their plans of international expansion will also have to be kept in abeyance till it recovers its position in the domestic market. It also remains to be seen what measures are taken by the new top management which takes offices this month.

The question that arises next is whether all will be well once the grounded A320s take flight. This may not necessarily be the case. While it will reduce pressure on operations, the rising costs of inputs and undercutting by rivals seems to be going nowhere. IndiGo must, therefore, like all its competitors, fasten its seatbelts and weather the storm.