Who should Governor Vala have invited to form the government: Single largest party, OR the post-poll alliance? 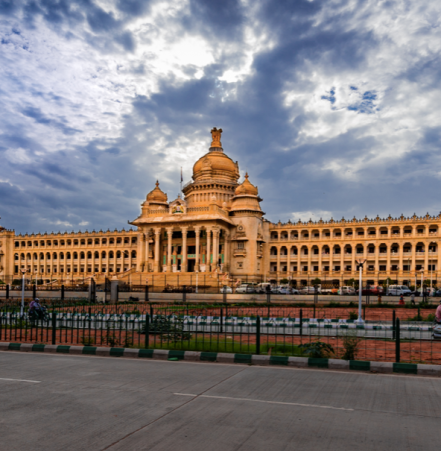 Whataboutism, i.e., the logical fallacy of responding to an accusation by making a counter-accusation, aptly describes the legal and political climate in Karnataka. Formation of government in the state is not is not an exercise in the rule of law as it should have been, but a sorry tale of how different regimes have misappropriated precedents of government formation in other states. While the Congress-JD(S) alliance is citing instances of Goa and Manipur, BJP is citing the Bommai decision and how the Congress had misused the Governor’s discretionary power to appoint state governments in the past.

In this post, I will analyse the framework provided under the law to deal with the situation of hung assembly as has emerged in Karnataka. I will decipher the law of the land, as laid down by the Supreme Court in Bommai and Rameshwar Prasad, and the Sarkaria Commission Report. When read together, these sources seem to lay down an operating procedure for the present situation in the Karnataka Assembly. An analysis of the same will naturally lead to an examination of the constitutionality of the floor test that has been ordered by the Supreme Court.

A number of politicians, both from BJP and Congress, have cited the infamous case of S.R. Bommai v. Union of India during government formation in different states, as and when it favours their stance. Recently, however, academic and legal attention has been focused on ¶396 of the decision, a perusal of which makes it abundantly clear that the case does not lay down the law regarding the procedure to be adopted by the governor after a general election. Therefore, is Bommai relevant at all? Or is the new found enlightenment really worth something?

To answer this, we must return to Jurisprudence 101 and learn to appreciate the difference between Ratio Decidendi and Obiter Dicta in a case. The relevant paragraph, i.e. 396, states:

“…It (the case) is not relevant to a situation arising after a general election where the Governor has to invite the leader of the party commanding majority in the House or the single largest party/group to form the Government.”

Evidently, therefore, the case is not relevant for a hung assembly. However, the Supreme Court did make an observation regarding Governor’s role in such a situation.

The Supreme Court, despite refraining from making a direct comment on the situation, tangentially observed that the Governor has to invite the leader of the single largest party/group to form the government. Hence, Bommai is relevant only when there exists no other authority towards the legal solution of a hung assembly. However, if there are other authorities which even remotely deal with the question, Bommai must lose its relevance.

The Sarkaria Commission dealt extensively with the question of hung assembly and laid down that the governor has to give the chance of forming the government to:

If not then, the single-largest party with support of others.

Third, the post-electoral coalition with all parties joining the government.

And as a last resort, the post-electoral alliance with some parties joining the government and the remaining, including Independents, supporting from outside.

The relevant question is: What is the criterion for the Governor to decide between the single largest party, and a post-poll alliance? Unfortunately, there is no correct answer. Further, there is a worrying lack of policy guidance when it comes to determining the veracity of claims made by a post-poll alliance. If the Governor decides that their claims are ambiguous, he might choose to prefer the single largest party to form the Government. This problem was noted by Puncchi Commission, which observed that in cases of narrow majorities, there are no uniformly accepted conventions.

To this date, the apex Court has not directly addressed this issue. However, in the Rameshwar Prasad case, the Court laid down an important principle that is directly relevant to the situation at hand: when a claim has been staked by the single largest party, and a post-poll alliance, the Governor should invite the side which can maintain a ‘stable majority’.

Therefore, the decision is seemingly left to the Governor’s discretion. If he feels that the single largest party is capable of forming a stable government, he can exercise his power to invite them. However, this exercise of discretion cannot be arbitrary, and must stand the test of ‘reasonable exercise of discretion’ under Article 14.

The Karnataka Situation: Conclusion and Take-away

Given the legal position described above, was the Governor’s invitation to Mr. Yeddurappa to take the oath intra vires the law? There is no clear answer. As explained above, the Governor must decide on the basis of his reasoned discretion. The letter addressed by the Governor to Mr. Yeddurappa (which is incidentaly the only official public document of this entire transaction) did not mention why the latter is being invited to form the Government, i.e., if according to the Governor the claims made by the Congress-JD(S) alliance are ambiguous. Therefore, a lot is left to assumption.

To put it simply, Could Governor Vala call upon the BJP to form the government? Yes. Was it done in accordance with the procedure under the constitution and the law? No.

2 thoughts on “Karnataka: The Politics of Last Resort”